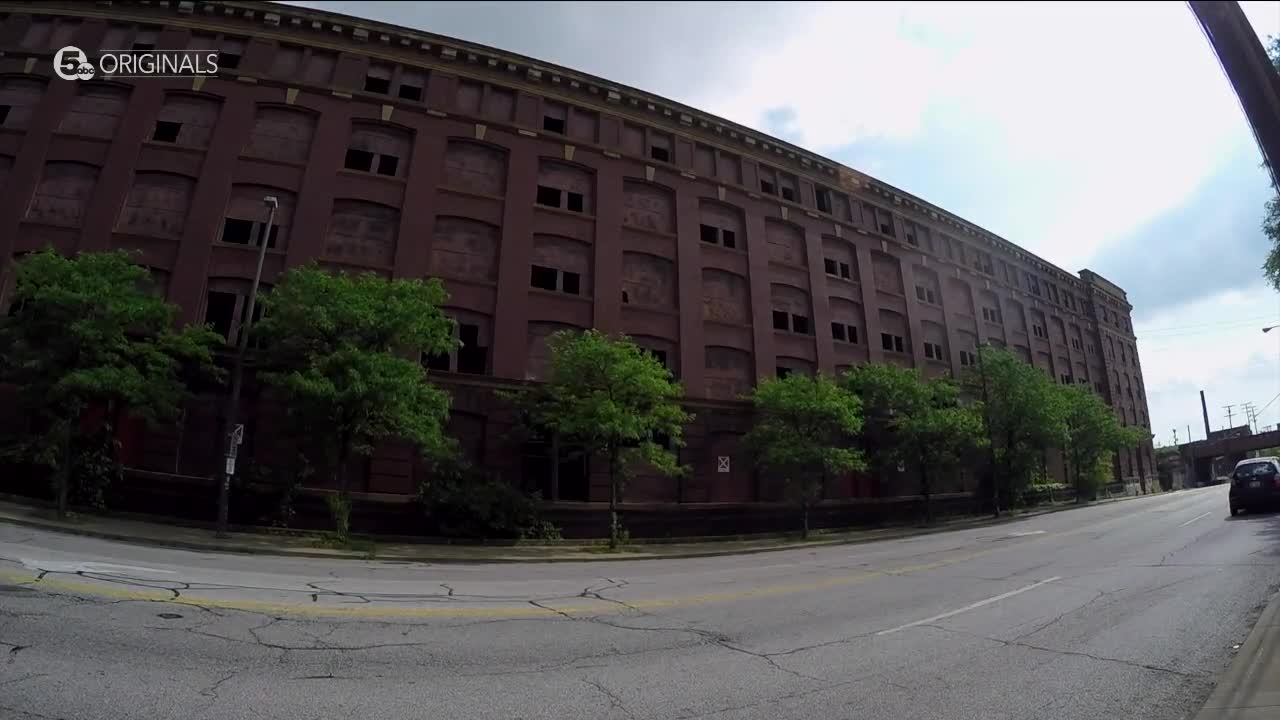 A massive, historic building near the corner of East 55th Street and Carnegie Avenue is the latest landmark in the attempt to revitalize the community around East 55th. 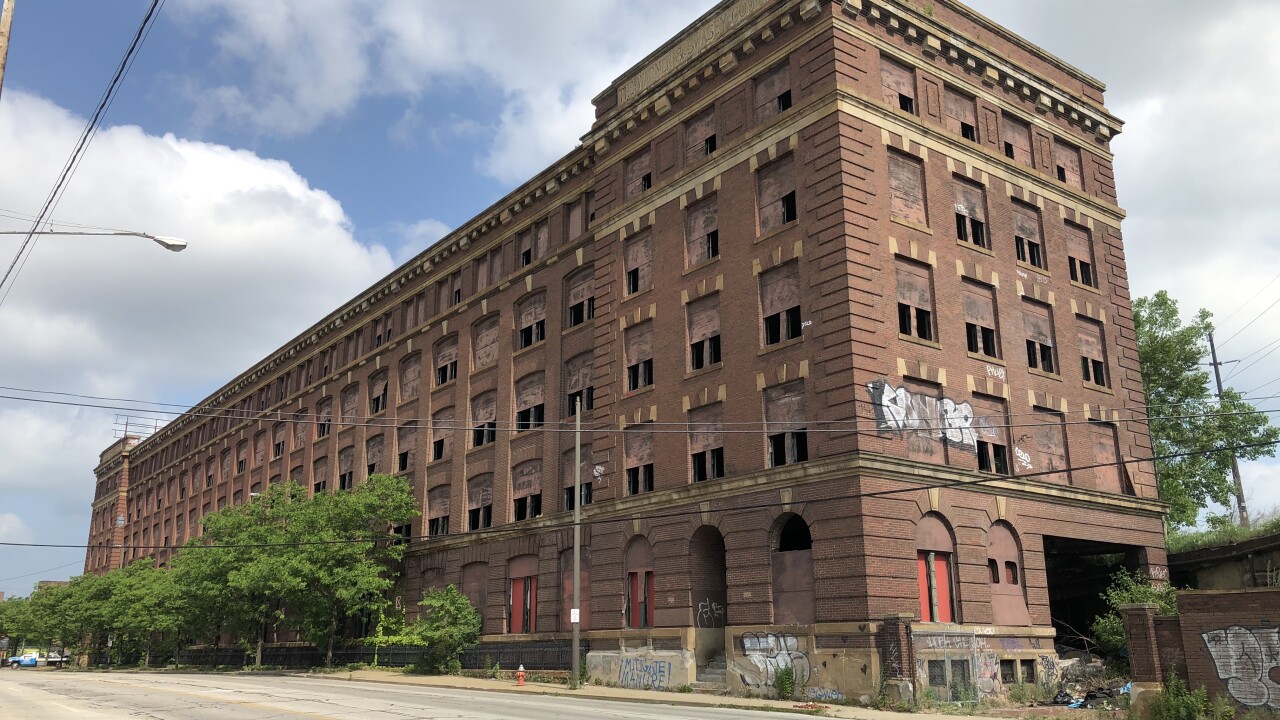 CLEVELAND — A massive, historic building near the corner of East 55th Street and Carnegie Avenue is the latest landmark in the attempt to revitalize the community around East 55th Street.

The old location of the Warner and Swasey Company is slated to be developed into 140 residential units on top of 30,000 square feet of commercial space by Pennrose.

“The Warner & Swasey Co. was once a leading manufacturer of machine tools, with a world-wide reputation for its telescopes and precision instruments,” writes Case Western Reserve University’s Encyclopedia of Cleveland History.

While Tajj Mubarek waits for his RTA Healthline bus, he can see how his neighborhood is better today than it was just a few years ago.

“It’s clean, it’s peaceful,” said Mubarek while waiting for the bus around the corner from the old factory.

New buildings have filled in what would otherwise be vacant lots, but the Warner & Swasey Company building has been vacant for years.

“It’s one of the most visible vacant structures on Carnegie that gets more than 30,000 cars a day,” said MidTown Cleveland Executive Director Jeff Epstein.

That’s why Epstein says the plans for residential units at a variety of price points will not only reuse an old building but also help the surrounding neighborhood.

The units will be available for seniors, people with housing vouchers, with others at workforce market-rate prices.

“Workforce housing is really targeted to still be affordable to the workforce in that area,” said Pennrose Midwest Regional Vice President Lasserre Bradley.

“We need to ensure in the city that we are developing a spectrum of housing at a variety of different price points,” said Epstein.

Other developers have tried to make projects in the Warner & Swasey building work before with no results. Epstein hopes the investments made recently by Dave’s Supermarket, University Hospitals and Link 59 show the area can support the project now.

Still, paying for the $50 million project is incredibly complicated and relies largely on low-income and historic tax credits.

Most recently, the Ohio Housing Finance Agency Board awarded the project low-income tax credits as part of its 2020 Housing Tax Credit program awards.

But another tool in the financial toolbox is Opportunity Zone investments.

Opportunity Zones are geographic locations where, “economically distressed community where new investments, under certain conditions, may be eligible for preferential tax treatment,” according to the Internal Revenue Service.

The designation allows for Capital Gains, money made from selling off stocks, bonds, or real estate, to be reinvested in certain projects for a tax break.

Before the coronavirus, “the stock market had one of it’s best decades in history,” said Fund for our Economic Future Director of Regional Engagement Bradford Davy.

He says that historic success created a lot of stock liquidation when the virus hit, causing the stock market to tank.

“We would expect too see significant numbers of capital gains, especially investors selling off those assets,” said Davy.

That situation could create a windfall for Opportunity Zone projects like the Warner & Swasey building.

Bradley says the project would happen even without any Opportunity Zone funding but having it as an option could help eventually.

When the renovation is done, he expects a lot of people to be looking for affordable housing.

“Coming out of this economic impact, nationwide and on a local level, the need for affordable housing is only going to be that much more amplified,” said Bradley.

With 30,000 square feet of commercial space planned for the street-level space, Bradley says the hope is to reference the building’s manufacturing history in it’s future.

“We’re really hoping to create some integration between those residents and those job opportunities with a focus on job training,” said Bradley.

Pennrose says they’ll keep pulling the project financing together through the end of 2020 and hope to start construction in the first few months of 2021.