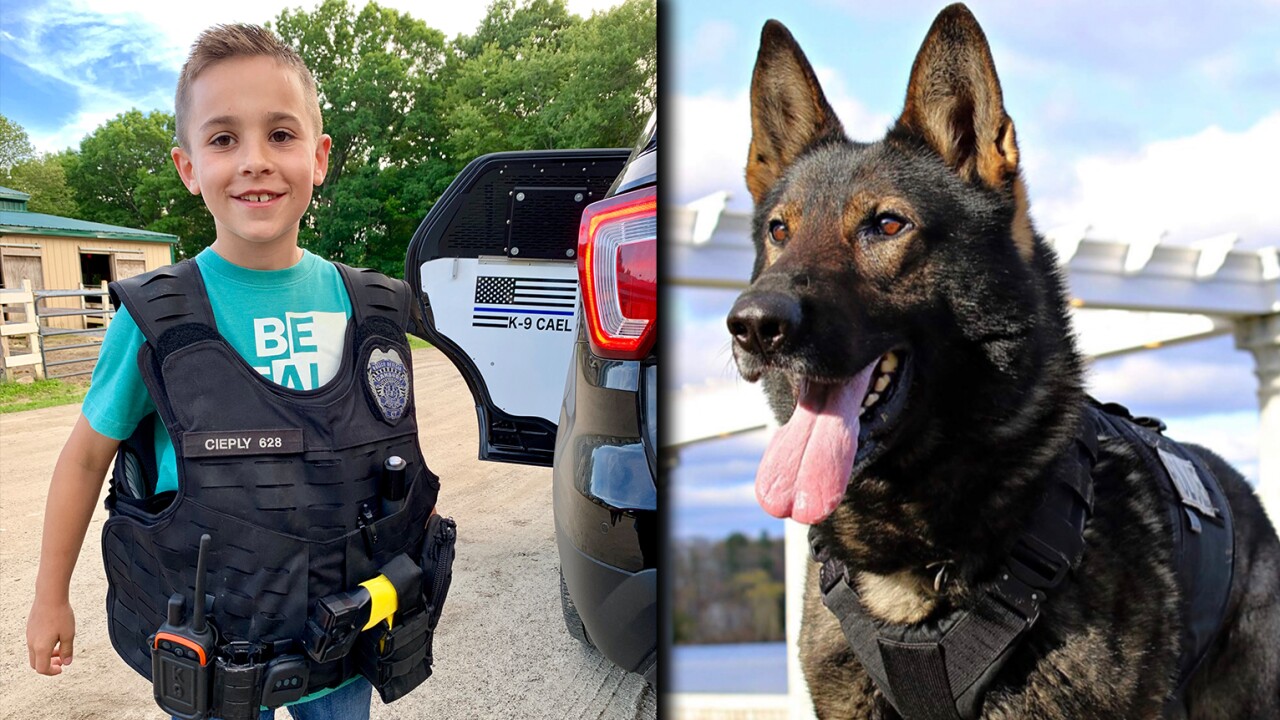 STRONGSVILLE, Ohio — A 10-year-old boy from Strongsville will be heading to New York City next week to receive an award from the American Society for the Prevention of Cruelty to Animals.

In 2018, Brady Snakovsky started Brady’s K-9 Fund with the mission to “donate practical, mission-ready vests to as many police K-9s as possible." Since starting this fund, he’s been able to raise enough money to provide vests to nearly 130 K-9 officers across 17 states, with another 59 K-9 officers on a waiting list.

Thanks to his efforts, Brady was named the 2019 ASPCA Kid of the Year, an honor given each year to a child who has made a unique and impactful commitment to animal welfare.

“I’m proud that I will be honored as the ASPCA Kid of the Year. It feels so great to be recognized for an important cause that I care about,” Brady said.

The 10-year-old said he’s always liked watching police shows and dressing up as an officer, but when he noticed many dogs weren’t wearing ballistic vests like their human partners, he grew concerned.

Brady and his family learned that not every dog gets a vest because they are so expensive, so they decided to try and make a change. A GoFundMe page created by Brady has brought in nearly $100,000 to help Brady’s K-9 Fund, but Brady isn’t done yet.

He hopes that he can get all of the K-9 officers on the waiting list their vests and continue adding to the list until all the dogs on every police force are equipped with protective gear.

Brady has a long time to decide what he wants to be when he grows up, but right now he’s content with playing with his two dogs, Julia and Leo and helping the K-9 officers across the country stay safe while they protect citizens.

The ASPCA Kid of the Year Award will be presented to Brady on Nov. 14 at the ASPCA Humane Awards Luncheon in New York City.