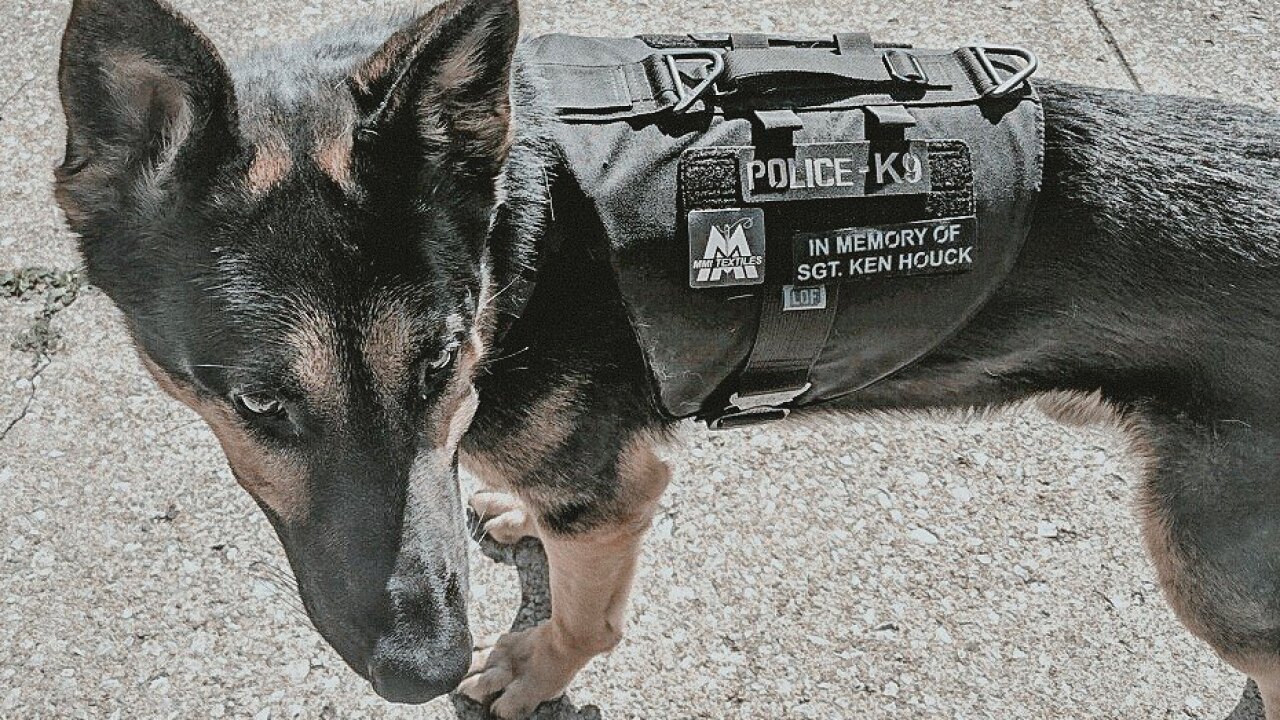 WESTLAKE, Ohio — A special K-9 officer named Kubo with the Greater Cleveland Regional Transit Authority Transit Police will become the newest recipient of a custom-designed protective vest, thanks to the hard work and the generosity of a 10-year-old Strongsville boy who raised funds to purchase vests for other K-9 officers across the area.

In 2018, Brady Snakovsky, of Strongsville, started the Brady’s K-9 Fund with the mission to “donate practical, mission ready vests to as many police K-9s as possible." Since starting this fund, he’s been able to raise enough money to provide vests to more than 130 K-9 officers, with another 60 on a waiting list.

Kubo is RTA’s only dual-purpose K-9 officer who is equipped to go on both bomb and patrol missions. He was first put on the waiting list in the spring of 2018 after Brady met RTA’s K-9 team.

The vest that Kubo will wear was donated by MMI Textiles in Westlake and was manufactured by Line of Defense, a Canadian company that makes body amour and tactical gear for military, police and K-9s. MMI Textiles' national account manager, Geoff Senko, was touched by Brady’s mission because it hit close to home and wanted to get involved in the efforts. Senko’s grandfather, Sgt. Ken Houck, served as a police officer.

Kubo’s vest is designed with a special patch in memory of Sgt. Houck.

Each vest is custom fit and made of bullet proof, moisture-wicking material. The vests are about $1,000 and take about 90 days to manufacture.

Since the fund started, vests have been donated to help K-9s in Connecticut, South Carolina, Florida, and of course Ohio, among many others.