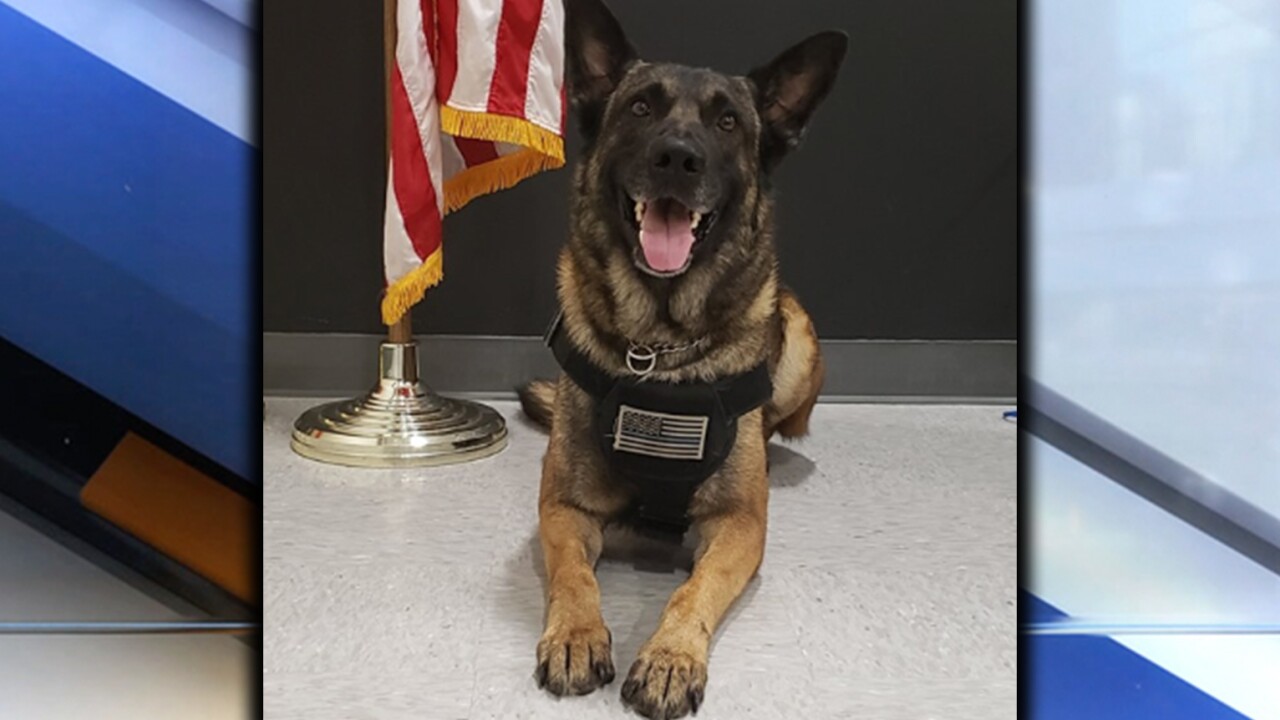 SIDNEY, Ohio — A Shelby County Sheriff's Office K-9 is being hailed as a hero for sniffing out the location of a missing 3-year-old child on Tuesday.

Just before 1 p.m., deputies responded to the 15000 block of Sidney-Plattsville Road, Sidney, in Shelby County for a report of a missing child, according to authorities.

Within minutes of arriving on scene, K-9 Bandit picked up the scent and led his handler to the missing child, the department stated.

"This is exactly why we have dog units, watching this track you could tell very well that Bandit had the scent of the child and was well on his way to finding him," the department said in a Facebook post.