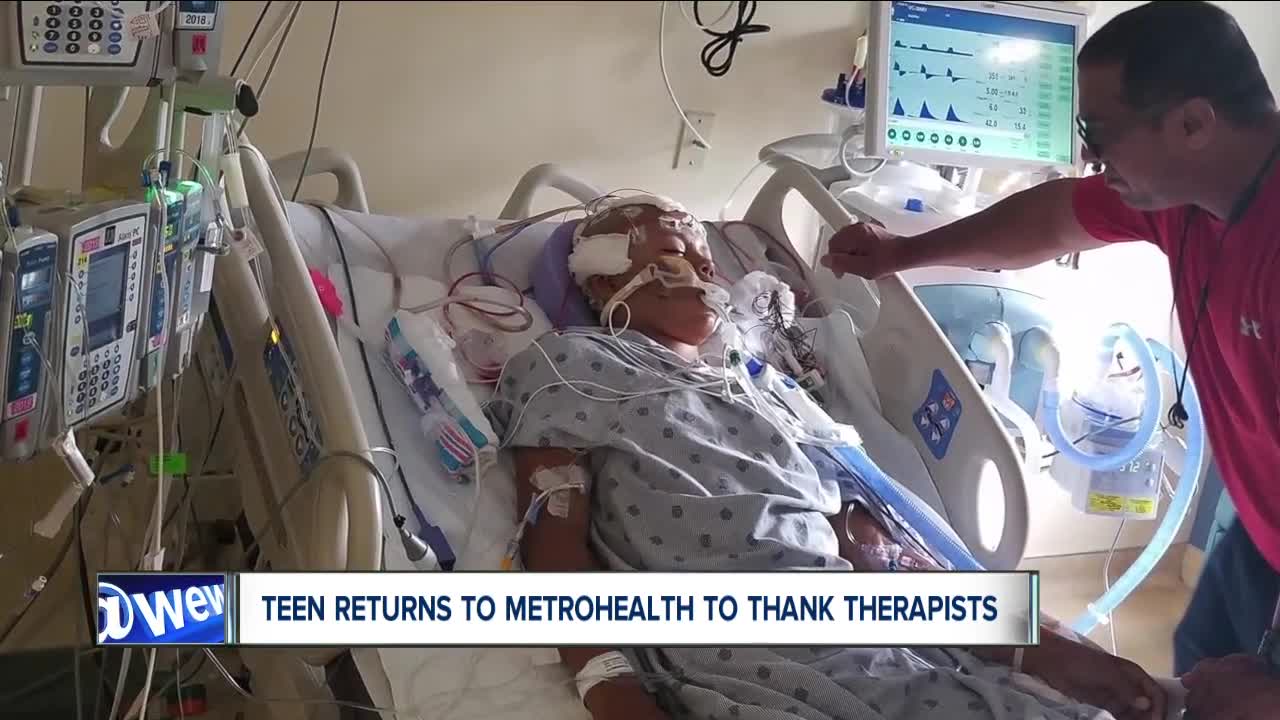 Nearly a year and a half after Ramon “Chito” Zayas was hit by a car, he returned to MetroHealth Old Brooklyn’s Rehabilitation Center to thank the therapists, doctors and nurses who helped him recover. 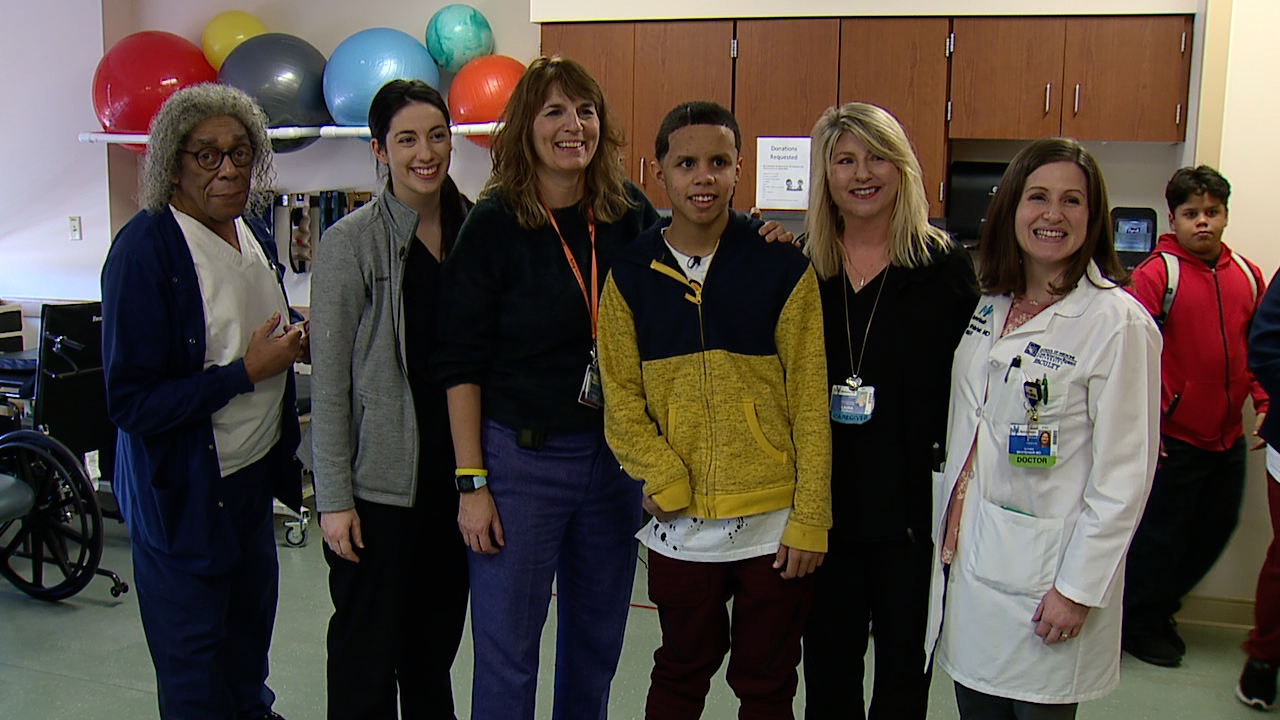 CLEVELAND — Nearly a year and a half after Ramon “Chito” Zayas was hit by a car, he returned to MetroHealth Old Brooklyn’s Rehabilitation Center to thank the therapists, doctors and nurses who helped him recover.

“He’s a miracle,” said Chito’s father, Ramon Zayas. “He’s a miracle because knowing that all the odds [were] against him, and he pulled through.”

Right before the accident, his mother Elizabeth Zayas said Chito was in the house.

Moments later, Chito was hit by a car.

“I was screaming like crazy,” Elizabeth said. “I was like, ‘God, God,’ that’s the only thing that came out.”

Ramon said he knew “something big was happening because his right side kind of got tense, his mouth turned a little bit.”

“The ambulance came and they were like, ‘You’re going to be okay,’” Chito remembered. “I was like, ‘If I’m okay, what am I doing here?’”

Chito spent about three weeks in the ICU at MetroHealth with extensive brain injuries.

Ramon said that although the family saw Chito in bad shape, they “knew deep down in our heart that he would fight, that he wasn’t going to leave us.”

Elizabeth said a member of her church gave her encouraging words from God about why this was happening.

“After that, I didn’t care what the doctor said negative,” Elizabeth said. “I didn’t receive no negative words. I was like, ‘I stay firm, what God told me, and that’s it.’”

“When they did the first operation, they said, ‘It’s gonna be a long road if he makes it,’” Ramon said. “I said, ‘At least we’re gonna have a road to go through.’”

That road was bumpy at times, but the family’s faith in God helped see them through. Chito couldn’t recognize people, walk, talk or move, according to his father. After the ICU, Chito was transferred to a rehab center at MetroHealth in Old Brooklyn to learn how to walk and talk again.

He returned on Dec. 20, the day after he turned 16, to thank the team who helped him make so much progress.

“At this time last year, he was not able to walk. He was just starting, I think, to hold his head up,” Angela Wolf, a physical therapist, said. “And this time, this year, for his birthday, he’s walking, dancing, singing. It’s incredible.”

Wolf and the other therapists, doctors and nurses caught up with Chito and his family, as he showed them all he could do physically.

“To see him all smiles and coming in, being a ham, doing his thing, it’s really, it’s awesome,” Wolf said, describing Chito as one of the team’s “miracle stories.”

Ramon said the family was “grateful beyond belief” with “no words to express the kindness, the love that we received at Metro,” as well as from members of their church and even strangers who prayed for their son.

There have been some changes in Chito since his accident. His mother and father said he’s much more talkative, and while he could speak a little Spanish before, he’s now able to speak it much more proficiently.

Chito is home schooled right now, but the family expects he’ll return to high school at John Marshall at the beginning of next school year. Even though he still faces challenges, his family is grateful to have him back.

“He was in bad shape, he could’ve died,” Elizabeth said. “But if a God that I serve told me that this is for him to glorify…”

“He didn’t have no chance,” Elizabeth added.