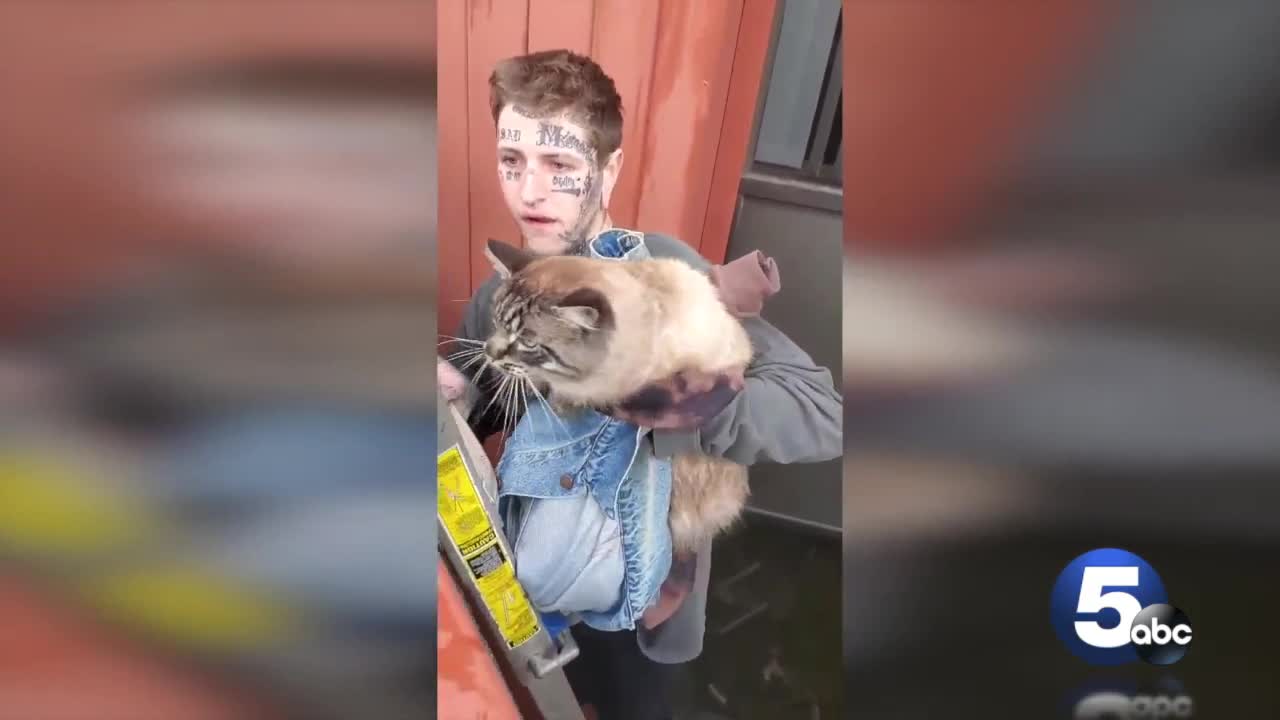 Employees at an Akron tattoo shop worked together and rescued a cat that had wandered away from home and gotten trapped in an opening of the building on Thursday afternoon. 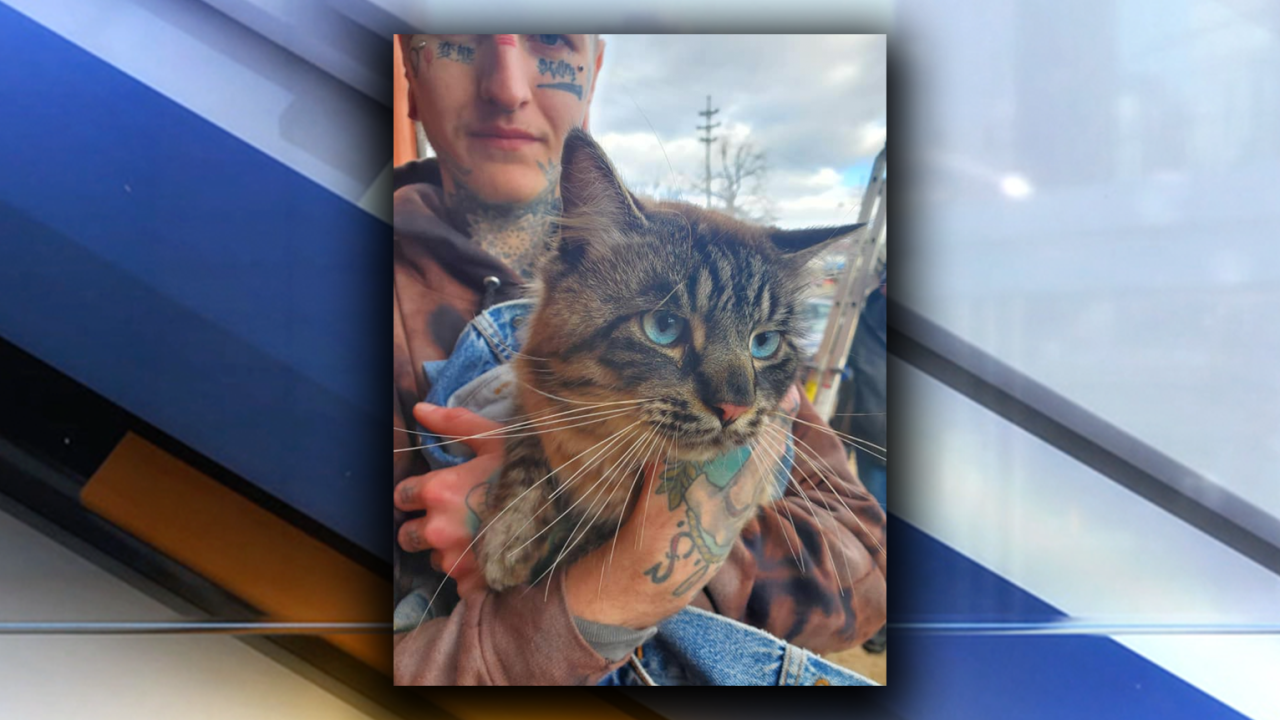 AKRON, Ohio — Employees at an Akron tattoo shop worked together and rescued a cat that had wandered away from home and gotten trapped in an opening of the building on Thursday afternoon.

Conner Cray is a tattoo artist at Assassin Tattoo Studio on West Market Street in Akron. He was outside of the shop when he noticed an animal in an opening of the building. The area has no windows or doors and has about a 15-foot drop down to the ground.

Cray ran inside and told the shop manager, Lauren LaPinta, along with other employees of the shop.

LaPinta said she called Animal Control and a few rescue organizations, who said they’d call back.

Seeing the cat was cold and afraid, and not knowing how long it had been there, the employees of Assassin Tattoo Studio decided to rescue the cat themselves.

Cray was so adamant about rescuing the cat he thought about jumping down into the opening.

“I was just going to climb down halfway, jump and then climb back up,” Cray said. “The guys wouldn’t let me.”

Luckily for Cray, since the shop just opened at its new location, they had ladders that were the perfect height. So Cray decided to climb down the ladder and retrieve the cat.

“To be honest, I thought he was going to [hurt] me because he was so stressed and yowling,” Cray said. “As soon as I touched his head I knew he wasn’t aggressive, just scared.”

Cray used a sweater and a jacket to wrap the cat up and carry him back up the ladder.

LaPinta recorded the entire rescue on her phone and posted it to Facebook. She said they knew he had a home because he was well-groomed and a healthy weight.

Cray took the cat home with him where he and his girlfriend gave him shelter for the night.

On Friday afternoon, the cat’s owners, who live down the road, came into the shop and Cray took them to pick up their pet.

The cat, named Ash, is on his way back home after a very scary experience—made better by the kindness of the tattoo studio's employees.