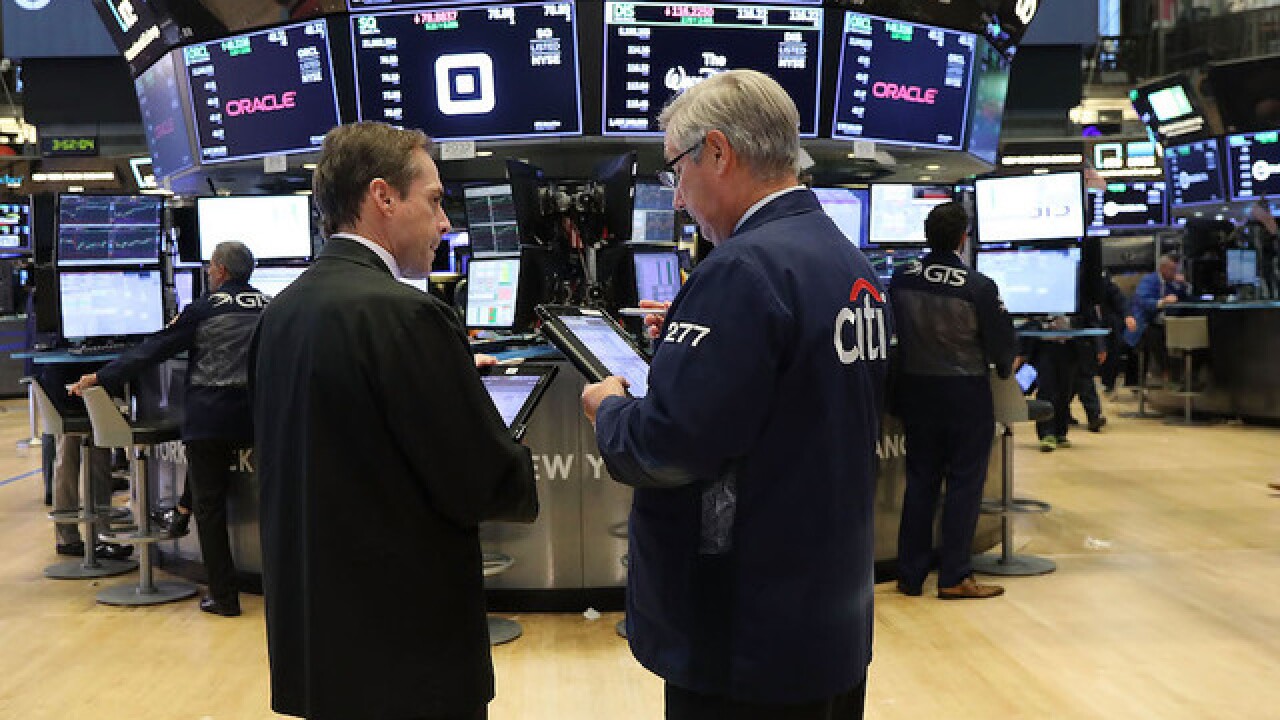 Image copyright 2018 Getty Images. All rights reserved. This material may not be published, broadcast, rewritten, or redistributed.
Spencer Platt
<p> Traders work on the floor of the New York Stock Exchange (NYSE) on October 16, 2018 in New York City. </p>

Wall Street does not like the mixed messages coming out of the White House on trade.

The Dow closed for the day down 588 points.

Stocks had been trading higher earlier Friday, but the market turned sharply lower following conflicting messages coming out of the Trump administration about trade.

"We've gotten a hodge-podge of mixed messages from people in the same administration," said Art Hogan, chief market strategist at B. Riley FBR. "We're not sure who we're supposed to listen to."

Investors also received a softer jobs report on Friday. The Labor Department said the United States added 155,000 jobs in November, missing expectations for a gain of 200,000. But the labor news did not trigger a selloff and some traders likely figured the slowdown in hiring will reduce pressure on the Federal Reserve to raise interest rates.

Worries about the negative consequences of the trade war and hopes for progress have launched Wall Street on a wild ride of late. The US-China ceasefire sent stocks soaring on Monday. But doubts about the truce helped knock the Dow nearly 800 points into the red on Tuesday. And then the Dow plunged 785 points on Thursday before staging a huge comeback.

"It doesn't feel like much of a ceasefire," said Ed Yardeni, president of investment advisory Yardeni Research.

Senior administration officials have alternated between good-cop and bad-cop on the trade front.

Kudlow told CNBC on Friday that the trade talks with China are "extremely promising."

Kudlow, director of Trump's National Economic Council, said that Trump has indicated he might be willing to extend the 90-day negotiating window if there's "good, solid movement and good action."

Navarro, the trade hawk of the White House, struck a different tone on CNN. Asked whether the administration would walk away if issues with China are not resolved within 90 days, Navarro suggested Trump would "simply raise" existing tariffs on $200 billion worth of Chinese goods.

If China fails to change its ways on trade, "we have a president that's going to stand up to that for once," Navarro said.

Navarro also championed the nearly $12 billion that the United States has raised from tariffs, even though that money is being mostly paid by American consumers and businesses.

"We keep getting conflicting reports out of those guys," said Joe Saluzzi, co-head of trading at Themis Trading. "The markets are confused."

Trump himself has added to the confusion. While Trump has spoken of a desire to make a deal with China, the president also alarmed some investors by calling himself a "Tariff Man" on Twitter on Tuesday. That tweet was blamed for helping to send the market plunging.

Yet on Thursday evening, Trump said on Twitter that he agrees with a recent encouraging statement from China expressing confidence of a trade agreement within 90 days.

"Today is a microcosm of what we've had all week: mixed messages," said Hogan. "Every message has contradicted itself."

Hogan pointed to the confusion over a central issue: when the 90-day clock on negotiations began. At first, Kudlow suggested the period began on January 1. The White House later corrected Kudlow to clarify that 90 days began the date of the dinner, December 1.

The stock market would have dropped more on Friday if it weren't for a rally in the energy sector. Oil stocks like EOG Resources (EOG) and Anadarko Petroleum (APC) were bid higher after OPEC and its allies reached a deal to significantly cut production. US oil prices closed 2% higher on the news.