Netflix to cut back on smoking after 'Stranger Things' criticism 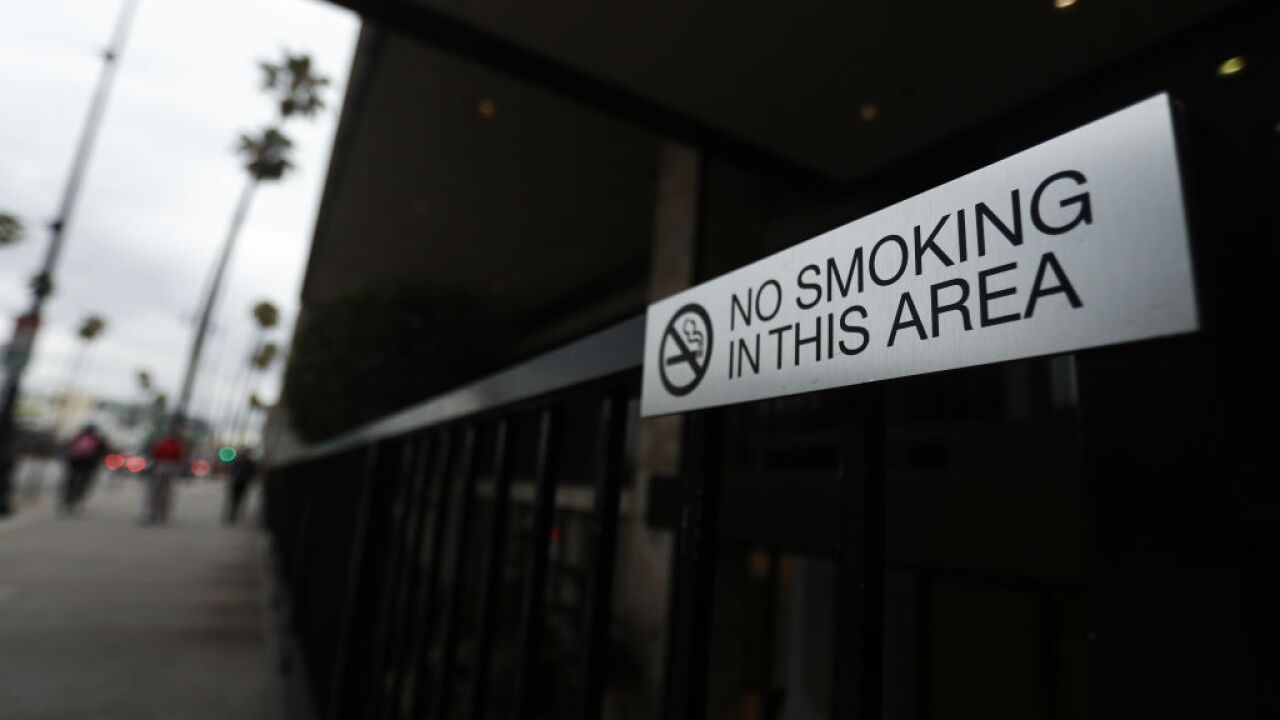 Netflix has promised to curb depictions of smoking in new programs following a report that pointed a finger at its hit series "Stranger Things," whose first two seasons featured tobacco in every episode.

"Going forward, all new projects that we commission with ratings of TV-14 or below for series or PG-13 or below for films, will be smoking and e-cigarette free -- except for reasons of historical or factual accuracy," said a statement shared with CNN by a Netflix spokesperson.

For new projects rated for older audiences, characters will steer clear of these products "unless it's essential to the creative vision of the artist or because it's character-defining (historically or culturally important)."

Later this year, the streaming giant also plans to start including smoking information in the ratings box that appears in the upper left corner when users begin watching a show.

"Netflix strongly supports artistic expression," the statement says. "We also recognize that smoking is harmful and when portrayed positively on screen can adversely influence young people."

The Truth Initiative , an anti-tobacco advocacy group, released its latest report on tobacco use in TV and streaming programs ahead of the release of the third season of "Stranger Things" this week. Looking at 13 Netflix and broadcast series, the report found that images of tobacco were up overall in the 2016-17 season compared with the year prior. The Netflix shows depicted smoking more often than broadcast shows.

The report counted a jump in the number of tobacco depictions from the first season of "Stranger Things" to the second -- from 182 to 262. It also looked at Netflix shows such as "Orange is the New Black" and "House of Cards," comparing them with broadcast series including "The Walking Dead," "Modern Family" and "American Horror Story." Overall, cigarettes accounted for nearly three-quarters of tobacco depictions in these shows, whereas e-cigarettes hardly appeared at all.

The Truth Initiative report says that, while it decided to focus on Netflix, tobacco-related images are not limited to just that streaming platform. It cited other examples of characters smoking in Amazon's "The Marvelous Mrs. Maisel" and Hulu's "Gap Year" but didn't include them in its analysis. CNN reached out to Amazon and Hulu for comment.

Experts say that young people who see images of tobacco use in the media are more likely to use it themselves. According to the Office of the Surgeon General of the United States, youth "who get the most exposure to onscreen smoking [in movies] are about twice as likely to begin smoking as those who get the least exposure."

Researchers have looked at smoking in other kinds of media, as well. A study published last year found that nearly half of R&B and hip-hop music videos from 2013 to 2017 showed some type of smoking or vaping. Another study found that 42% of video games featured characters doing the same.

The US Centers for Disease Control and Prevention has also studied trends in tobacco use in movies. According to the CDC , 56% of PG-13 movies from 2002 to 2018 show tobacco use. While the percentage of PG-13 movies featuring tobacco use was down from 2017 to 2018, the number of incidents per movie was up.

"We've known for a while that the more you see smoking on screen, the more likely you are to see youth smoking cigarettes in real life," Michael Tynan, a public health analyst at the CDC's Office on Smoking and Health, previously told CNN. "There's a causal relationship between the two."

As for why, some experts say these depictions can normalize tobacco use -- or even glamorize it.

Dan Romer, director of the Adolescent Communication Institute at the University of Pennsylvania, previously told CNN that movies may use smoking "as a cue to say that this person is a risk-taker and kind of an edgy character.

"And so an adolescent that finds that appealing might say, 'I want to be like that person. I'm going to smoke,'" he said.