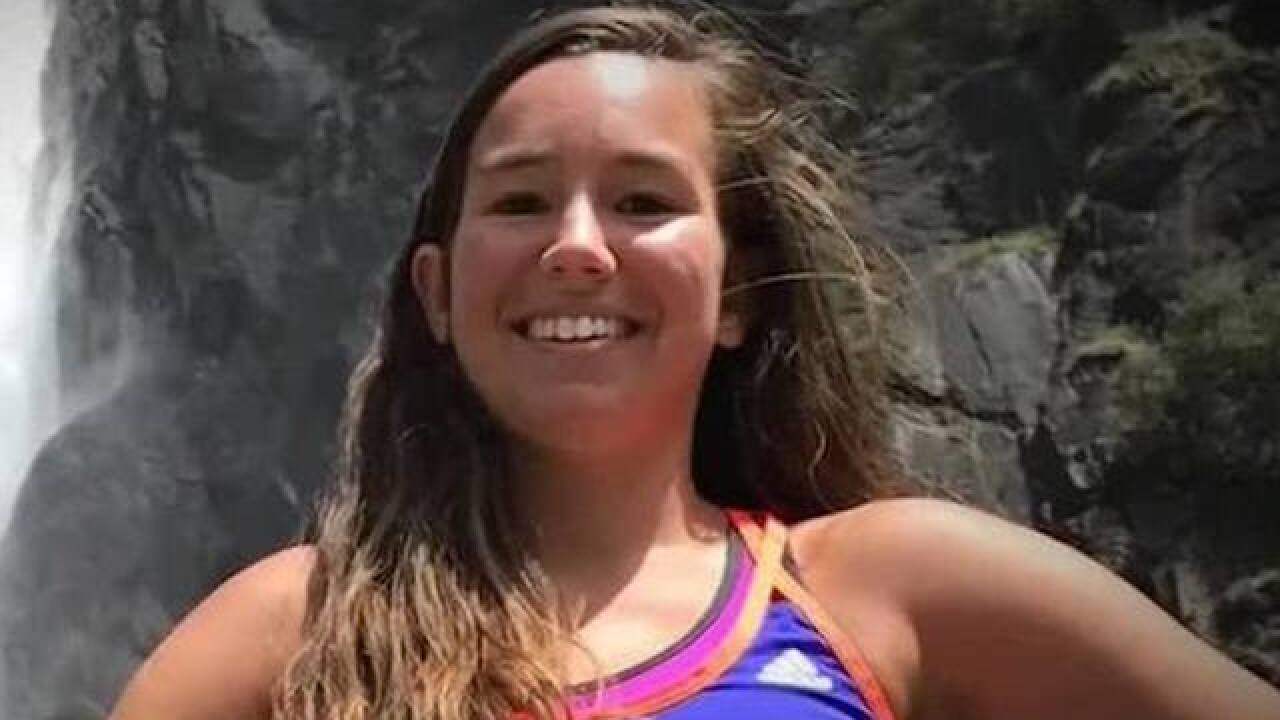 Copyright 2018 Scripps Media, Inc. All rights reserved. This material may not be published, broadcast, rewritten, or redistributed.
<p>Mollie Tibbetts, a University of Iowa student, was last seen on July 18.</p>

The paint on the road near a predominantly Latino community near Des Moines read, "Deport Illegals."

The sprayed-on sentiment didn't last the day, but some officials in the Iowa city are worried it's indicative of a simmering resentment for immigrants that has become more public recently.

The red paint defaced both directions on a two-lane road on the city's south side on Thursday.

"These actions are unfortunate and not consistent with Des Moines' spirit of compassion," Mayor Frank Cownie said. "Such actions have no place in our city."

A city worker painted over the words later in the day. The city tweeted a photo of the graffiti removal, with the hashtag #NotInOurCity.

The painted message came during a recent spate of events following the killing of Mollie Tibbetts, a 20-year-old college student. She was abducted in July while jogging in rural Iowa, killed and dumped in a cornfield. The suspect is an undocumented male immigrant, authorities said.

He should never have been in the country, one side argues. Others complain those people are politicizing Tibbetts' death, and they should focus on violence by men.

In the middle is a Latino community where nervousness and fear have grown.

His comments were prompted by a story on a robocall targeting Latinos that appears to come from an out-of-state group. The call, according to KCCI, says Tibbetts was killed by an "invader from Mexico." The voice on the call says America should be white only.

KCCI reported the calls came from a group called "The Road to Power." That is a white supremacist and anti-Semitic video podcast hosted by Scott Rhodes of Idaho, who also purportedly targeted a black gubernatorial candidate in Florida with robocalls.

There are other signs of nerves in the Latino communities in Iowa.

In the days following the arrest of the man accused of killing Tibbetts, two local festivals celebrating Latino culture were postponed.

One group specifically cited her death as the reason for canceling events. Event coordinators for the Iowa City Latino Festival said they were mourning her passing and that it impacted the whole community.

Thursday, some Latino groups held a vigil for the Tibbetts family on the Capitol steps in Des Moines.

"We want to make sure that they understand that our community is one big community that wants to give them love and support and be there for them in their time of need," organizer Zuli Garcia told KCCI.

Tibbetts' family has been vocal about her death being used to politicize immigrant issues.

"Especially for those of you who did not know her in life, you do not get to usurp Mollie and her legacy for your racist, false narrative now that she is no longer with us," Sandi Tibbetts Murphy wrote in a since-deleted Facebook post. "We hereby reclaim our Mollie."

At Tibbetts' funeral last Sunday, her father, Rob Tibbetts, referenced the growing anti-immigrant tension and said, "the Hispanic community are Iowans. They have the same values as Iowans," according to the Des Moines Register. "As far as I'm concerned, they're Iowans with better food."

Conservatives have been firm in connecting Tibbetts' death with the illegal status of her alleged killer.

After the news of her death, the White House began to use the case as a talking point for revising immigration law.

"Mollie Tibbetts, an incredible young woman, is now permanently separated from her family," President Donald Trump said on a video he tweeted. "A person came in from Mexico, illegally, and killed her. We need the wall. We need our immigration laws changed. We need our border laws changed, we need Republicans to do it because the Democrats aren't going to do it."

The President's namesake, in an op-ed published Friday in the Des Moines Register, said the accusation that Republicans were politicizing Tibbetts' death was an "absurd claim."

"Despite what some Democrats may wish in the depths of their hearts, Mollie was murdered by an illegal alien and her murder would never have happened if we policed our southern border properly," Donald Trump Jr. wrote .

He urged Iowans to vote out Democrats, who he said are "heartless" and "despicable" and are more concerned with an open-border agenda than the lives of Americans.

Rob Tibbetts wrote an op-ed in the Register on Saturday in which he said the family is again appealing to politicians to stop using her death in the immigration discussion.

"I encourage the debate on immigration; there is great merit in its reasonable outcome. But do not appropriate Mollie's soul in advancing views she believed were profoundly racist," he wrote .

Police have not announced any arrests in the graffiti case. Henry, the Latino community leader, said he wants to talk to US Justice Department officials to see whether the robocalls merit a hate crime case, according to KCCI.