US has highest rate of drug overdoses, study says 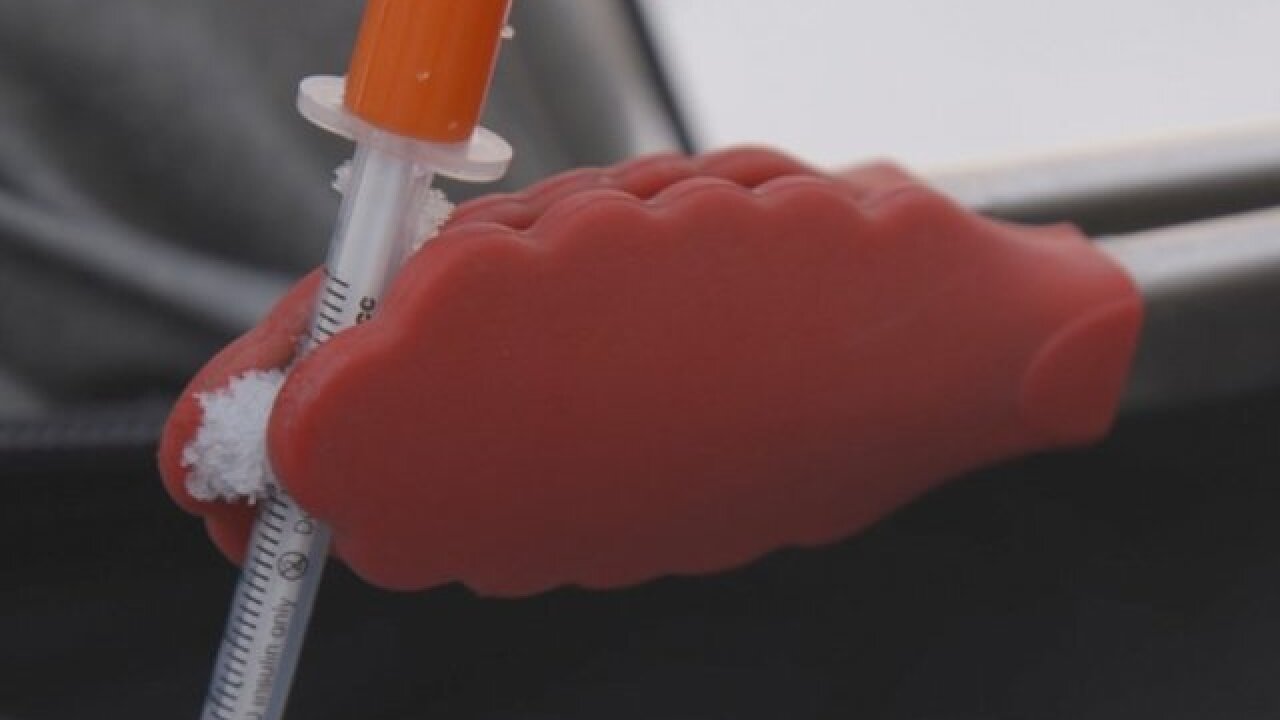 The United States has more than double the rate of premature overdose deaths of at least 12 other countries, according to a new  study .

The research, published Monday in the Annals of Internal Medicine, says that there were an estimated 63,632 drug overdose deaths in 2016 in the US.

"The U.S. has the highest death rate due to drug overdoses for both men and women (35 deaths in 100,000 men and 20 deaths in 100,000 women) in 2015, more than double those of any other country in our study," Yingxi Chen, one of the researchers and a postdoctoral fellow at the National Institutes of Health's  National Cancer Institute , wrote in an email.

The researchers also found that the United States had the second-highest increase in drug overdose deaths: 4.3% per year in men and 5.3% per year in women, Chen said. Only Estonia had a higher increase.

Norway was found to have the biggest decrease in drug overdose mortality for the whole population. Decreases were also found among men and women in Mexico, Spanish men and Danish women.

Researchers "looked at the trends and patterns of drug overdose deaths among people age 20 to 64 years in 13 countries of the  Organisation for Economic Co-Operation and Development  between 2001-2015," Chen said.

These countries were Australia, Chile, Denmark, England, Wales (the data for these two countries was combined), Estonia, Finland, Germany, Mexico, the Netherlands, Norway, Spain and the United States.

"I think it reinforces what we know about the United States but also points out some of the contrast in terms of the ways other countries have dealt with similar issues," said  Caleb Banta-Green , principal research scientist at the University of Washington Alcohol and Drug Abuse Institute, who was not involved in the research.

Banta-Green and the researchers both point out that opioids play a part in the high levels of drug overdose deaths in the US.

The study describes US opioid deaths as "triple epidemic waves," starting with prescription opioid deaths in the late 1990s, heroin deaths beginning in 2010 and finally deaths due to synthetic opioids, which include fentanyl.

Other countries have found solutions to high rates of opioid-related deaths, according to Banta-Green, who cited France, which was not included in the research.

"When France got rid of the restrictions on prescribers using the medication buprenorphine, their national mortality, opiate overdose mortality rate dropped 79%," he said.

Buprenorphine  is a drug approved by the US Food and Drug Administration that can be used, alongside behavioral therapies and counseling, to help with the treatment of opioid addiction. It is the "first medication to treat opioid dependency that is permitted to be prescribed or dispensed in physician offices, significantly increasing treatment access," according to the US Substance Abuse and Mental Health Services Administration.

Banta-Green believes that creating better access to substance abuse disorder treatments, along with a better national understanding that these are treatable medical conditions, would help reduce the number of overdose-related deaths in the US. This includes giving more people access to medications that could help treat and manage opiate addiction.

"That's really fundamentally what I think we need to take away from these data finding is that there are solutions, other countries have them, and we are not doing the dramatic things that we need to be doing," he said.