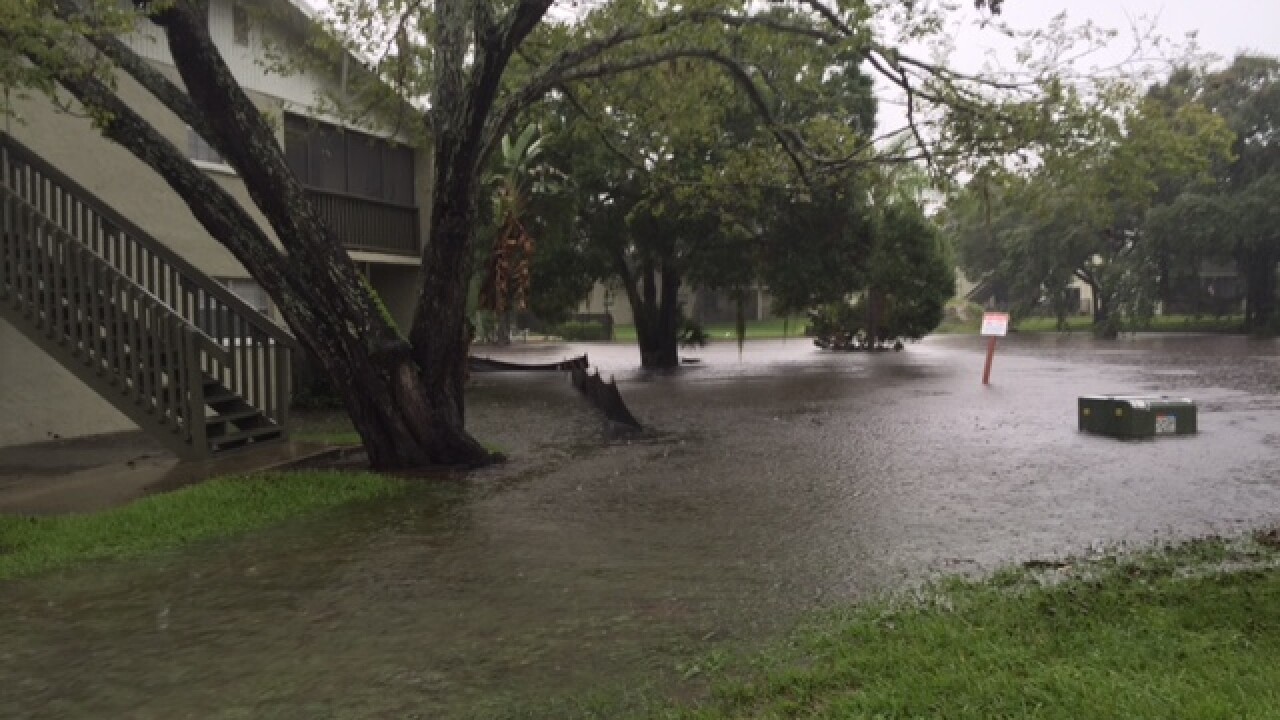 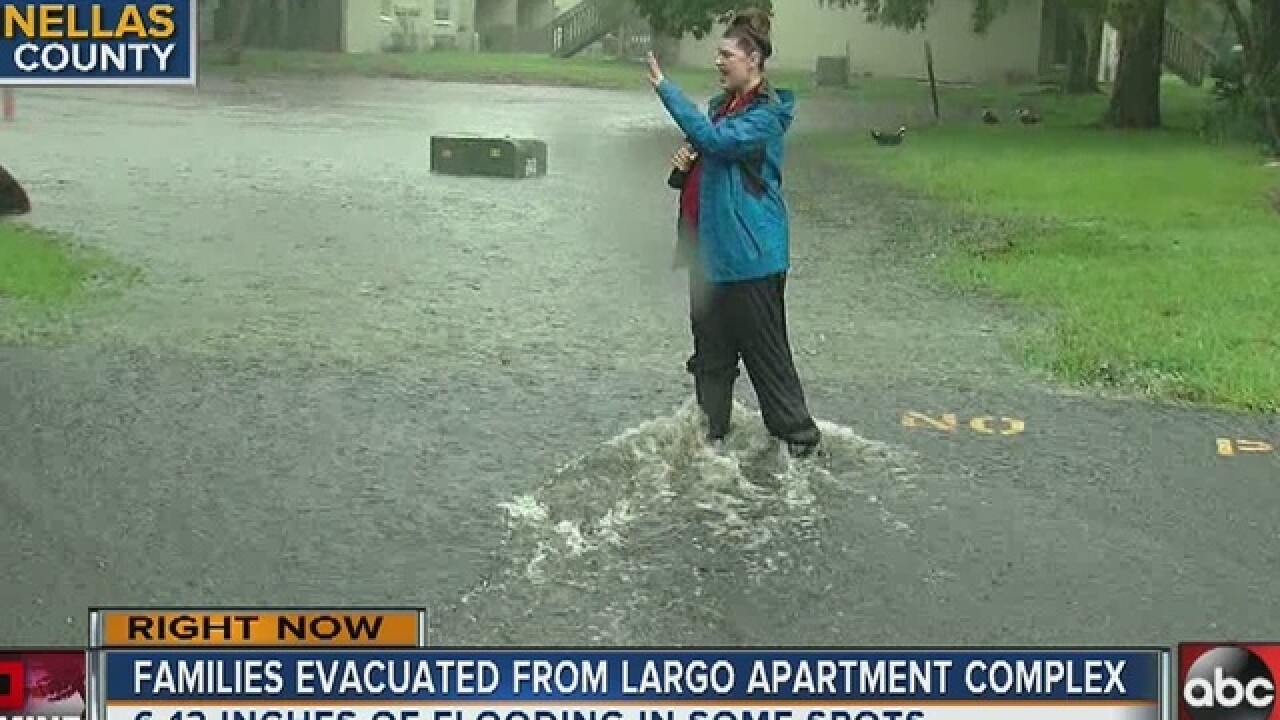 Tropical Storm Hermine has started to impact the Tampa region. Here are some of the examples of people taking damage in the region.
In Pinellas County, it was a terrifying situation for at least six families.  They were forced from their homes in Largo.
Watch: ABC Action News Reporter Lauren Rozyla reports

In Clearwater Beach, red flags are now flying and beach control is asking everyone to say away from the water.
Watch: ABC Action News Reporter Ryan Smith reports

Flooding caused streets and exit ramps to close. But some found alternative ways to get around.