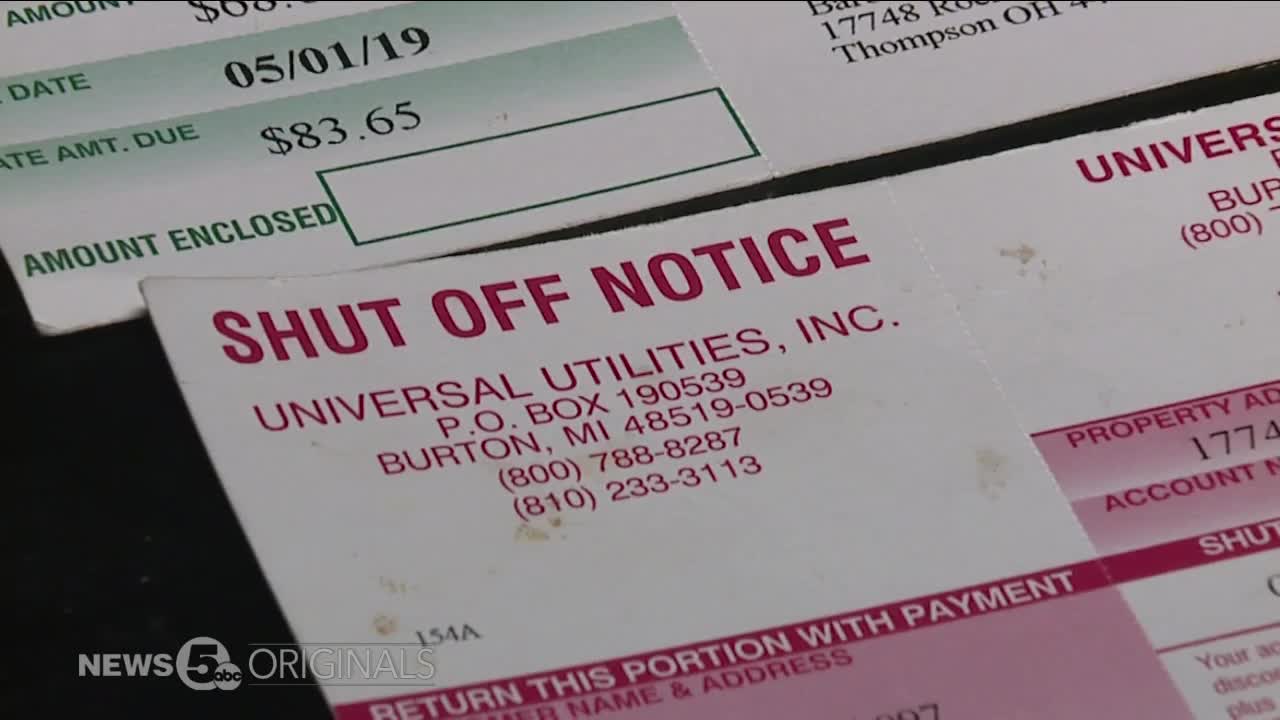 Months of water bills much larger than before are forcing many Rustic Pines Mobile Home Park residents to consider if they'll be able to stay in their homes. 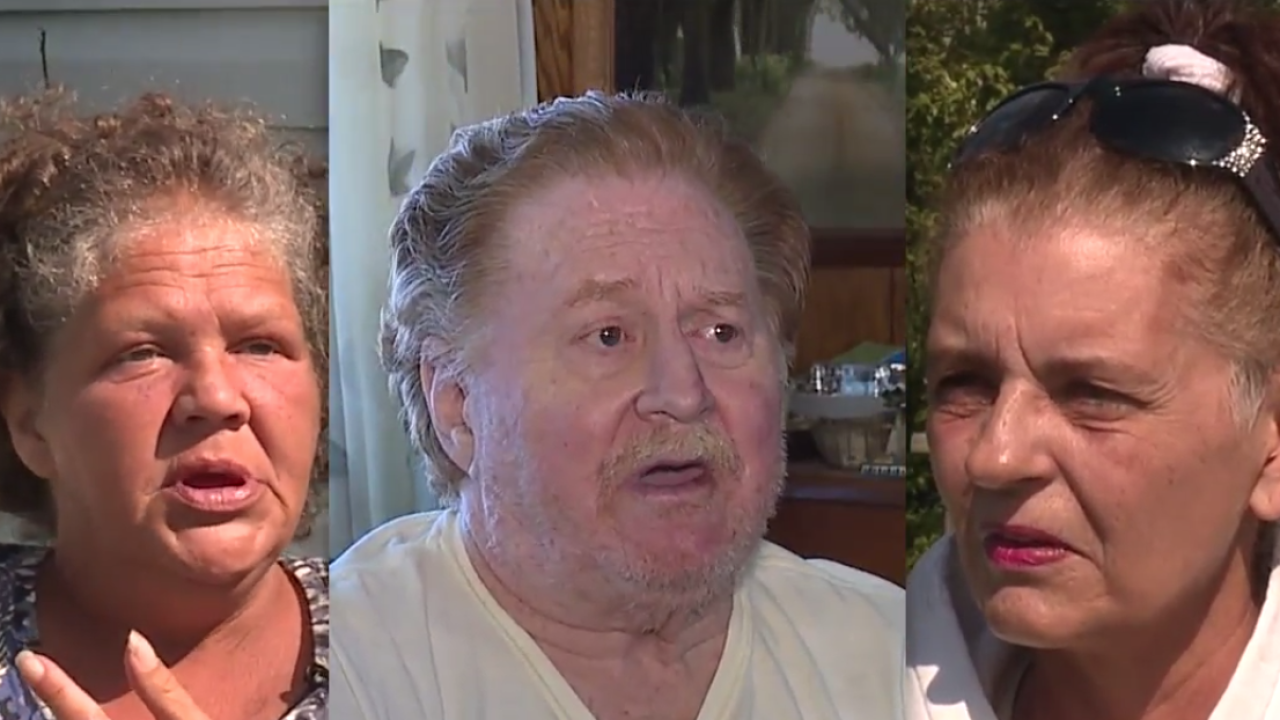 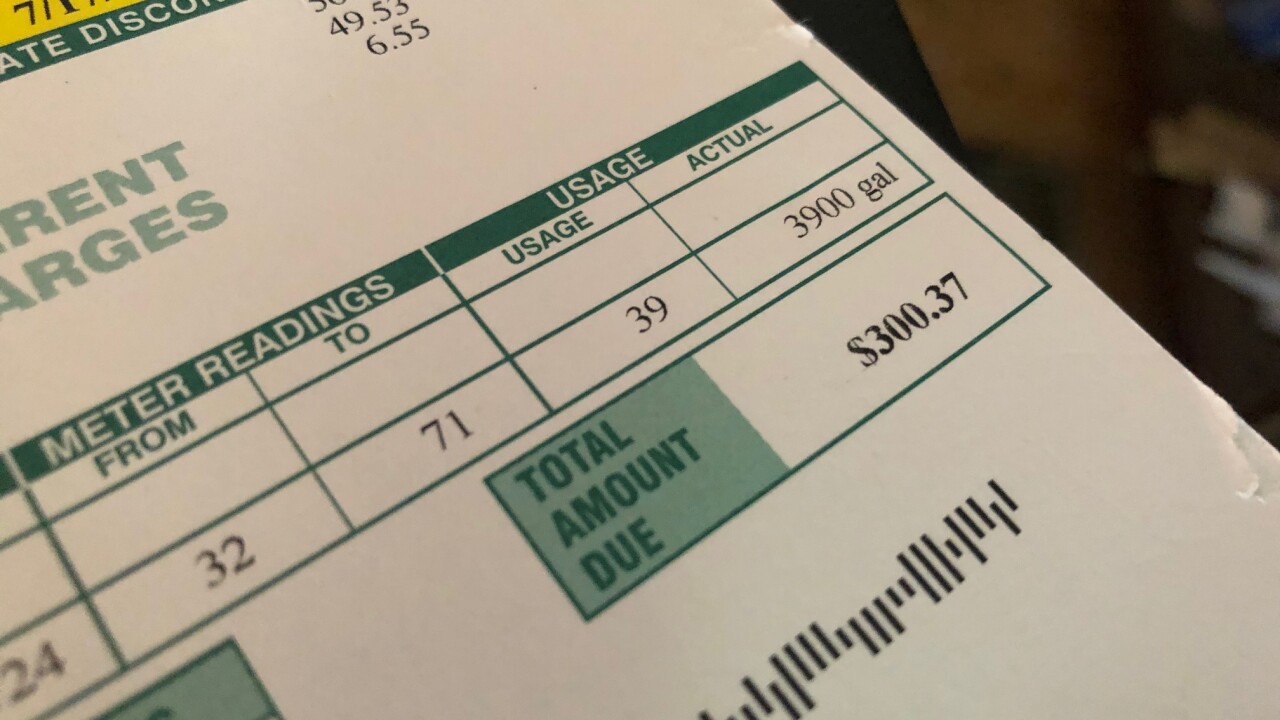 THOMPSON, Ohio — Months of water bills much larger than before are forcing many Rustic Pines Mobile Home Park residents to consider if they'll be able to stay in their homes.

All through the mobile home park, Teresa Hines and her neighbors are united around sky high water bills.

Earlier this year, the cost for water and sewer services was a flat rate of $15 that was paid as part of the rent for the land their homes sit on.

Starting in the winter, residents started getting bills in the mail that are routinely in the hundreds of dollars every month.

"We don't have the money to pay that," said Rusty Myers.

Earlier this year, the park switched from the $15 flat rate for water and sewer to meters.

Documents residents showed News 5 say the meters bring a minimum price of $57.10 for the first 2,000 gallons of water used for water and sewer service. Residents are charged additional costs for any water they use beyond that initial 4,000 gallons.

There is also a long list of fees for service charges, disconnecting, and reconnecting a property.

Myers and his neighbors say when they've asked about the additional cost, the mobile home park owners and the utility company have not told them much.

The park is owned by FTI Property Management , based in California.

"We bought the property from the prior owner when the property was under a consent order from the Ohio EPA for significant deficiencies. The deficiencies were a direct result of the former owner/operator and the residents underfunding the water system. After considerable expense (i.e., $255,000) on our part to bring the system into compliance, we increased the residents portion to adequately fund the system going forward."

That third party company that bills the residents is Universal Utilities , based in Michigan. A search for the company on the Better Business Bureau website shows they have an "F" rating.

Universal Utilities specializes in " submetering ," which is when a property owner purchases utility services, like water, and charges residents individually for what they use.

Universal Utilities didn't respond to News 5's inquiries, but their website claims submetering promotes conservation and decreases bills, but the residents at Rustic Pines are seeing charges that are drastically higher than their $15 flat rates before.

"It's been a hardship on everybody," said Hines. "We don't mind paying our bills. A little bit of head up would have been nice."

A bill introduced this past legislative session in the Ohio Senate would have regulated submetering companies, but the bill never got out of committee.

Since the mobile home park is privately owned and uses well water and not city or county resources, no state, county, or local officials can step in to help with the increased prices.

Many residents have either had their water turned off already, or have gotten red shut off notices through the mail from Universal Utilities. That's prompted the Geauga County Department of Aging to connect some residents to local charities and churches who have already paid to get water service turned back on.

Raschke said through an email exchange, residents are encouraged to communicate directly with the submetering company to work out payment options. Residents told News 5 they've tried to explore payment plans but were told they would have to pay their entire bill or lose service.