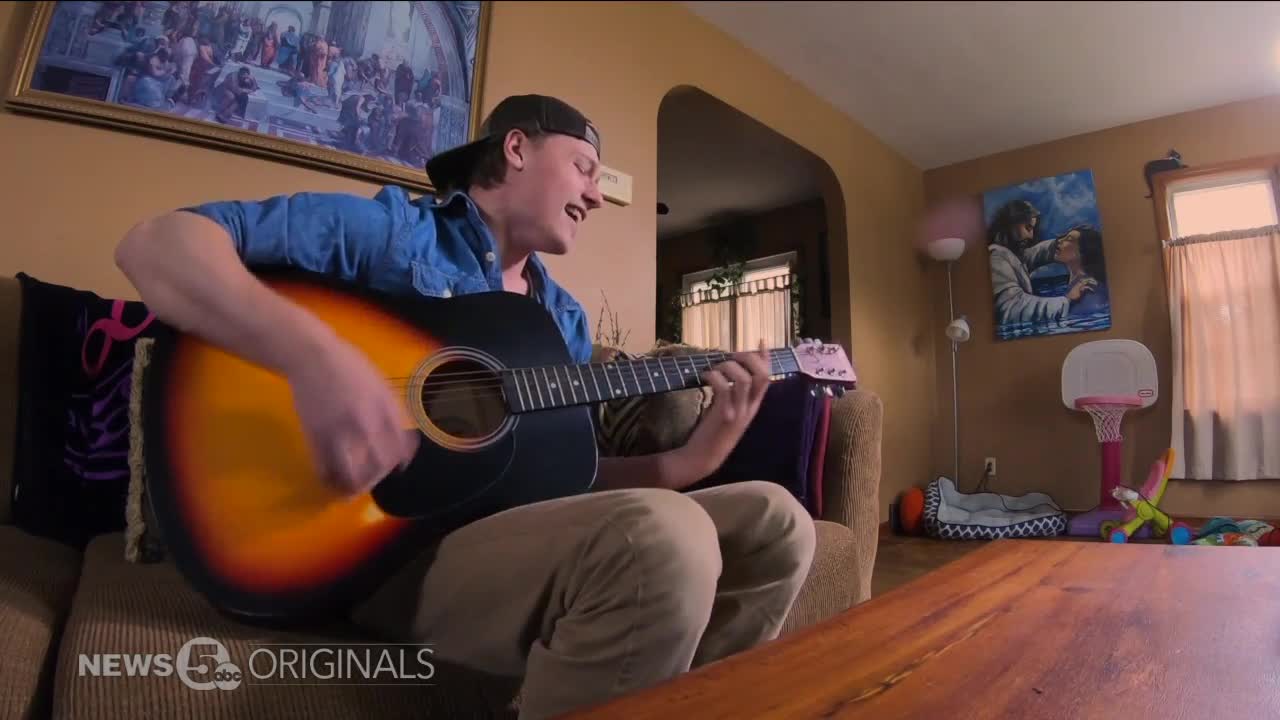 It’s no secret that Chad Baker sings with his soul. The 24-year-old rising country star says, he is just a kid from Akron. AKRON, Ohio — It’s no secret that Chad Baker sings with his soul.

The 24-year-old rising country star says, he is just a kid from Akron.

And when he picked up a guitar and started singing at a young age — country is what came out.

“I did a lot of nose to the grindstone, you know? There’s a lot of grinding to get here,” Baker said.

The son of a pastor, Baker has always been comfortable in front of a crowd. With music on his mind, he packed his life into a van and headed to Nashville right out of high school.

He played on street corners, he booked whatever gigs he could. He went to writer’s workshops to soak up every piece of advice.

“I remember one guy telling me that your first 100 songs, throw them away because that’s practice. It broke my heart, you know? I was like 70 songs in, I was counting every one because I thought I was getting somewhere. But he was right,” Baker said.

So he stopped counting — and just kept writing.

More than a hundred original songs, more than two hundred.

“How many of those do you think are great,” asked reporter Homa Bash during a sit-down interview.

But that doesn’t slow him down. Neither does the fact that this Akron boy can’t get played on Akron’s country music station just yet.

Still, Baker just released his first album and wrapped up a national tour playing dive bars out west. He said he was ripped off by a manager at age 16 and learned the nature of the business the hard way. So he’s working under a self-made label currently and hoping the national record labels notice — and approach him.

“His whole life, everything he put his mind to or his heart to, he did it,” said Baker’s dad, Randy. “I’m his biggest fan, no doubt.”

And with each show, each song, Chad Baker’s fanbase is growing.

RELATED: Akron native Chad Baker is making a name for himself in country music