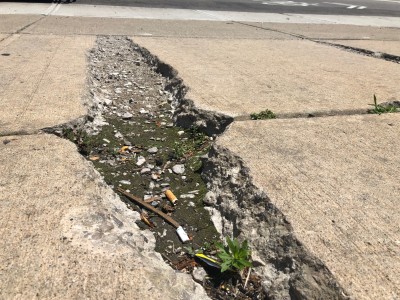 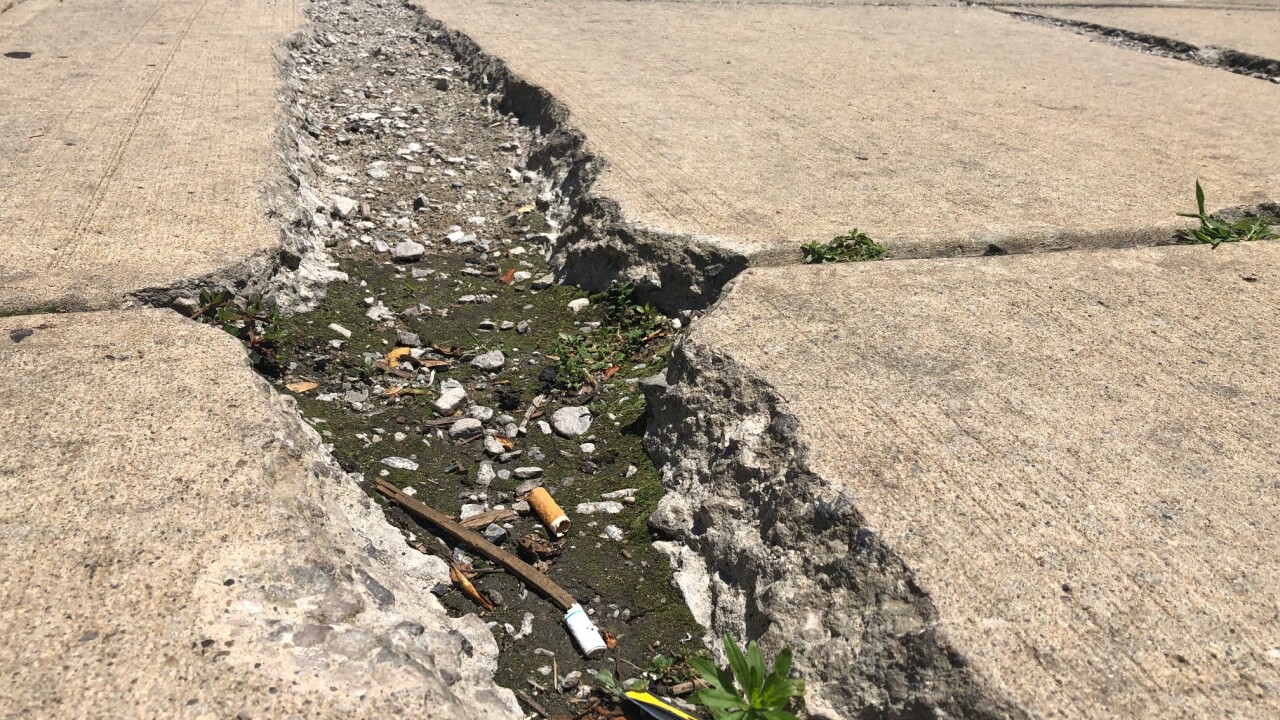 CLEVELAND — The holes in the sidewalk along Superior Avenue between West 3rd and West 6th streets are so large it's easy to stick an entire shoe inside. The hole has been growing for years but the city appears to have only cited the property after News 5 kept asking why the sidewalk was in such bad disrepair.

"It would be easy to get flipped," said Jerry Ward while he rolled past large gaps in the sidewalk in his wheelchair.

Ward's back problems make it too hard for him to walk. But the stretch of sidewalk along West Superior where he has to wait for the bus throws extra obstacles in his route.

"You have to duck these holes or they'll flip a power chair or a manual chair on its end," said Ward.

A hot dog stand vendor nearby says he's run his cart for about nine years and has been complaining about the sidewalk for much of that time.

Nothing had changed, until now.

A few days after News 5 asked if the sidewalks would be fixed before Cleveland welcomed thousands of visitors for the All-Star game, records show the city did inspect the patch of sidewalk on Superior Ave News 5 was asking about.

A year before the All-Star Game, News 5 also asked why the sidewalk conditions were so poor.

The citations estimates there is a total of $110,000 of repair work to be done.

See the citations and inspection reports below.

City code says the owner of the parking lot next to the sidewalk is responsible for paying for the repairs and has 30 days to appeal or contact the city to start the repair process.

The parking lot owner tells News 5 the city should be responsible for the repairs and it plans to appeal the citations.

Just around the corner, the sidewalk that surrounds the parking lot between Public Square and West 3rd Street is getting repaired right now.

Records show the sidewalk that's being repaired right now was cited in 2017.

2017 by Wews WebStaff on Scribd

News 5 tried to contact the property owner to figure out why it took two years to repair the sidewalk. We still haven't heard back.

News 5 also reached out to surrounding cities to see what their policies are regarding sidewalk repairs. Each city we spoke with said they also hold property owners financially responsible for sidewalk repair as long as the city or city property didn't create the damage.