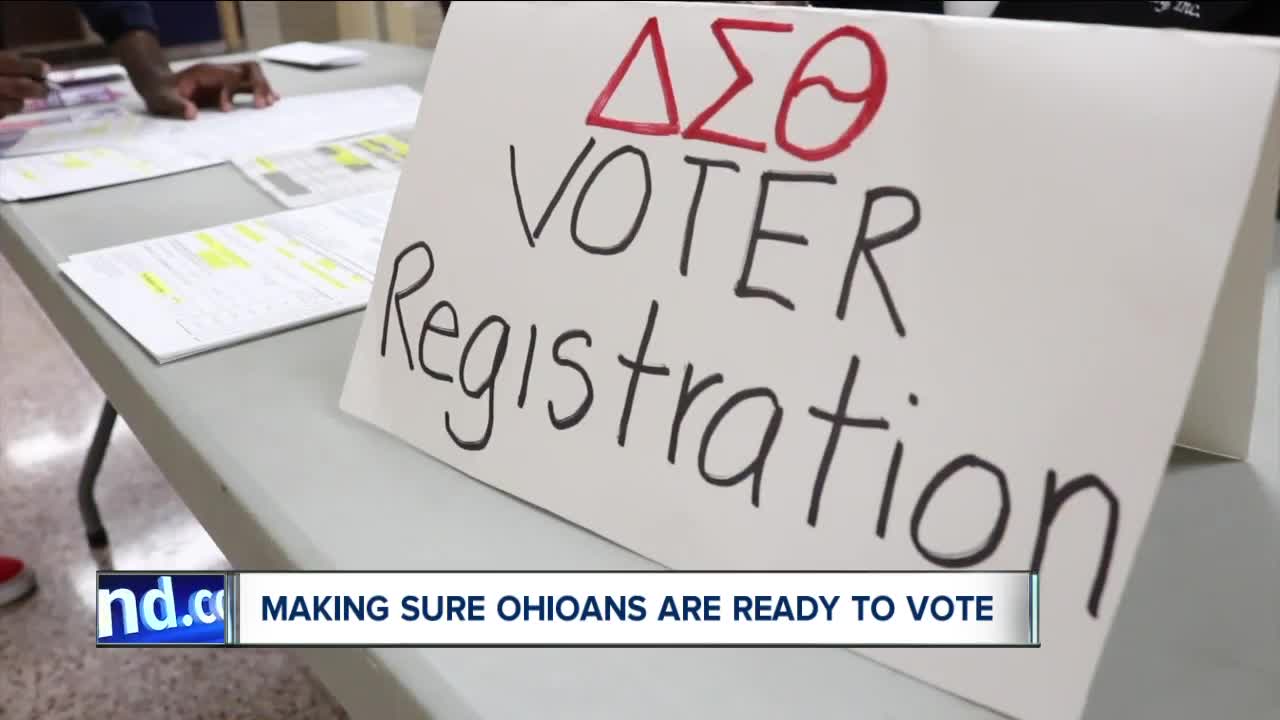 With the March 17 primary election looming, the volunteers had forms and mail-in ballot applications ready for last minute registrants. After the game, they delivered the forms before the 9 p.m. Feb. 18 deadline. 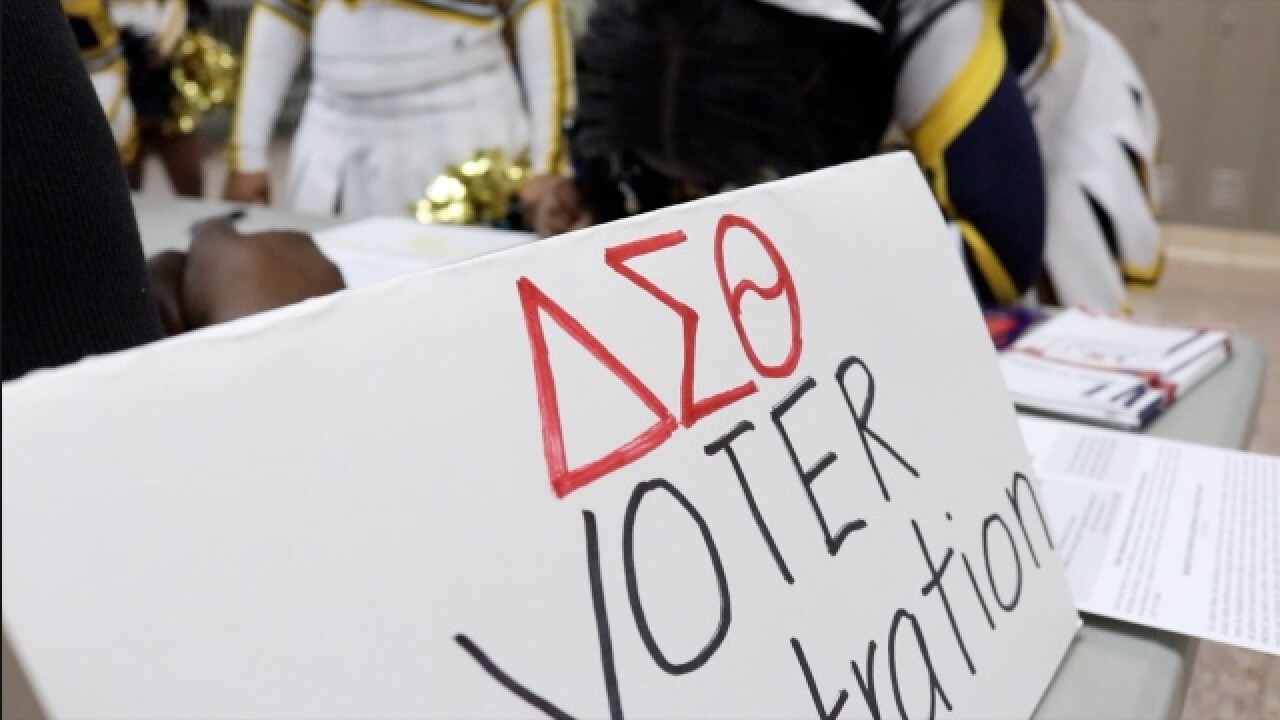 Students, parents, teachers and administrators were shoulder-to-shoulder to watch the games against rival Cleveland Heights. As the buzzers, referee whistles and cheers flooded the hallway outside the gym a simple question found its way above the noise.

“Hi ladies, are you registered voters?”

Several women from Delta Sigma Theta called out to anyone who passed their table next to the gym doors.

The weeks-long effort culminated in this final push to register eligible high school junior, seniors and anyone else who came to the game.

With the March 17 primary election looming, the volunteers had forms and mail-in ballot applications ready for last minute registrants. After the game, they delivered the forms before the 9 p.m. Feb. 18 deadline.

"It was like I'm growing up,” Katrice McNair said.

McNair registered with several other Warrensville Heights cheerleaders before the varsity game started.

"I knew it was important,” McNair said. “Tonight they already had it out there so it's an open opportunity for me to sign up."

That opportunity is exactly why the women were there—accessibility to voter registration forms can sometimes be difficult.

A federal “motor-voter” law means people must be offered voter registration when they come into a Bureau of Motor Vehicles office, but one Cleveland area Representative thinks it’s time to do more.

State Representative Bride Rose Sweeney (D-Cleveland) has proposed legislation that she said will expand accessibility and make sure voter rolls stay up to date.

"When you compare our state with other states surrounding us, we actually do a lot worse with voter registration,” Sweeney said in her Columbus office. “We have about one million people in the state of Ohio that are not registered to vote."

In the last few months of 2019, Secretary of State Frank LaRose was faced with mounting issues over voter roll purges in counties across the state.

More than 29,000 voters were purged from the roll in Cuyahoga County alone. That means, if those people missed the deadline, they may not be able to vote in the primary in a few weeks.

The deadline to register for the November general election is Monday Oct. 5, 2020.

A person could be culled from the roll if they have not voted in six years and have not respond to a postcard within two years.

Sweeney said her proposal would help people who could not get to the BMV or the county election offices.

“Automated Voter Registration will help repair our reputation and our voter rolls making them more accurate and secure with greater efficiency and at a lower cost to taxpayers,” she said in a press release the day the bill was announced.

The bill would require several agencies, including the BMV and public and private schools, to provide information to the Secretary of State’s office so Ohioans could be registered or pre-registered automatically.

Sweeney also has county election boards reaching out to voters and allowing them to opt-out.

“Right now, we have an opt-in system,” she said.

During the three games, the volunteers at Warrensville Heights High School registered nearly a dozen people.