If you thought traveling by Hyperloop to Chicago in 28 minutes was fast, how about Pittsburgh in 9? 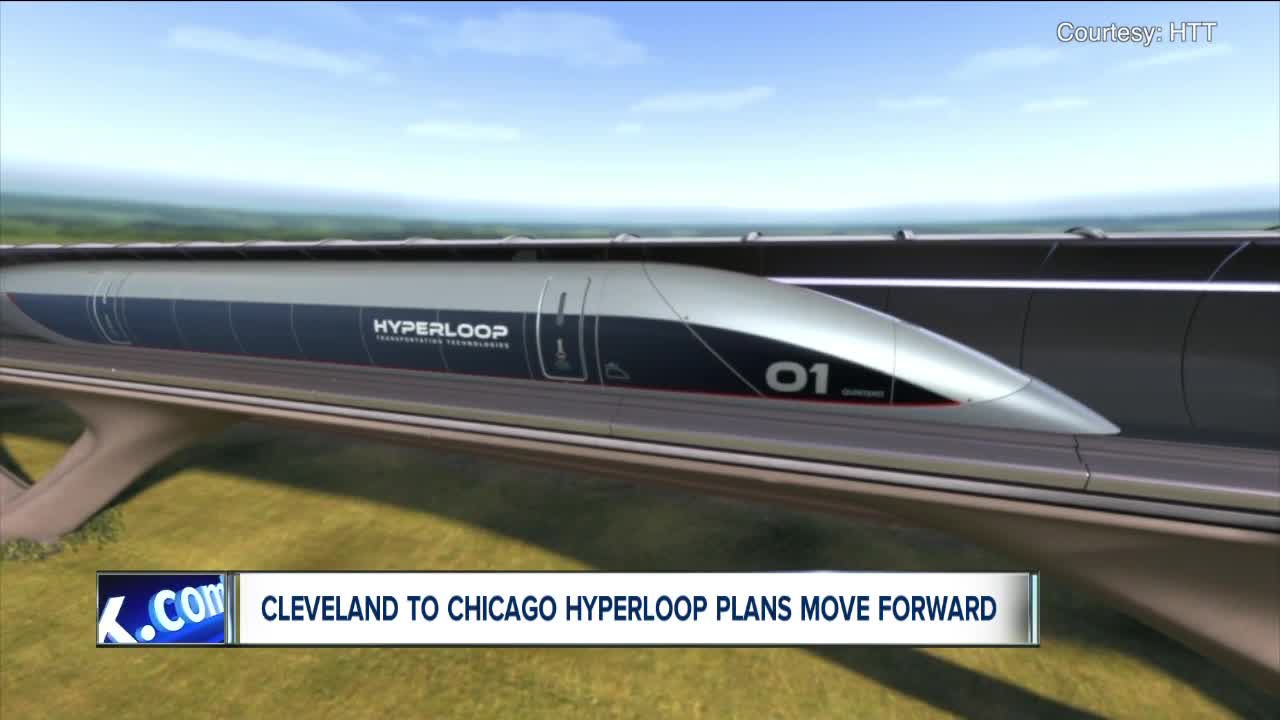 The results of the Hyperloop feasibility study started 18 months ago won't be released until this fall but those behind the $1.2 million study tell News 5 the results are very promising. 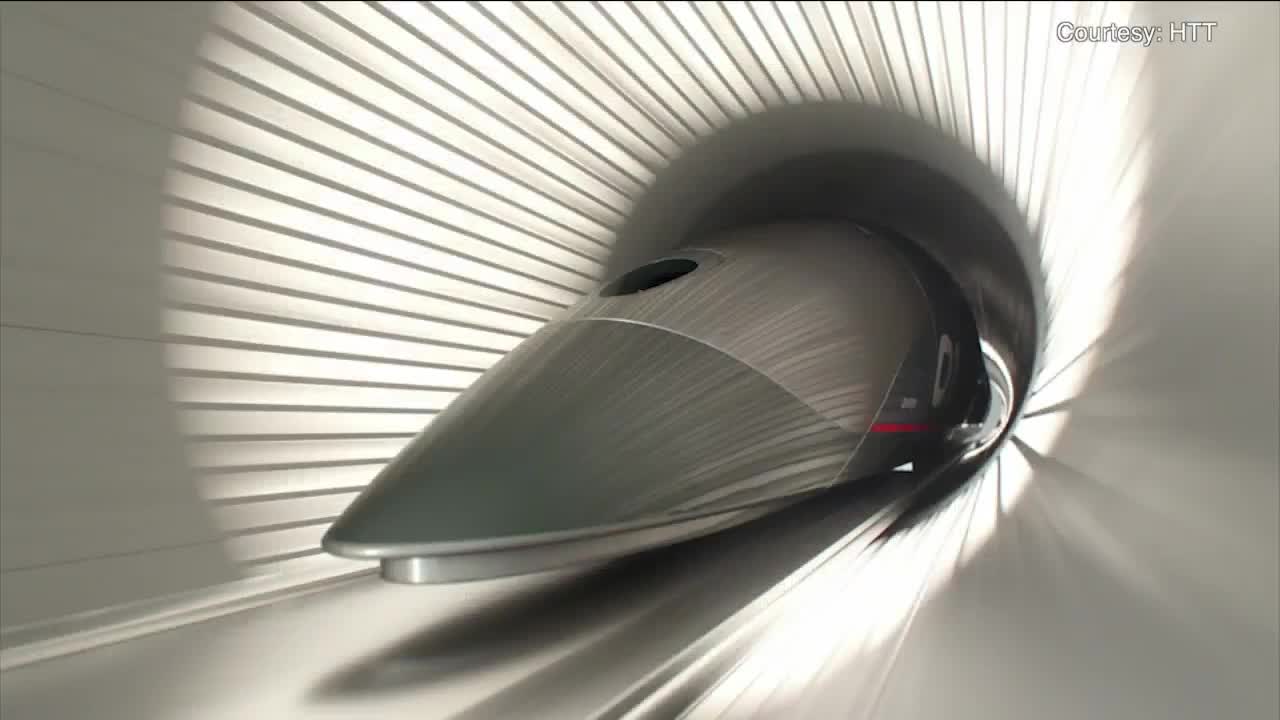 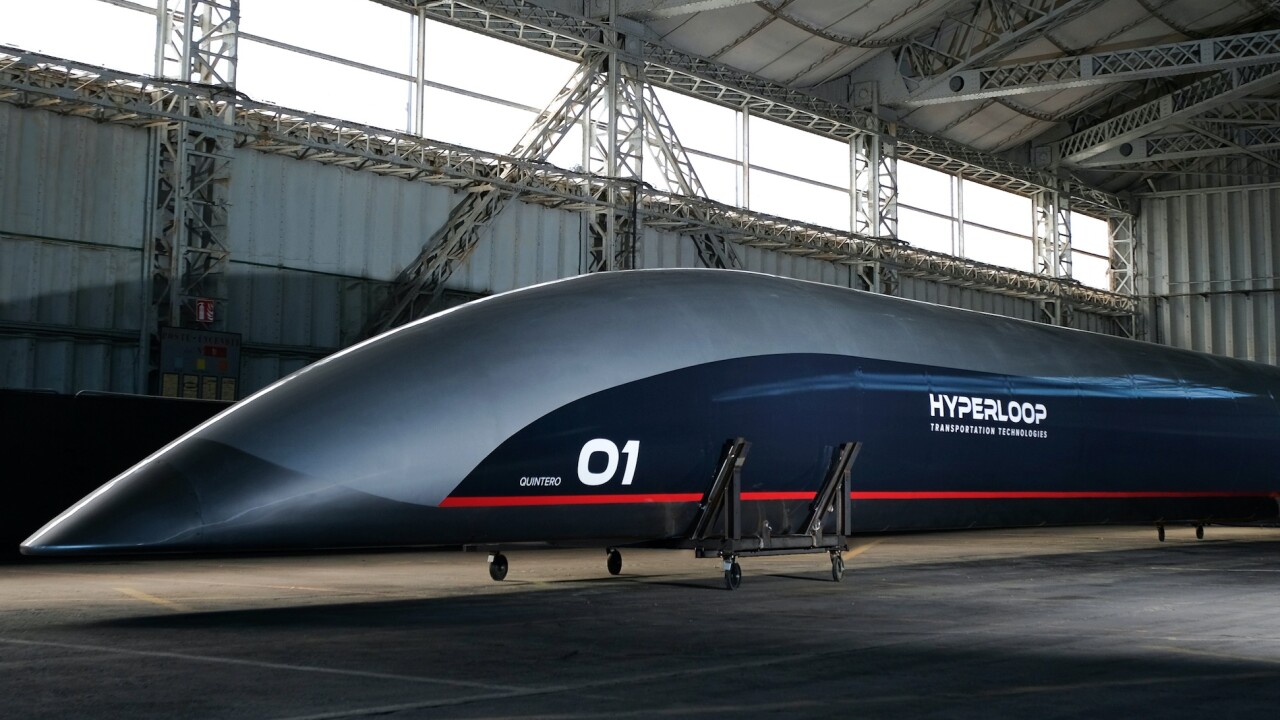 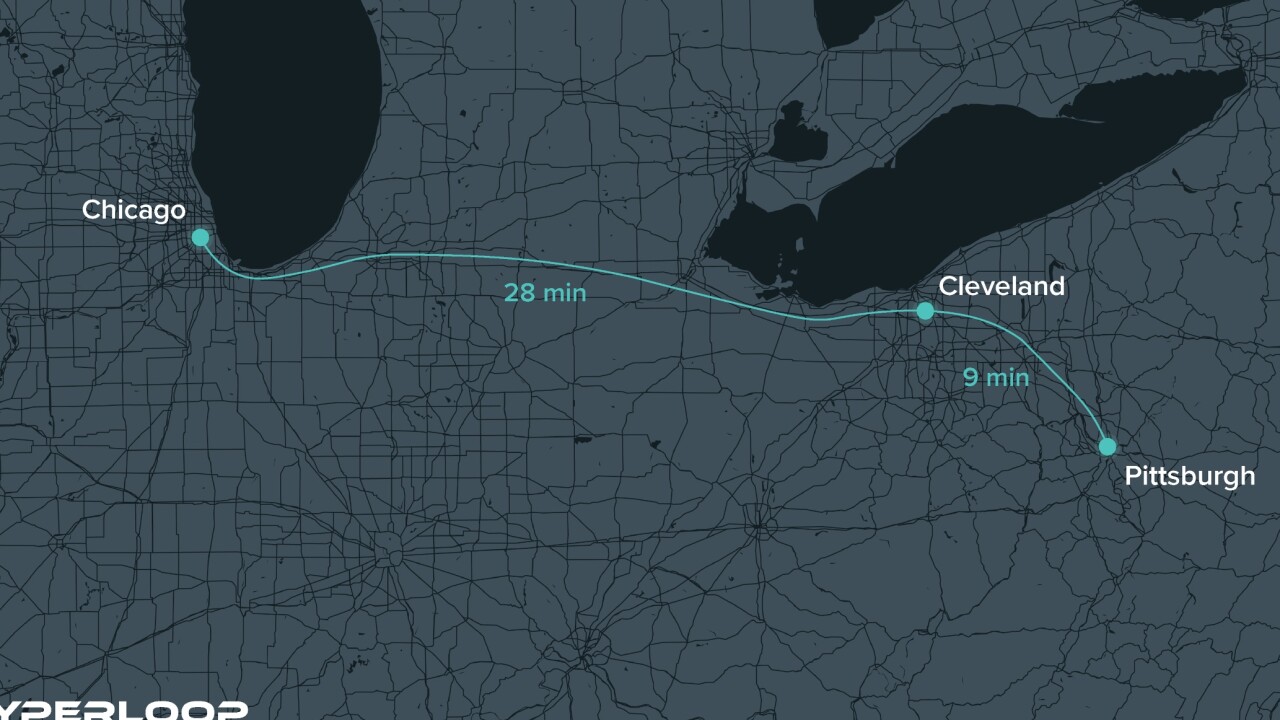 CLEVELAND — The results of the Hyperloop feasibility study started 18 months ago won't be released until this fall, but those behind the $1.2 million study tell News 5 the results are very promising. As a result, Hyperloop Transportation Technologies (HTT) and the Northern Ohio Coordinating Agency (NOACA) announced Thursday that the plans for the initial phase, which stretched from Chicago to Cleveland, will continue east to now reach Pittsburgh.

"This adds another 2.4 million in the greater Pittsburgh region to the study," said Rob Miller Chief Marketing Officer for HTT. "Economically, it has benefit and for Cleveland you can get to Pittsburgh in under 15 minutes."

The Hyperloop will carry 30 to 40 people in a passenger car levitating in a vacuum tube at speeds of over 700 miles an hour, allowing someone to travel from Cleveland to Chicago in 28 minutes or Cleveland to Pittsburgh in nine. And lest you think this is something that is still a generation or two away, Miller says think again.

"It's coming a lot sooner than you think. I mean we're not talking about decades, we're talking about years," he said. "We completed the first full-scale Hyperloop capsule last year, our test track in Toulouse France is operational, we'll be doing passenger testing next year in France and then we start to build as well the first 5-kilometer Hyperloop in Abu Dhabi."

Hyperloops will actually produce more energy than they use, making them the most energy-efficient form of transportation. "So that means in terms of ticket prices it'll be much closer to a bus ticket than it will be to a full fare coach ticket today," Miller said.

As for the cost to construct, there isn't an exact price tag at this point, but Miller said it's roughly about two-thirds of the cost of high speed rail.

"But really the important thing is not how much it costs for Hyperloop, it's how quickly can you get that back, and we're going to demonstrate that Hyperloop is a profitable system which is really unheard of in large transportation projects. So it allows us to finance the project differently. It's a true public-private partnership and it's something that won't be — you won't be riding Hyperloop on the backs of the subsidies of local taxpayers."

A benefit for Cleveland is the topography that comes along with life on the North Coast. "Geographically, this is a great first route for Hyperloop. We like really straight shots and that allows us to get you from point A to point B much quicker," Miller said. As a result, the state that was the birthplace of aviation could very well have another first in its future.

"I really believe that this is the most advanced Hyperloop project in the Unitied States and with the support, we have the potential to be the first in the United States."