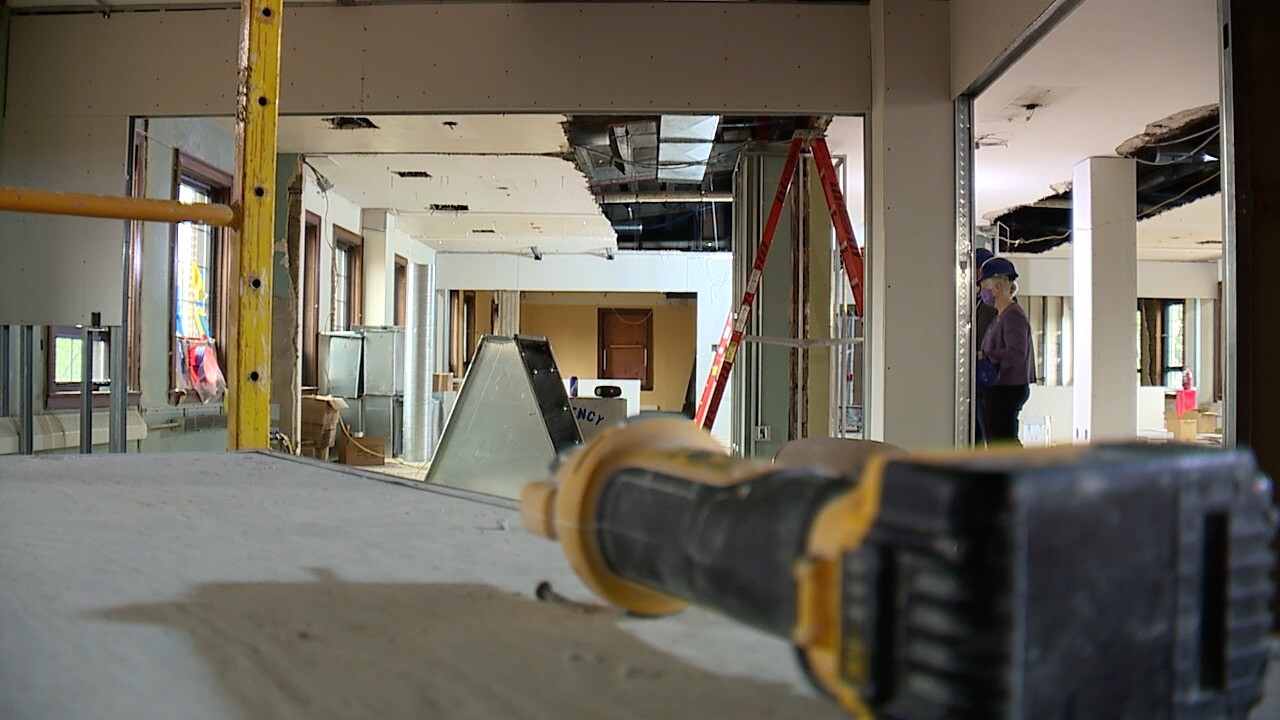 CLEVELAND — Despite accounting for more than 50 percent of the population, women are still vastly outnumbered in the fields of science, technology, engineering and math. However, Cleveland's only all-girls Catholic high school has grand plans to continue to help its students shatter the glass ceiling.

As the 2020-2021 school year quickly approaches, construction crews are putting the final finishing touches on a year long, $6 million renovation of Fitzmaurice Hall, a former convent on the campus of Saint Joseph Academy on the west side. All but the top two floors of the massive convent -- also known as a motherhouse -- have been renovated, creating an additional 25,000 square feet of learning space.

Named after Mother Therese Fitzmaurice, who purchased the 57 acres on the east bank of the Rocky River in 1898, Fitzmaurice Hall dates back to 1905. The school's sponsoring congregation, the Sisters of Saint Joseph, donated the Gothic Revival-style building to the academy in 2016. From the exposed brick walls to the lace detail on the classroom windows, the renovated space pays homage to the school's past and future.

"Lace is part of our tradition at Saint Joseph Academy. The original Sisters of Saint Joseph in France taught the women in the 17th century how to make lace so they could support themselves," said president Mary Ann Corrigan-Davis. "We like to say that the lace is continuing and we're all threads in this great universe. We are preparing these young women to know where they came from but to also have courage to go forward and to be prepare for what life brings."

To help boost that number even further, the school also invested in the renovation of its so-called 'makers space' which will feature 3D printers, laser engravers and other high-tech equipment.

"Hands-on, experiential learning is sometimes the best and that's what you can remember," Corrigan-Davis said. "What's wonderful is that you can make something and it's not quite right, you can do it again and again. I think even in this pandemic we saw people were using 3-D printers to make facemasks and things like that."

The completion of the renovations could not have come at a more fortuitious time. The additional space will allow the school to largely have students remain on campus while also maintaining the appropriate amount of social distancing.

"Interestingly, you can see the cemetery here on campus as well where some of the sisters are buried. Some of those sisters died during the pandemic of 1918, the Spanish Flu," Corrigan-Davis said.

Juniors like Hannah Siy, who plans on getting a degree in politican science, have been eagerly watching the renovations on campus take place.

"I didn't expect all of this to be done so quickly and it looks amazing here. I'm excited to start being here and learning," Siy said. "I think that this building holds so much history. Nuns have been here, Sisters, all of it. Now that the students are able to come in here and enjoy it, I think that's a new beginning to our history here."

The additional educational space is sorely needed in order to accomodate surging enrollment, Corrigan-Davis said. The school's enrollment exceeded 720 in 2018.

While it was being renovated, Fitzmaurice Hall was a learning labratory for close to two dozen students. Called the Saint Joseph Construction Academy, those students were paired up with architects, contractors and other construction personnel in order to learn about the construction process. The contractor, woman-owned Regency Construction, also appointed female leaders over the project, including its design and construction teams.