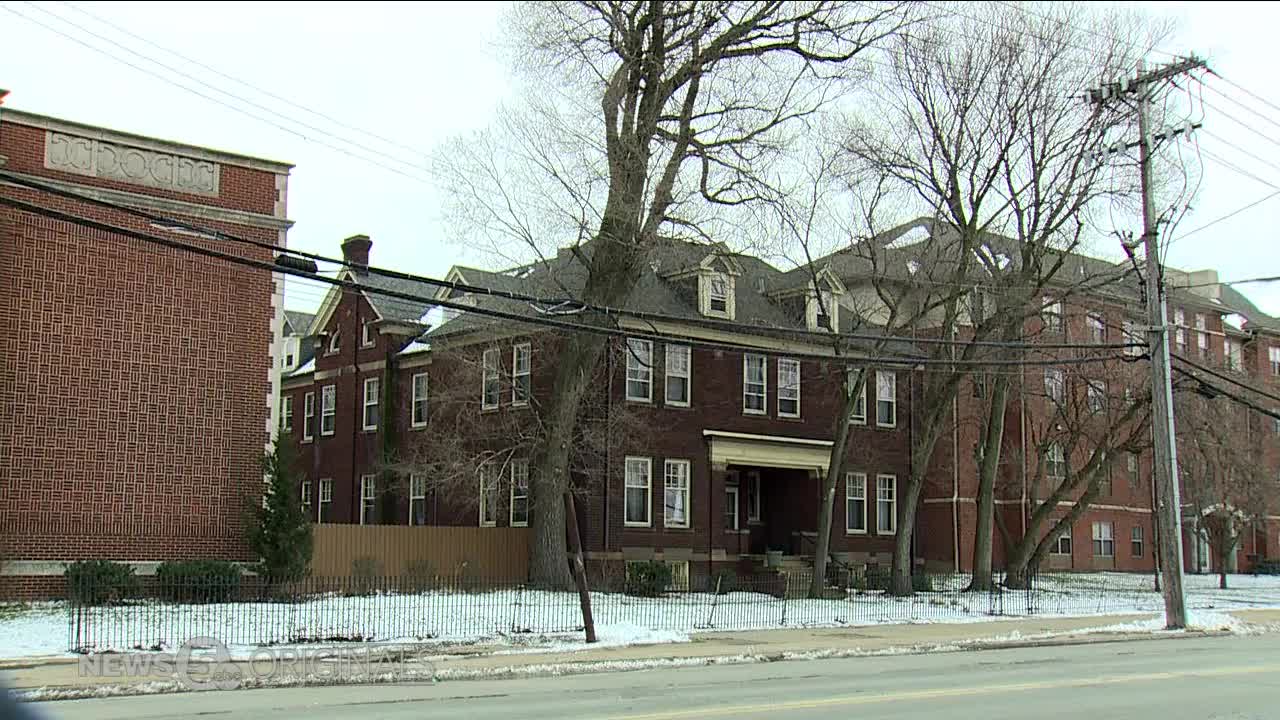 Whether it is alcohol or opiates, addiction can be a millstone around the necks of those dealing with it and the need for services is never ending. With that in mind, a sober living home for women that had humble beginnings has realized a decade-long dream of expanding.

CLEVELAND — Whether it is alcohol or opiates, addiction can be a millstone around the necks of those dealing with it and the need for services is never ending. With that in mind, a sober living home for women that had humble beginnings has realized a decade-long dream of expanding.

Located near Saint Coleman Church on West 65th St. in Cleveland, The Edna House for Women recently acquired the former church convent the non-profit has been leasing for more than a decade. Edna House also purchased the former school building next door. Co-founder Erin Becker said the organization knew it wanted to eventually purchase the property as early as 2007.

“We wanted to add some extra showers for the women and update the kitchen. We had a lot of ideas of what we wanted to do and we knew we needed to own it. Not to mention we knew we needed a forever home,” Becker said. “The longer we have been here, we realized we need some longer term living accommodations for the women — six months to eight months is just not long enough.”

Edna House filled a void that existed in the recovery ecosystem. By catering to women who had financial hardships and lacked private insurance, the program has carved a niche over the past 16 years. The program has graduated more than 300 women, many of whom are still active in the organization’s alumni network. On any given day, more than 35 women are staying at the sober living facility.

“We know that a longer a woman stays in stable, supportive, sober housing, the better the chance for long term recovery is. Not everybody has a good place to go back home to,” said Jenn Lasky. “The heroin epidemic has hit. Beds are always needed. We have women that say, 'I don't want to keep taking up this bed.' I never want her to feel like she has to leave just to help another woman.”

With the additional space in the adjacent school building, the Edna House will be able to create up to 15 suites for women who are in need of more long-term recovery treatment. The bottom floors will be used for gym space and rooms for the non-profit’s GED program.

“We want them to get their license, to be on a budget, to be financially independent, to move somewhere like their own apartment or back with family,” Becker said. “We don't want them to be just moving to more sober living situations. Edna House has never put a maximum length of stay on the women. We're lucky to be in a situation to be able to do that. It's critical.”

By purchasing the former convent, the Edna House will be able to make renovations and upgrades to the century-old building. The organization plans on beginning a capital campaign to raise the $1.2 million needed to make the necessary improvements.

“It was almost a sense of peace that we have our forever home. Edna House has been in this neighborhood since 2006. It just only feels right that this is now our home. These are our buildings,” Becker said.