President Obama rallies for Clinton and scoffs at Trump in Cleveland 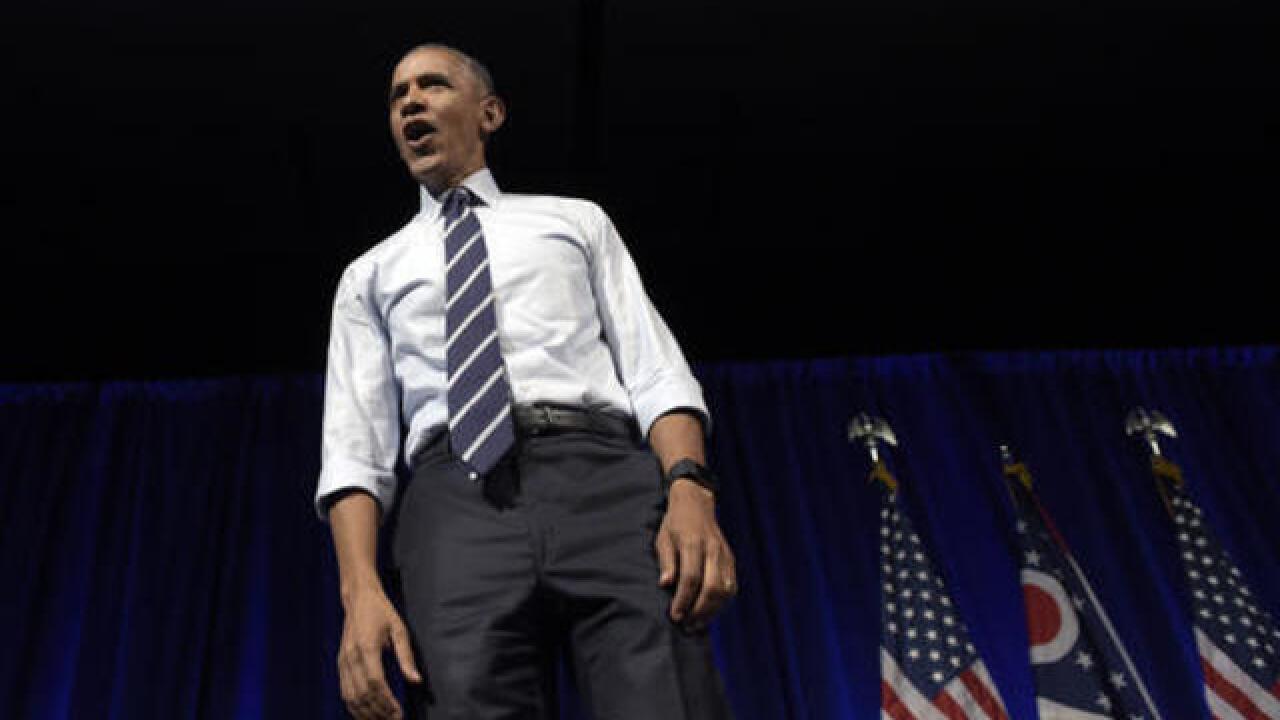 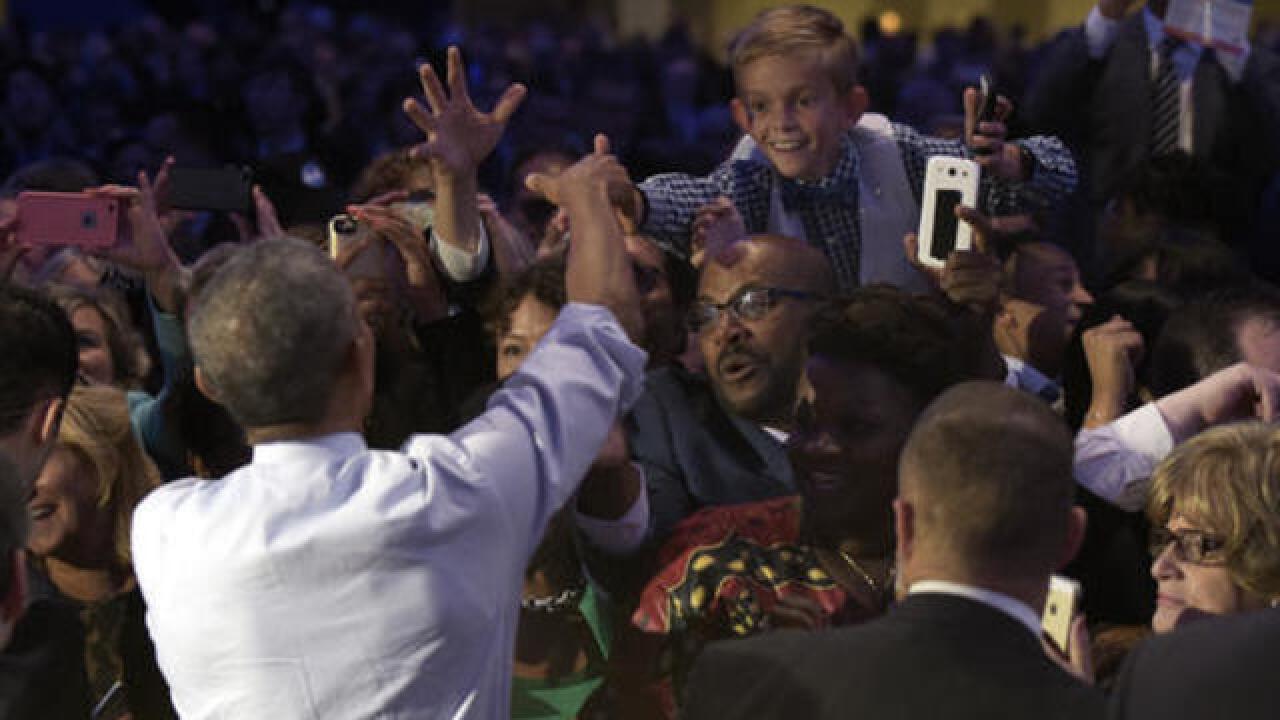 Rolling his eyes at the Republican nominee, President Barack Obama mocked Donald Trump's purported business acumen and newfound rage against the "global elite," as he rallied Friday for Democrat Hillary Clinton. He warned that democracy itself was at risk if Trump wins.

As the presidential election draws to a close, Obama has increasingly embraced his role as troll-in-chief to the former reality star who hopes to succeed him in the Oval Office. With his own popularity having rebounded, Obamahas become one of Clinton's chief antagonists making the claim that Trump's exaggerated boasts aren't to be believed.

He used a rally for Clinton in battleground Ohio to try to debunk Trump's charge a day before that Clinton was at the center of a global conspiracy by wealthy elites and political big-wigs to rig the system against working people.Obama encouraged voters to judge candidates by "what they've been doing their whole lives."

"This is a guy who spent all his time hanging around, trying to convince everybody he was a global elite ... and flying around everywhere and all he had time for was celebrities," Obama said. "Suddenly he's going to be the champion of working people?"

"Come on, man," Obama said with a sardonic laugh, in what became a recurrent refrain of his campaign speech.

In a cutting jab at Trump's business acumen, the president invoked the gambling adage that "the house always wins."

"Unless he owns the house," Obama said of Trump, his voice dripping with contempt. "Then it loses a billion dollars."

Trump, who formerly had a casino empire in Atlantic City, reported losing more than $900 million in 1995 in tax returns that were recently leaked. He's since acknowledged using those losses and accounting measures to avoid paying federal incomes taxes for years.

Obama's final-stretch push for Clinton has coincided with growing concerns among both parties that the intense toxicity of this year's campaign could pose long-term problems for American democracy, as citizens lose faith in the well-being of their political system. In his most direct terms yet, Obama echoed those concerns.

"Democracy itself is on the ballot right now," he said.

The president pointed to Trump's claims that the election is "rigged" against him, a charge Trump has leveled while encouraging his supporters to monitor for voter fraud he believes will be perpetrated in Pennsylvania and elsewhere. He likened Trump's tactics — including barring journalists he dislikes — to the way undemocratic nations operate, adding that "they are tyrannies and they are oppressive."

In a nod to Democratic concerns that Trump is trying to drive down turnout, Obama said Trump wanted to make politics so toxic that voters would figure they have "no good choices, and just not vote."

Ohio, with its diverse mix of cities and rural areas, is a coveted prize every four years, seen as a barometer for the shifts in the nation's political climate. This year, it's one of just four states that polls still suggest are toss-ups, along with Nevada, North Carolina and Florida.

This week Obama entered the final 100 days of his presidency, and he's increasingly devoting his time to trying to push Clinton over the finish line. Deploying his own popularity against Trump, Obama warned in dire terms that his legacy would falter if the businessman is elected.

"I'm here to tell you that all that progress goes out the window if we don't make the right choice right now," Obama said.