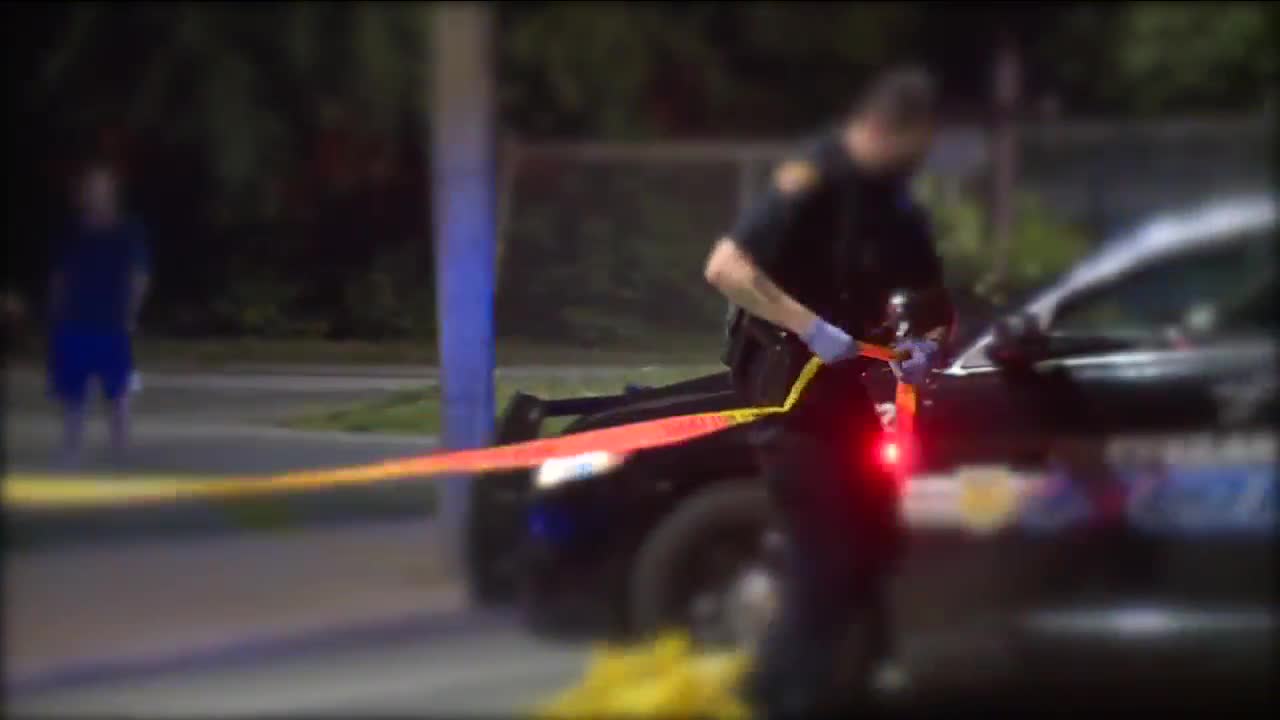 Attorney General Dave Yost announced Thursday that his office and a group of county prosecutors are seeking changes to Ohio’s laws governing no-knock warrants that would tighten the requirements for when they are issued, but not to eliminate them altogether. 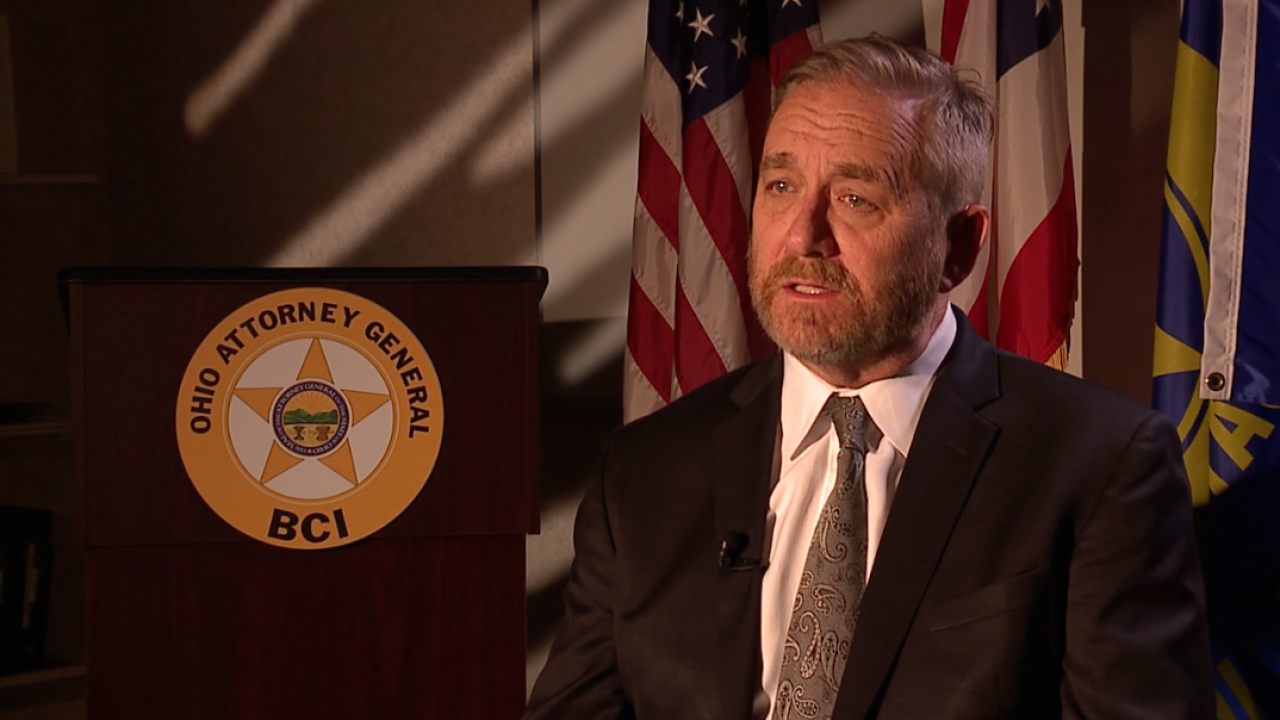 COLUMBUS, — Attorney General Dave Yost announced Thursday that his office and a group of county prosecutors are seeking changes to Ohio’s laws governing no-knock warrants that would tighten the requirements for when they are issued but not eliminate them altogether.

The request for change was sent in a letter to the General Assembly, the leaders of the Ohio House and Senate as well as Gov. Mike DeWine’s office.

What’s the difference between a search warrant and a no-knock warrant?

Yost said the state’s search warrant law generally requires police who are serving a warrant to search a house to first knock on the door, announce themselves, and state that they have a warrant. Police then have to give the resident inside the chance to respond before officers are allowed to use force to gain entry.

On the other hand, no-knock warrants are “those rare occasions when there’s a serious problem, a serious issue of officer safety, where if you knock on a door and say ‘police,’ they might answer the door with a burst of automatic weapons fire," Yost said.

A no-knock warrant is considered an “extraordinary” solution that is issued in lieu of a regular warrant. And while they are rare in many parts of Ohio, they are still being used more frequently than in the past, the attorney general said.

Further compounding the issue is that Ohio is a Castle Doctrine state—meaning that Ohioans are allowed to use deadly force to defend themselves in their own home, according to Yost.

How easy are no-knock warrants approved?

Currently, a statute in Ohio states that an affidavit filed to obtain a no-knock warrant must show that there is a serious risk of physical harm to police serving the warrant. Yost says that is not enough anymore.

As an example, Yost said that in prior cases, a no-knock warrant was obtained simply because authorities knew there was a firearm in the house they were going to search. That reason, Yost said, isn’t enough anymore because there are counties in the state where a majority of the homes would have a firearm.

“And that doesn’t seem to be enough of a showing to warrant the extraordinary remedy of eliminating the knock,” Yost said.

Here is what Yost and the group of prosecutors are seeking to change regarding no-knock warrants being issued:

Yost said that the state isn’t seeking an outright ban on no-knock warrants, but instead, nuanced and surgical changes that balance the needs of law enforcement and the right of Ohioans to live peacefully inside their homes.

“Executing a search warrant in cases involving drug dealers, human traffickers, and other violent offenders is inherently dangerous for law enforcement,” Yost said. “When a warrant is sometimes necessary, officers should be properly equipped to make the safest entry possible, and a no-knock warrant – a waiver of the statutory 'knock and announce' requirements – is the right tool to safeguard them.”

How often are no-knock warrants issued?

This can vary from county to county, but in Cuyahoga County, they are quite rare. According to O’Malley, Cuyahoga County issues around one no-knock warrant per year, if that at all.

“But when law enforcement needs that tool, it is critical that it'd be available to them for their safety of all law enforcement personnel at the scene or executing those warrants,” said O’Malley. "That’s why clarifying the issue, making the standard clear, raising it, as well as maintaining this tool in their belt is good for law enforcement in my county. And again, this is a tool that is rarely used. But when necessary it needs to be there for them.”

“While these types of warrants are only used in the rarest of circumstances, it is important they are done so in a responsible manner that takes the safety of all parties involved into consideration.”

Hamilton County Prosecutor Joe Deters said his county has similar numbers. Within the past 10 years, the sheriff’s office there has served only a few.

“We don’t have cowboys knocking down doors, you know, throwing people on the floor and things like that. It’s just not happening,” Deters said.

Tom Roberts, Vice President with the Ohio Conference of Units of the NAACP told News 5 his agency has so far not been part of the Attorney General's process to create higher requirements for no-knock warrants.

"We are in no form in support of no-knock as an organization,” Roberts said.

“We are hoping the Attorney General will not try to get the changes through the lame-duck session of the general assembly. I would hope he would do it after the first of the year, so it could be fully vetted by the committee.”

“I will have it sent out to my committee of public safety and criminal justice, who are made up of some former police officers and lawyers in the area and they will review it.”

“I commend the Attorney General for that, raising those standards, but once again, we need to look at it as a community," Dunn said.

“I guess it’s fine until we have that one case that goes wrong.”

“These warrants, they are executed disproportionately in communities of color.”

“This brings us to these larger problems we’re having nationally relative to policing, one-sided discussions and engagement, you need to engage the community.”

The case on everyone’s mind

In March, Kentucky resident Breonna Taylor was shot and killed by police. Taylor, an emergency medical worker, was shot multiple times by officers who entered her home during a narcotics investigation.

State Attorney General Daniel Cameron said that while the officers had a no-knock warrant, the investigation showed they announced themselves before entering. The warrant used to search her home was connected to a suspect who did not live there, and no drugs were found inside.

That case has brought no-knock warrants to the national spotlight.

The Associated Press contributed to this report