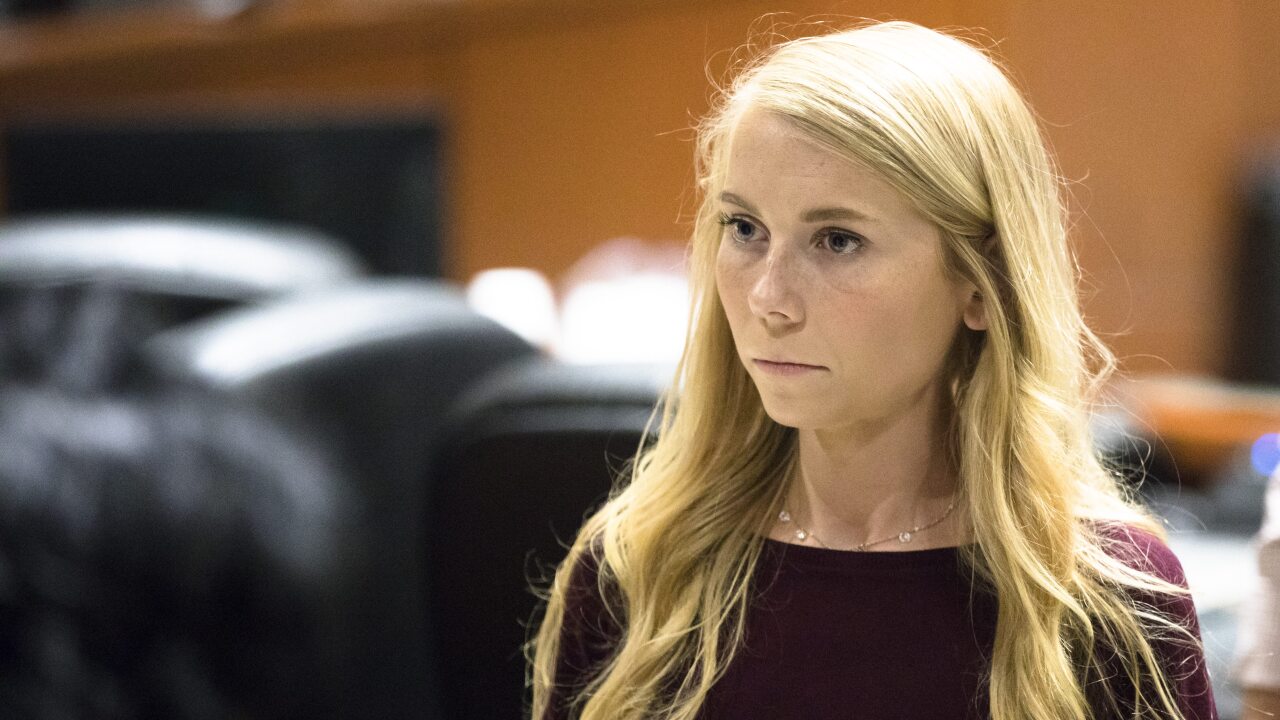 Albert Cesare/AP
Brooke "Skylar" Richardson steps out of the courtroom during a recess of proceedings, Friday, Sept. 6, 2019, at Warren County Common Pleas Court in Lebanon, Ohio. Richardson is on trial in the death of her newborn daughter found buried in her family's Ohio backyard. (Albert Cesare/The Cincinnati Enquirer via AP, Pool)

LEBANON, Ohio — The father of a young woman on trial for murder in southwest Ohio says she would never hurt anyone.

Scott Richardson testified Tuesday as the defense began its case for 20-year-old Brooke Skylar Richardson. Prosecutors say she killed and buried her unwanted baby daughter after hiding her pregnancy.

Richardson was arrested after a second police interview. Her father said he regretted not having an attorney there for her.

Voice cracking, he said she “would never hurt another living human being — let alone a baby.”

He said he was surprised to learn she had been pregnant. He testified he and his wife would’ve been shocked and angry, but would have accepted the baby into the family.

Defense attorneys have said the baby was stillborn. Remains were found in July 2017.

RELATED: Ohio cheerleader on trial for murder told authorities she 'didn't really want to have' her baby