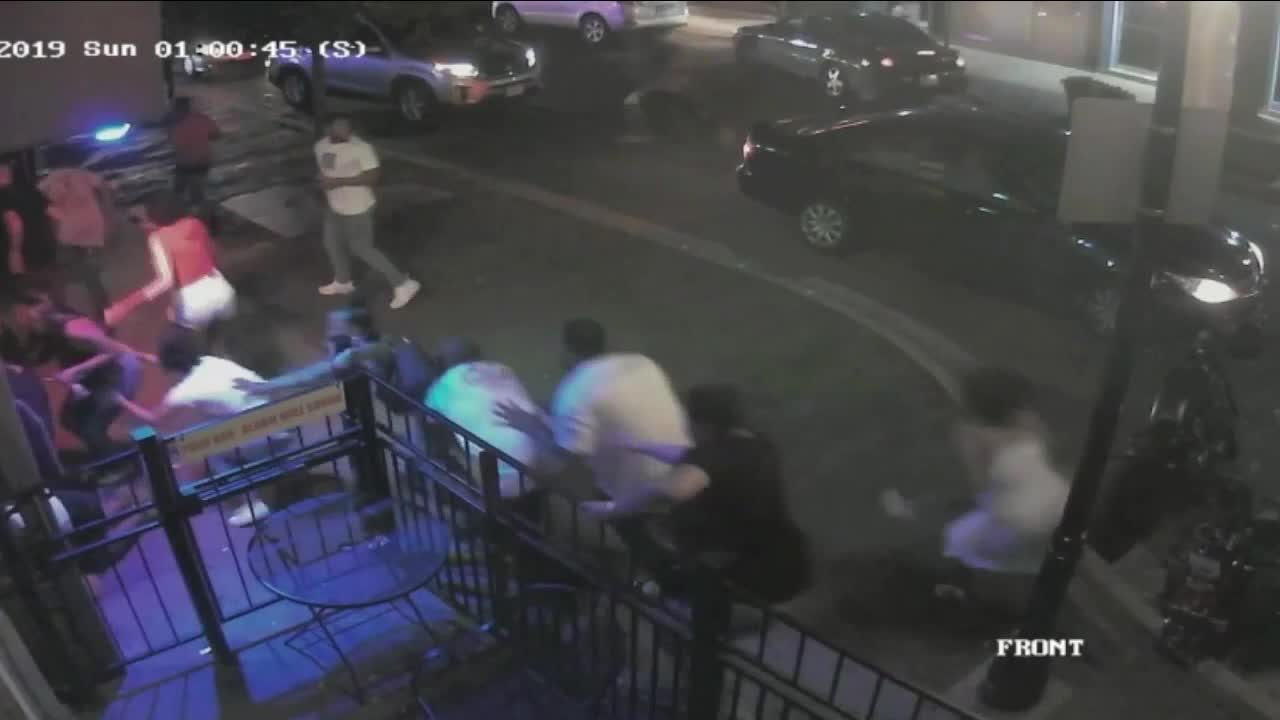 August 4 marks one year since the mass shooting in Dayton where nine people were killed and 17 others were injured. Legislation intended to bring about reforms to prevent mass shootings like the one in Dayton remains in committee at the Ohio Statehouse. 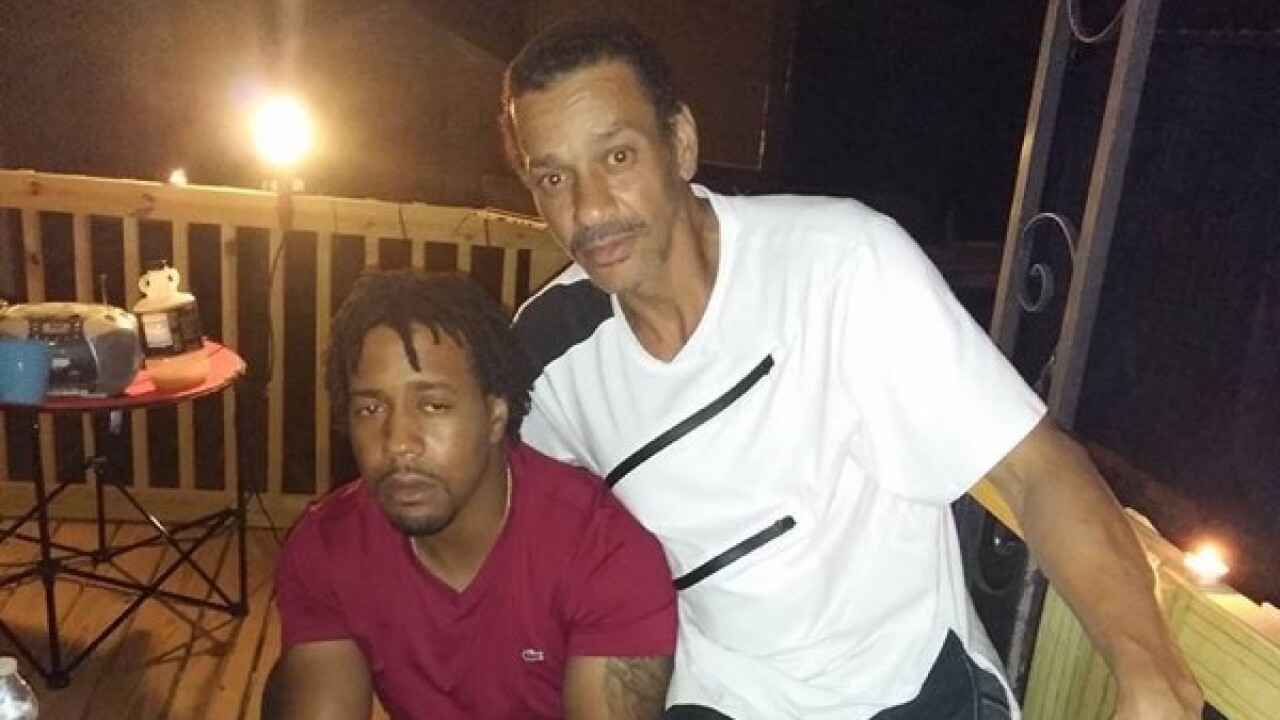 DAYTON, Ohio — August 4 marks one year since the mass shooting in Dayton where nine people were killed and 17 others were injured.

Legislation intended to bring about reforms to prevent mass shootings like the one in Dayton remains in committee at the Ohio Statehouse.

Dion Green survived the shooting in Dayton's Oregon District, but his father, 57-year-old Derrick Fudge, did not.

"I didn't die that night. Don’t know how," Green said. "And my dad was right beside me and I thought he only got shot once and it was four times."

Green said his life "changed in a matter of seconds." He no longer gets to go fishing with his dad or work alongside him at some of Green's properties. But he's tried to turn his pain into healing, and he wants to remind others that they can heal, too.

"Because you can never be the person you are when you go through something so tragic like that," Green said. "But maybe you can grab a little bit from your old self while you’re rebuilding your new self."

As Green faces another year without his father, he wants people to remember to "cherish the moments you have with your friends and family while we’re here."

Green is disappointed an entire year has gone by with no new reforms in place to prevent shootings like the one that took his father away from him.

"We've got to come together and we've got to start letting our voices be heard. Something has to change," Green said.

Until then, Green plans to continue his mission of helping other survivors and those who have lost loved ones regain a sense of normalcy. He started a nonprofit called The FUDGE Foundation, named after his father and with an acronym that means "Flourishing Under Distress Given Encouragement."

"I just want to help them get through it, cause I’ve been there," Green said. "If I didn't have the support of the community or the country blanketing me with their love and grace, I probably would’ve slipped down the hole."

In the months following the Dayton shooting, Governor Mike DeWine shared a series of gun reform proposals, which he called the STRONG Ohio plan. The STRONG Ohio bill remains in committee at the Ohio Statehouse, according to State Senator Matt Dolan (R-Chagrin Falls), the bill's sponsor.

"Unfortunately, it takes an anniversary of a tragedy to remind folks that there are other crises looming in the state of Ohio," Dolan said. "One of them is gun violence."

The bill, Dolan said, intends to curb violence in a few ways: by allowing guns to be removed from people who are a "violent threat" to themselves or others, by putting a "heavier burden" on the seller of a gun, and by enhancing the penalties for "those who use, brandish, possess guns illegally."

Dolan said it was "troubling" that the bill didn't get done sooner. However, he said he wants people to understand the bill is intended to curb gun violence, not as a "gun grab."

"If you're a law-abiding citizen who is not subject themselves to any sort of violent tendencies, there's nothing you need to worry about in terms of ownership of a gun," Dolan said. "We want to separate guns from people who want to commit violence, whether it be by suicide or by homicide."

He added that some people say the bill goes too far, while others say it doesn't go far enough.

"If we can leave the partisanship on the side and actually understand what we're trying to do, that keeps violent people away from guns, I think we can prevent the tragedy in Dayton from happening in the future," Dolan said.

Dolan said the bill has had several hearings for proponent testimony and that he hopes to hear opponent testimony on it when the General Assembly meets this fall. If it isn't passed and signed by DeWine this year, Dolan said he plans to reintroduce the bill in January.

One group that opposes the bill doesn't think it would do anything to stop mass shootings.

"Ohio's got a lot of laws on the books, and we just feel like we need to spend some time making sure those laws are being enforced rather than add additional regulations on folks who are already law-abiding," Rob Sexton, legislative affairs director for Buckeye Firearms Association, said.

Sexton said he would like to see local prosecutors and law enforcement enforce laws when people try to buy firearms who are barred from buying them.

As for the prevention aspect of these reforms, Sexton said, "It's hard to prevent something before it occurs."

He added, "A tendency is not an action, so I don't know how you predict bad behavior. I do think that with a bill like this one, you know, maybe discourages people from not even seeking mental health help if they need it" if they risk their firearms being taken

"If something is optional, there would be like me telling you your driver's license is optional," Hoover said of the bill's background checks. "Doesn't work that way. And so they have to be tougher than that."

Hoover also criticized lawmakers for moving forward on other gun-related issues and placing a priority on those ahead of these reforms. She said most of the STRONG Ohio bill was about mental health, rather than guns, and that the bill was much weaker than the reforms DeWine initially proposed.