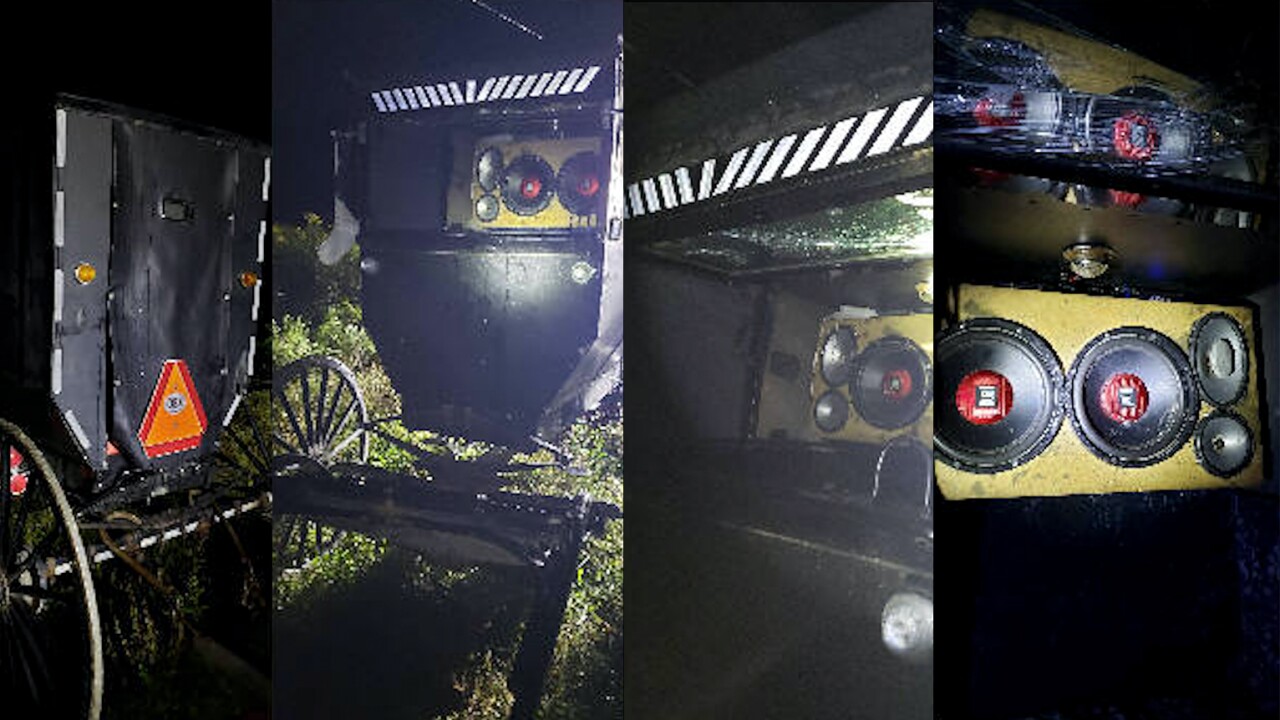 It’s not unheard of to forget something on top of your vehicle—be it a cup of coffee, phone or some other item. But for two Amish men in Trumbull County who were caught drinking and buggy-driving, it was a 12-pack of Michelob Ultra that was left resting on top of the carriage.

When the deputy pulled up to the buggy, both the driver and passenger bailed out of the carriage and ran off through the brush, leaving the horse to continue its leisurely walk down the road.

The two men managed to get away, but authorities caught up with the buggy and received another surprise. The buggy was decked out with a fully-functioning sound system, dual sub-woofers and all. Weird Al would have been impressed, or perhaps Xzibit, if the show "Pimp my Ride" was brought back for an Amish edition.

The deputy contacted a local towing company to impound the buggy. And as far as the horse? It was put in protective custody until its owner decides to come forward and claim it.

RELATED: The heist of the century goes down in Amish country