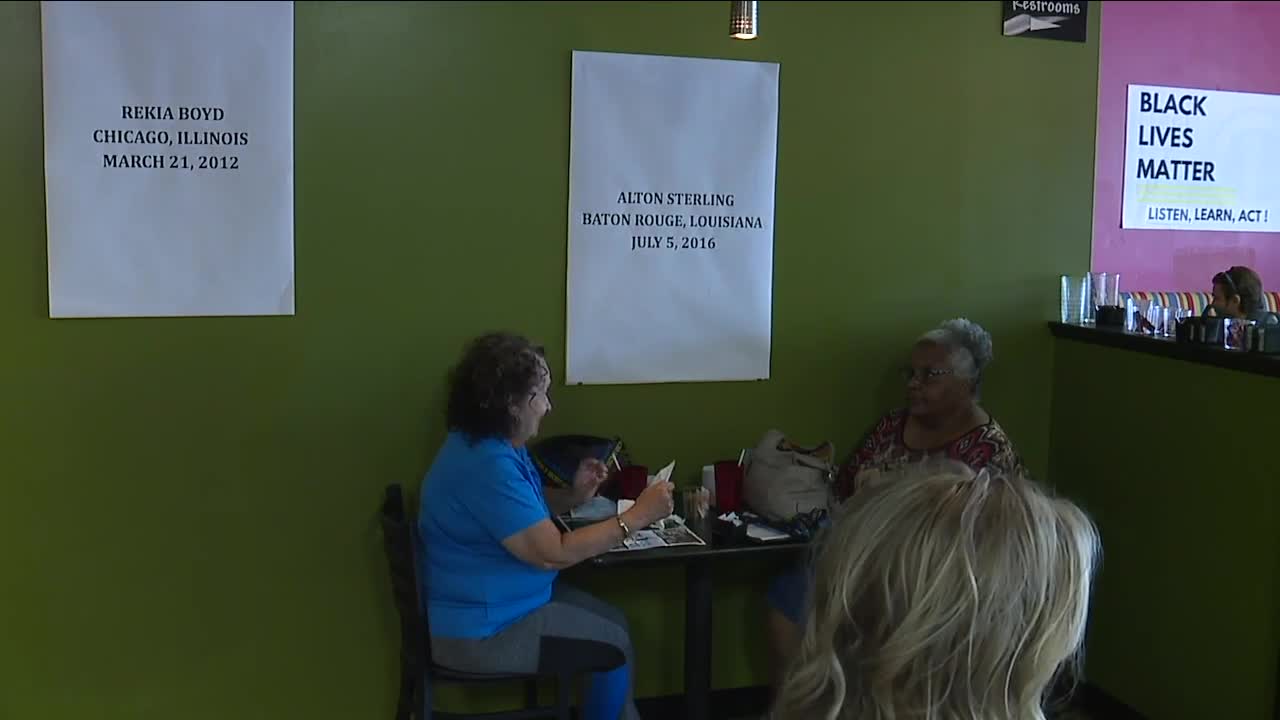 A local restaurant is serving up a lesson with its meals.

AKRON, Ohio — A local restaurant is serving up a lesson with its meals. Customers who go to The Eye Opener in Akron can not only get breakfast and lunch, they can get a lesson in racial equality.

The walls are covered with names like Tamir Rice, Trayvon Martin, and George Floyd. The names of people whose deaths sparked national protests for racial justice. Other names on the walls, you may not know.

The customers can also take pamphlets describing the people who have been lost.

Liz Kenner, the owner, says she did this because customers were talking about it. When she started her research, she was surprised by all of the names.

“I think what everyone is beginning to understand is that if we do nothing, and we say nothing, then, we’re complicit,” said Keener. “And, I just think most of us don’t want to be complicit any more.”

Keener plans to add the name Rayshard Brooks to her wall this week. He was killed during a confrontation with Atlanta police over the weekend.

So far, she’s given out about 200 pamphlets.