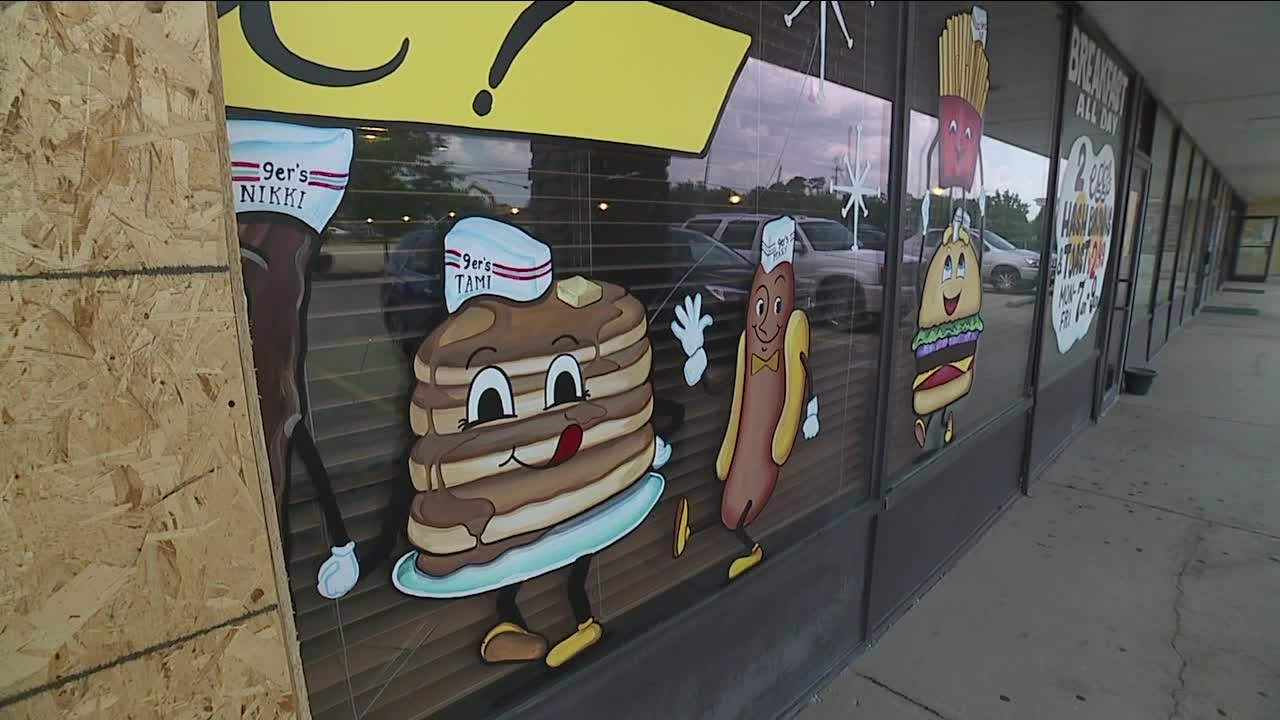 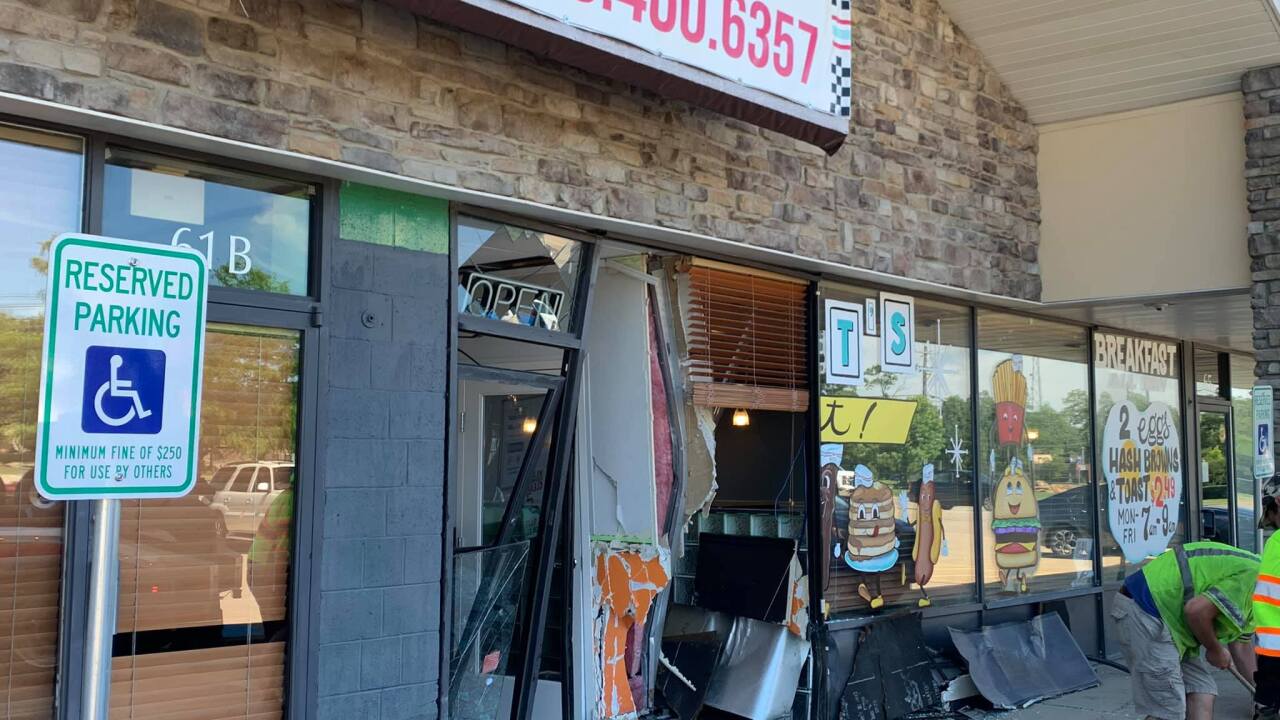 BRUNSWICK, Ohio — The past four months have been immensely challenging for business owners large and small alike. For one restaurant in Brunswick, those challenges have come in quick succession as 9ers Diner was forced to close for the second time after a driver -- and regular customer -- accidentally plowed through the front door.

Owned by Ed Neiner, a lifelong restaurateur that has had several successful family-atmosphere-style restaurants across Northeast Ohio, 9ers Diner opened in 2018. The focus on family is readily apparent as a caricature of each employee resembling a food item is hand-painted on the front facade.

"We hope everybody that comes in feels like they are family. We treat them like family," Neiner said.

Neiner had grand plans for his new venture, including modest renovations of his space off Pearl Road in Brunswick. He had recently invested in new cabinetry and granite for a buffet-style service for Sunday mornings.

Then, as mid-March approached, the positive momentum that the diner was seeing in terms of sales and guest count came to a screeching halt. The pandemic had begun.

"Everybody shut down. It was hard. It's rough," Neiner said. "Not only do you have to deal with the pandemic and making sure everybody is healthy but you have to make sure you earn a living too and the people that work for you. We have a responsibility to our employees."

To the best of his abilities, Neiner kept paying the staff as the group cleaned and spruced up the diner, he said.

"There's always somebody that has it worse. We just made the best of it. We came in the restaurant and we painted. We cleaned up as much as we could," Neiner said. "We continue to [install] our buffet and everything. It was hard. It wasn't easy but we got through it."

After the restaurant fully re-opened in May, business began picking up again, despite the limited capacity created by social distancing requirements. In mid-June, Neiner and some of his family members were seated near the dining room when an ear-deafening crash pierced the sleepy morning.

One of Neiner's regular customers had mistaken the brake for the gas pedal. The crash caused extensive damage to the front door of the business as shards of glass, insulation and splintered wood framing filled part of the dining room.

"It was chaos," Neiner said.

Neiner said he never once got angry, resentful or frustrated. His chief and sole concern was the health of the driver.

"No one was hurt. That's the most important thing. All of this stuff can be repaired," Neiner said.

Crews immediately began working to shore up the gaping hole in the front of the restaurant. Neiner's landlord offered an empty space next door to temporarily allow ingress and egress to the restaurant. The diner was closed for more than two weeks. It reopened June 30.

One of the first clients in the door, Neiner said, was the customer that caused the crash.

"You just have to forgive them and plug forward," Neiner said. "Everything is challenging every day. There are challenges every day. Whether it be a restaurant or working or anything you do. You have to make the best out of it."