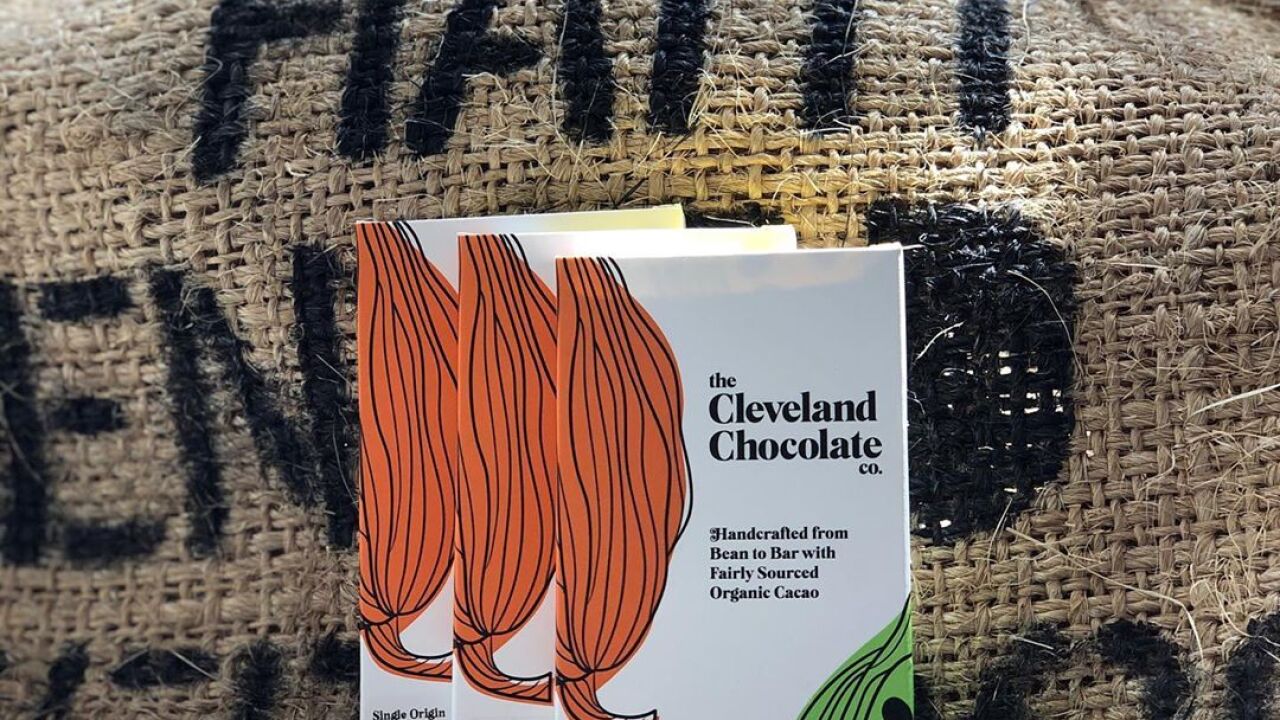 CLEVELAND — Cleveland is known as a city of makers. From roasting coffee beans in small batches to creating the only kombucha bar east of Chicago, the entrepreneurs here continue to find ways to do it better, from scratch, in Cleveland. Situated in a 450-square-foot space of the former Fairmount Creamery Company, a former sous chef traded in her experience of making delicious meals for a world unfamiliar, yet sweet to her: the art of chocolate.

Rebecca Hess opened the Cleveland Chocolate Company, but her new venture, launched in February, was short-lived because of the coronavirus pandemic.

“It was a challenge with the pandemic. We opened for three weeks and decided to close the retail shop and then kind of regrouped, finalized the website and got our shipping ready so now we are serving customers,” said Hess.

It started as a hobby. Her husband suggested they take chocolate-making classes, which along the way turned into something much bigger that would take her to Las Vegas for extensive training with chocolatier Melissa Coppel. Last year, Hess and her husband started receiving cacao beans from a tropical fruit basket as part of the Community Supported Agriculture Program. After collecting enough beans to make a batch of chocolate from scratch, she was hooked.

Before she went to Las Vegas, Hess searched everywhere for schools offering lessons on making chocolate the old way— from the bean to the bar. Aside from the two classes she found in Italy, which was a no-go because of the language barrier, her search came up empty, so she went to Vegas to learn finishing techniques involved in making chocolate.

But not everything could be learned from an instructor or a classroom. Most of what Hess knows about the process of making chocolate is self-taught through the hours and hours of saturation inside any book she could find.

“Even the techniques were vague. The books were geared either towards small batch making or scaled for factory production, but nothing really in between, so I used my 16-plus years in the restaurant industry to problem solve,” Hess said.

Eventually it all started to click for Hess, who only sources certified organic and ethically sourced ingredients. Every batch of chocolate pulls Hess more into the world of chocolate making, one that is still relatively new for the trained chef.

“It’s been a labor of love. Definitely have learned a lot and nothing comes easy. I’m learning every day and just becoming more efficient and learning what people are gravitating to more than others, keep building the chocolate portfolio in a fun and adventurous way,” Hess said.

Visit them at 2306 West 17th Street Suite 4, Cleveland or visit them online here.