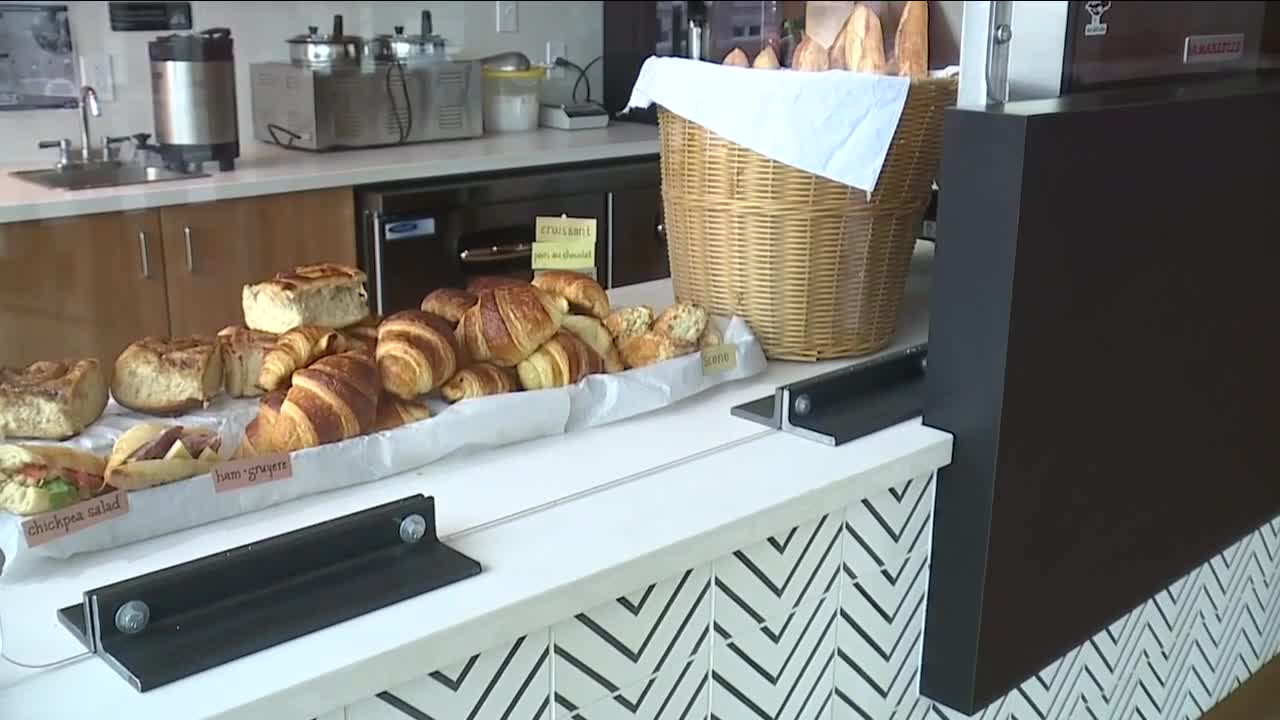 Early in the morning smells of fresh bread, pastries and coffee seep from the corner of Auburn Avenue and Scranton Road in Cleveland's Tremont neighborhood. 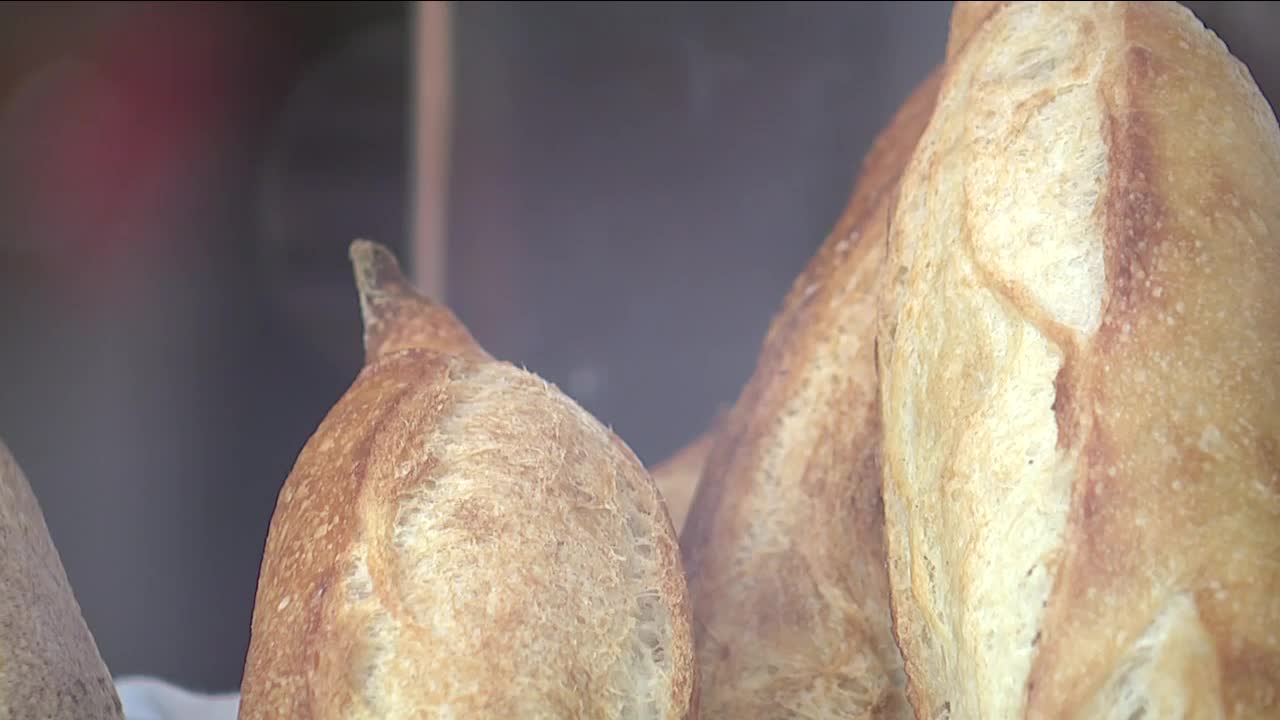 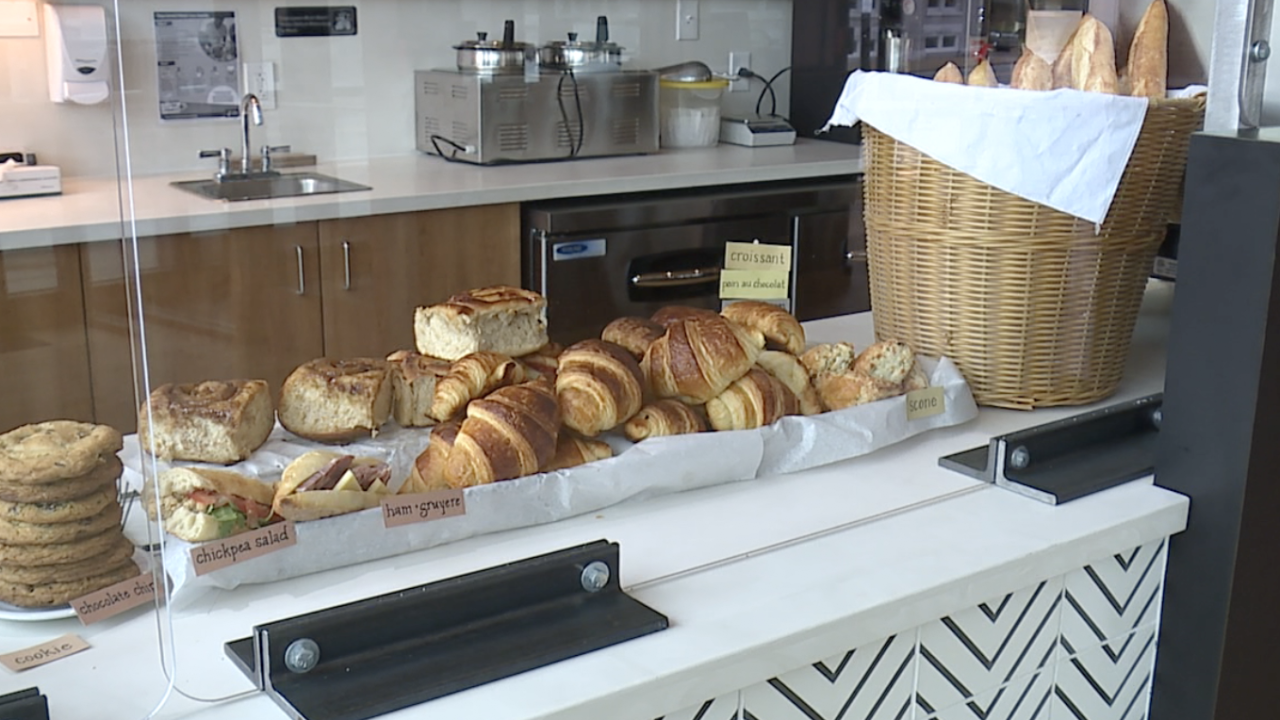 CLEVELAND — Early in the morning smells of fresh bread, pastries and coffee seep from the corner of Auburn Avenue and Scranton Road in Cleveland's Tremont neighborhood.

Inside Suite 1 of the newly built Tappan building, Ian Herrington is busy in the kitchen baking various breads and treats. Herrington is a professional baker who's worked inside the kitchen at On The Rise in Cleveland Heights. But now, after more than a year of hard work, the Lakewood native is the proud owner of Leavened, an artisan bakery.

"There's nowhere to get really good fresh bread or artisan bread in anywhere of the near west side neighborhoods," Herrington said. "So it was kind of always my dream to bring a bakery to these neighborhoods."

With the help of crowdsource funding and investors through Honeycomb Credit, Herrington made his dream a reality. He got his business off the ground and its retail space.

"I ended up raising a good amount of money just from people in the neighborhood, people who know me, people who don't, people who've bought my bread, people who interested in buying my bread and then just people who wanted to see a bakery in the community," he said.

Leavened first opened at the beginning of October, and already it's popular among those in the neighborhood and beyond.

"People have really showed up to support our little small business here and it's been kind of overwhelming," Herrington said. "We've had way more business in these first few weeks than I ever thought we'd have - especially in the middle of a pandemic."

Herrington said he's blown away by all of the support he's received in such a short amount of time and is looking forward to the day when his retail space can be enjoyed for its intended purpose.

"I'm super grateful to all the people from both the Cleveland community and from outside of Cleveland who've come in here to purchase our baked goods and our coffee," he said. "I can't wait until people are able to come in here and have a coffee and a pastry and a sandwich, or whatever, and just hang out with their friends or their family or do their work for the day."

Leavened is open Tuesday-Sunday from 6:30 a.m. to 2 p.m. Herrington said eventually he will extend the hours of operation a few days a week but for now he's still working to get his feet on the ground.