'We survived the Spanish Flu pandemic in 1918. We will survive this one too': Guarino's aims to survive second pandemic 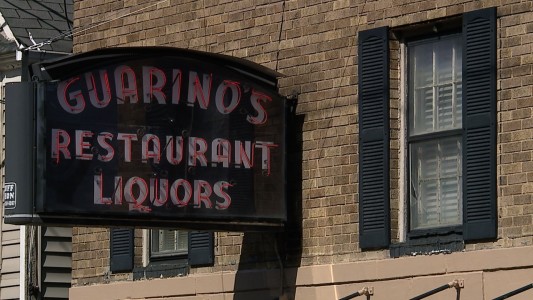 Founded just months before the Spanish Flu pandemic in 1918, Guarino's Restaurant in Little Italy will withstand the novel coronavirus pandemic with the same determination, the restaurant's owners said. 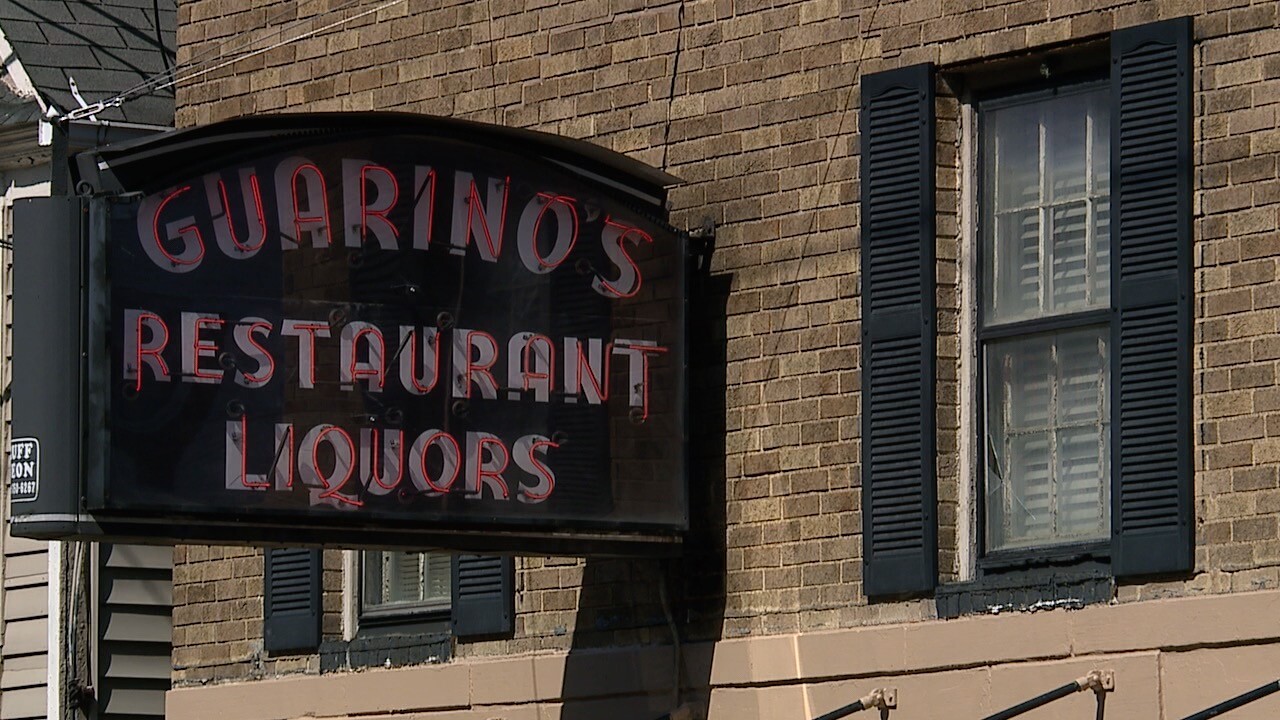 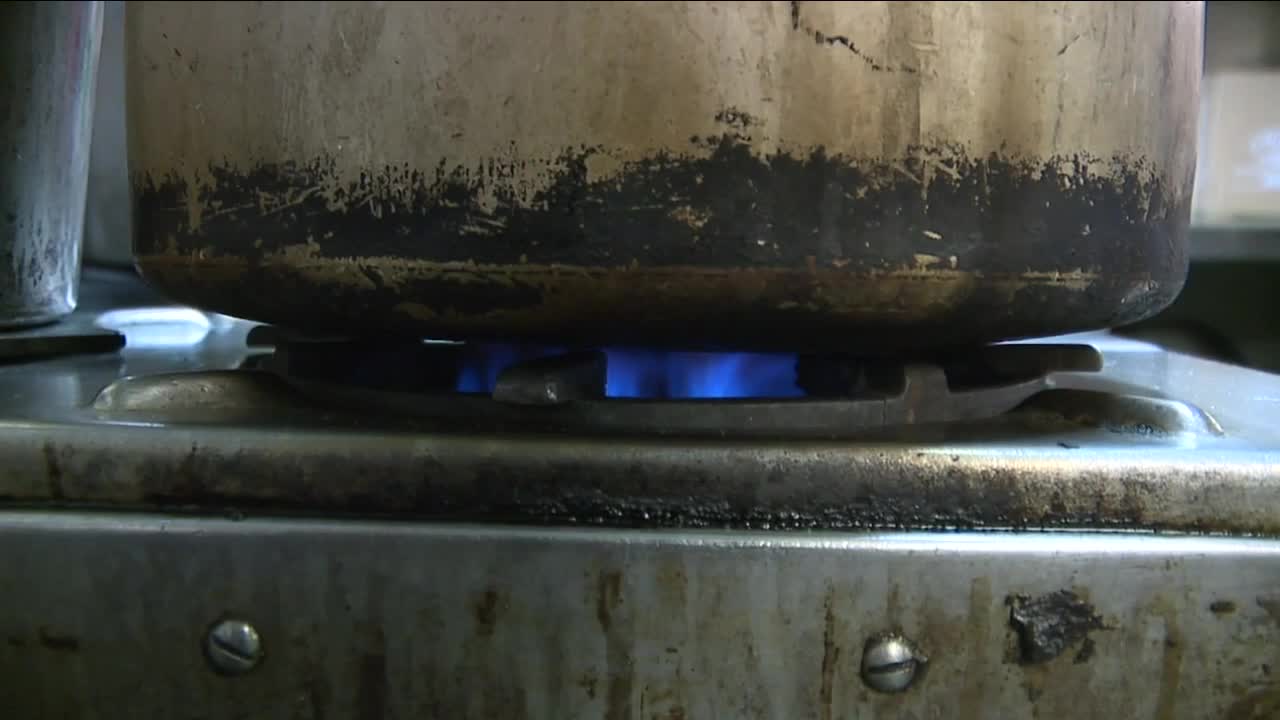 CLEVELAND — Whether it be a depression, a recession or a world war, a landmark restaurant on Cleveland's east side has been through it all in its 102 years of operation. Founded just months before the Spanish Flu pandemic in 1918, Guarino's Restaurant in Little Italy will withstand the novel coronavirus pandemic with the same determination, the restaurant's owners said.

Despite being passed on from generation to generation, the restaurant still maintains its classic Italian look, feel and charm. It is all by design, co-owner Scott Phillips said.

"When you walk in, people say, 'wow, I feel like I'm at my grandmother's house.' We're trying to keep that alive," Phillips said.

In 1898, the restaurant's founder and namesake, Vincenzo Guarino, settled in Cleveland's Little Italy neighborhood to live with relatives. Upon marrying Mary Guarino, he purchased a building on Mayfield Road that housed a poolroom and tavern with an apartment above. Mary would prepare meals in the downstairs kitchen and serve the clientele.

The restaurant was born.

"Well, my brother always says it's the Guarino's experience. That's a wonderful way to put it. It's what we we believe in," said co-owner Rachel Phillips-Geraci. "It's very personal for us because we treat our employees like family and we treat our guests like family."

That experience has been hard to come by of late. With the onset of the COVID-19 pandemic and the stay-at-home orders that followed, the restaurant's operations have had to shift entirely to take-out and curbside pick up. The restaurant also partners with Uber Eats and Door Dash for delivery. The transition has been difficult.

"People are calling on the phone to order food and they say, 'oh we miss you. We miss seeing you guys. We'll be there wherever you guys are doing it,'" Nancy Phillips-Geraci said. "It's really, really, really hard for us to not be as vital in the community as we have been for generations. However, we're Guarino's and we've been a part of Cleveland for 102 years. It we can make it through everything that we've been through, we can make it through this."

Not long after Vincenzo started the business, the Spanish Flu pandemic had a stranglehold on the entire world. More than 50 million people died as a result of the extremely contagious, pervasive disease. Between late 1918 and early 1919, more than 4,000 people died in Cleveland alone. More than 15 percent of those that contracted the disease in Cleveland died, which is more than both New York City and Chicago, according to media reports at the time.

The fact that Vincenzo Guarino and the city at large survived such a pandemic, gives the Phillips family a sense of determination to get through the coronavirus panedmic. The outpouring of support from their regular customers has also provided the strength to keep going.

"It means a lot. It means a lot. We have a lot of regular customers and to see them the last two weeks come all the way out here just to greet us at the door and get their food, it means a lot," Scott Phillips said. "They thank us for being open and we thank them for driving all the way over here. It's kind of nice. You feel like they aren't just customers. They are family. They are part of the Guarino's family. We're just trying to give back to the neighborhood, give back to the community. Everybody has supported us over the years."

With their mother's lessons of charity in mind, both Scott and Rachel have made it a point to give to their local parishes, despite the uncertainty surrounding their own business. Guarino's Restaurant has spearheaded several spaghetti dinner fundraisers for the catholic parishes in Independence and Chardon. Customers order meals and pick them up at the church. Part of the proceeds have been funneled back to the church, which have helped off-set the losses weekly offerings.

Through pandemics, hardship and 102 years of continued challenges, food and family go hand-in-hand at Guarino's Restaurant -- just like Vincenzo Guarino knew it would.

"This too shall pass," Scott Phillips said.

If you would like your restaurant listed on this map, head to News 5's We're Open! Northeast Ohio page and fill out the form. Please include your restaurant's name, address, and what you are offering customers.