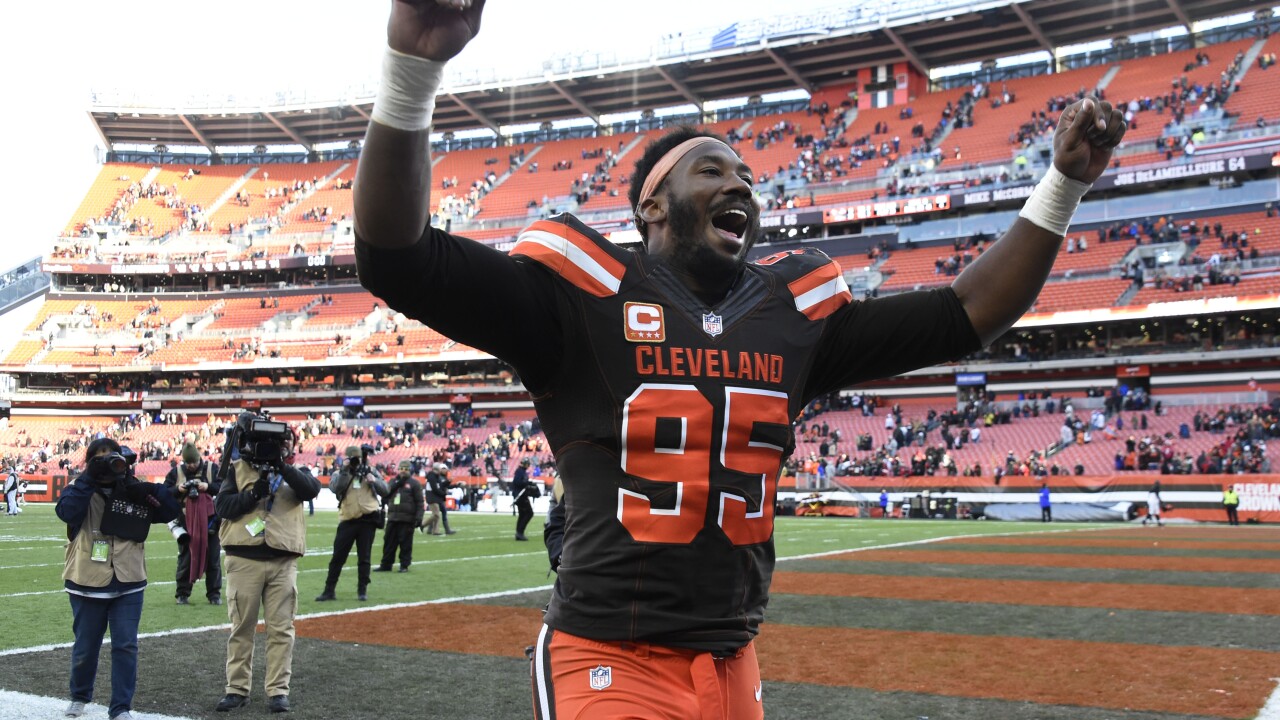 For the first time since 2015, more than one member of the Cleveland Browns has earned NFL All-Pro honors. Defensive end Myles Garrett and left guard Joel Bitonio were named second-team selections on the Associated Press 2018 All-Pro Team.

Garrett and cornerback Denzel Ward were both recently named to the Pro Bowl team, and Bitonio is an alternate.

The rest of the league
Patrick Mahomes and three other Kansas City Chiefs players made The Associated Press 2018 NFL All-Pro Team on Friday. They were joined by the first rookie teammates since 1965 — Colts guard left Quenton Nelson and linebacker Darius Leonard.

Rams defensive tackle Aaron Donald was the only unanimous choice in balloting by a nationwide panel of 50 media members who regularly cover the league.

“A lot of credit to my teammates and my coaches for pushing me and helping me.”

Nelson and Leonard are among four rookies on the squad, a first for the AP team. Seahawks punter Michael Dickson and Chargers safety Derwin James also made it. The last time rookies from the same team were All-Pros was 1965. And that was not a bad combo: Dick Butkus and Gale Sayers, both Hall of Famers.

“These are the kind of guys who have the DNA, the makeup of everything that we are looking for,” Colts coach Frank Reich said. “All the intangibles, all the character qualities, everything about them. It’s a really hard filter to get through to get marked that way and both Quenton and Darius had that on their card. So that says something about their maturity and how fast we think they will develop.”

And already have developed.

“It means a lot to get back to the top level of the game,” said Watt, who missed most of the 2016 and ’17 seasons with major injuries. “Obviously, it’s an extreme honor to be a first-team All-Pro, especially after what I’ve been through the last two years and hearing the things that people were saying and questioning myself at times.

“To be able to get back to the top level of the game and know that I still have things to improve on and things that I want to get even better at, it’s exciting.”

Brothers also were voted to the squad: Travis Kelce of the Chiefs and Eagles center Jason Kelce.

“For me and my brother to both get it, it’s that much more special because I still remember us in the backyard fighting with each other, playing football growing up and we envisioned each other competing at the highest level, competing against the best players,” Jason said. “And for both of us to be recognized as one of those guys is pretty special.”

“I think I really took a lot of pride in leadership,” said Wagner, who got 49 votes. “I knew that was going to be big if we were going to be successful. I knew I was going to have to up my role in that, up my mindfulness in that. I was really conscious of that and just making sure I was, when it came to getting back to the defense I looked at it from a different lens.”

Hopkins got the most votes on offense with 46.

“This is validation,” Hopkins said. “I feel like these people are the people who actually know football, who study football, who have been around football for years, so do be on this list and to be first team is a great feeling. But it makes me want to work harder and continue to be on that list.”

RELATED: These are the Cleveland-area athletes who are playing in the NFL playoffs