Carlos Santana pens letter to Indians fans: 'I fell in love with Cleveland' 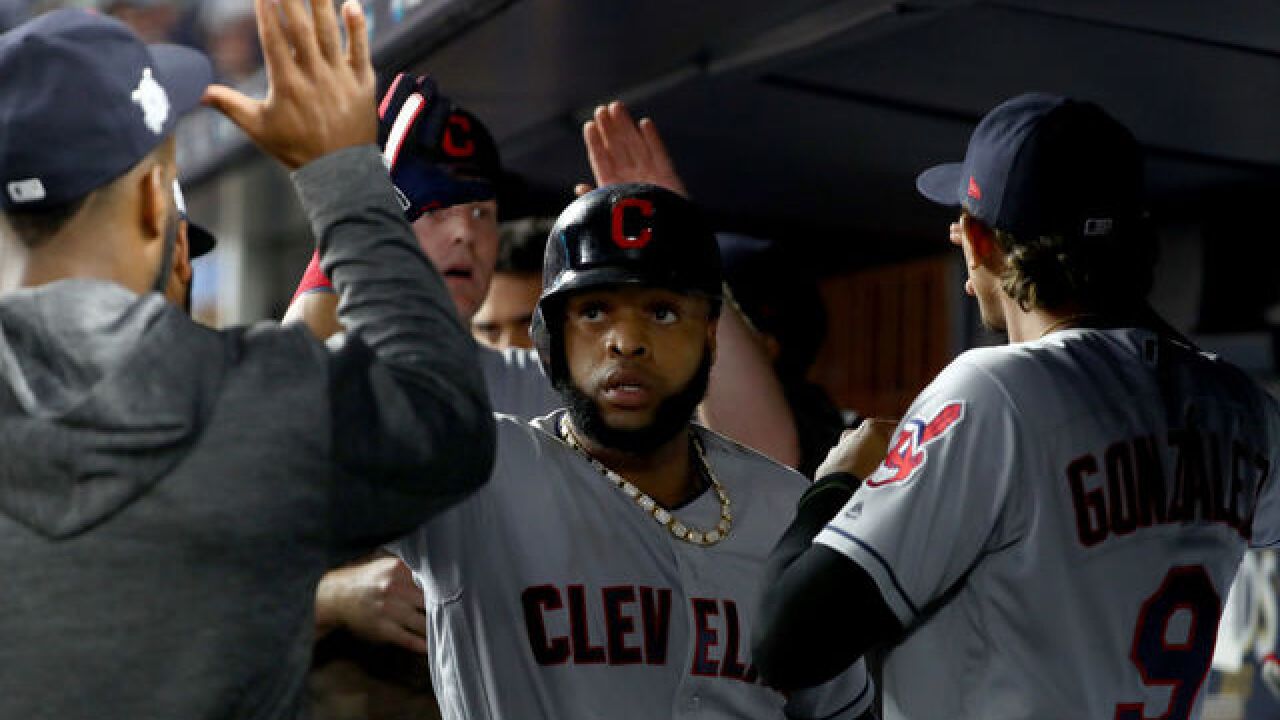 Copyright 2018 Scripps Media, Inc. All rights reserved. This material may not be published, broadcast, rewritten, or redistributed.
Al Bello
NEW YORK, NY - OCTOBER 09: Carlos Santana #41 of the Cleveland Indians celebrates with his teammates in the dugout after hitting a two run home run scoring Jay Bruce #32 against Luis Severino #40 of the New York Yankees during the fourth inning in Game Four of the American League Divisional Series at Yankee Stadium on October 9, 2017 in the Bronx borough of New York City. (Photo by Al Bello/Getty Images)

We will miss our dear friend Slamtana. And, as it turns out, he will miss us too.

The former Indians first baseman is going to Philadelphia to play for the Phillies. But before he goes, he wrote a letter to Cleveland fans, saying he will miss the city and the people.

He also thanked the Cleveland Indians organization for giving him his start and taking care of his family.

Read the full letter below:

This process has been one of the most difficult I have had to experience. It's not easy not knowing what the future holds. I cried once it sunk in that I would no longer be suiting up for and living in the City of Cleveland.

I may be starting new roots in Philly but I will always leave a piece of my heart in Cleveland. I tried to give it my all during these years and I hope you will remember me for being a good Clevelander and teammate. I wish the organization the absolute best. To the Dolans, Chris Antonetti, Mike Chernoff, Tito Francona and his staff, Tony Amato and his staff, trainers, video people, and the entire Cleveland Indians Family, thank you for taking care of me and my family for all of these years. You meant more to me than you will ever know.

I'm off to Philadelphia to help them build a winner. I'm ready for the challenge. I look forward to the work that lays ahead. Until we see each other again … be great!