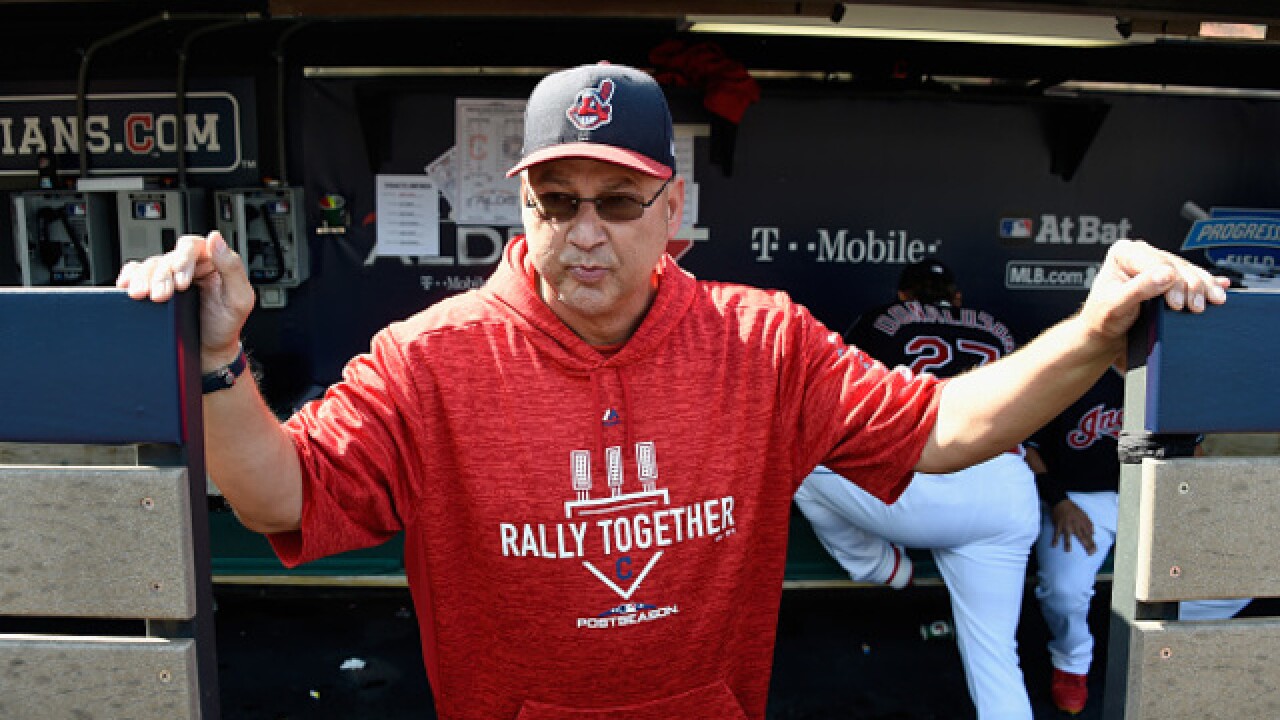 Image copyright 2018 Getty Images. All rights reserved. This material may not be published, broadcast, rewritten, or redistributed.
Jason Miller
<p>CLEVELAND, OH - OCTOBER 08: Manager Terry Francona of the Cleveland Indians looks on before Game Three of the American League Division Series against the Houston Astros at Progressive Field on October 8, 2018 in Cleveland, Ohio. (Photo by Jason Miller/Getty Images)</p>

The Cleveland Indians had the perfect reaction Monday to the firing of Cavs and Browns coaches.

Future Hall of Famer Terry Francona will be at Tribe Fest on January 12. #RallyTogether pic.twitter.com/cYT5KXWv8O

Fans on social media grew concerned if anything would happen to Terry Francona after the city experienced an uproar in the sport's world— first on Sunday when the Cavs announced they fired head coach Tyronn Lue followed by the Browns firing head coach Hue Jackson.

One fan on Twitter even went as far as to say, "Glad Tito doesn't rhyme with Lue or Hue."