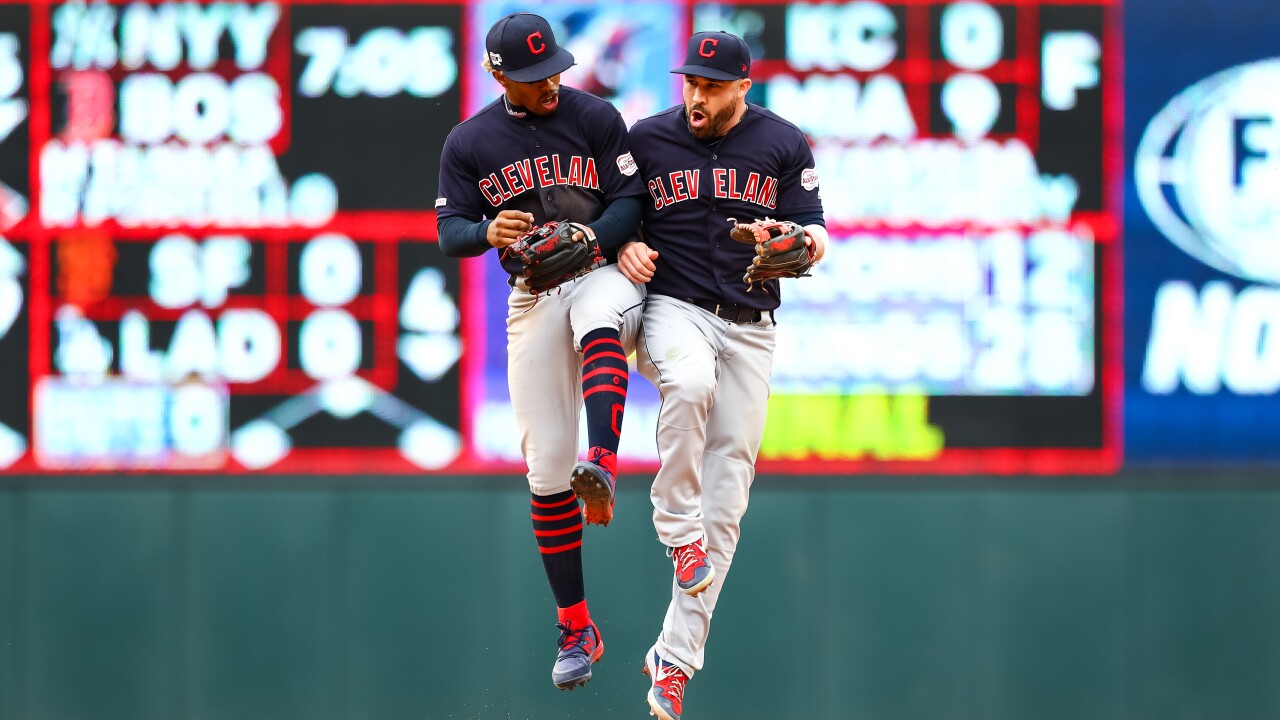 The Indians, 1 1/2 games behind Oakland for the second wild card in the American League, moved back to 5 1/2 games behind the Twins in the AL Central. The Indians and Twins close the season series with a three-game set in Cleveland that begins on Friday.

Brad Hand pitched around a walk and a hit batter in the ninth to earn his 34th save of the season.

The Indians took a 2-0 lead in the second inning on Franmil Reyes' two-run single off Twins starter Randy Dobnak.

Santana hit his 33rd homer of the season, a solo shot off reliever Devin Smeltzer in the third. Lindor tagged Smeltzer for his 29th of the season in the fifth.

The Twins got a solo home run from Mitch Garver — his third in two days and 29th of the season — in the fourth inning. Rookie LaMonte Wade Jr. drove in a run with an infield single in the seventh to make it 5-2.

The Twins loaded the bases with one out, but reliever Nick Wittgren struck out C.J. Cron and Garver to end the threat.

Shane Bieber will take the mound on Monday night as Cleveland opens a three-game series against the Angels in Anaheim. Bieber has given up more than three earned runs just once in his last 16 starts.