How Carlos Carrasco is fighting his way back to the Tribe 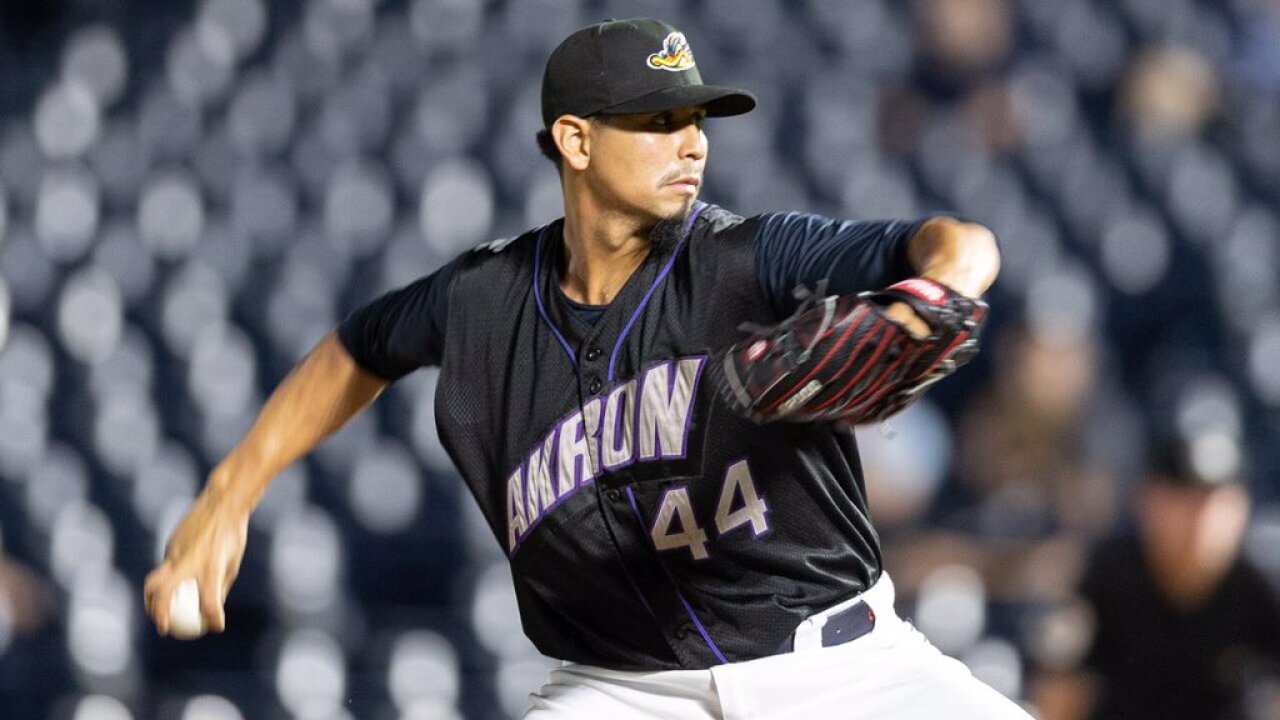 AKRON, Ohio — Just a few months after being diagnosed with leukemia, Indians pitcher Carlos Carrasco is fighting his way back to his old self as he continues pitching with the Akron Rubber Ducks.

On Thursday, in his second rehab outing with the Rubber Ducks, the AA affiliate of the Indians, Carrasco showed just how hard he’s working.

Carrasco recorded four strikeouts in 1.2 innings pitched, allowing no walks, runs or hits. He threw 25 pitches and 17 strikes with his pitching velocity above 90 mph.

Carrasco faced the first 3 batters of the sixth:

Removed for RHP Henry Martinez with a runner at 2nd

Fans at the game were quick to give Carrasco a standing ovation, both when he walked onto the field and when we walked off in the sixth inning.

Carrasco previously threw one inning of relief Monday night for Akron against the Harrisburg Senators. It was his first outing since being diagnosed with cancer. He pitched for one inning and recorded a strikeout while on the mound.

Removed after 4 K in 1.2 hitless IP in the 5th and 6th, @Indians RHP @Cookie_Carrasco tipped his cap to the Canal Park crowd, concluding his 2nd @AkronRubberDuck rehab appearance on Thursday night https://t.co/q7pWJsj5LE pic.twitter.com/1HGl0GBSFN

If one thing’s for certain, it's that we’re all looking forward to seeing Carrasco progress in both his health and on his way back to the Tribe.