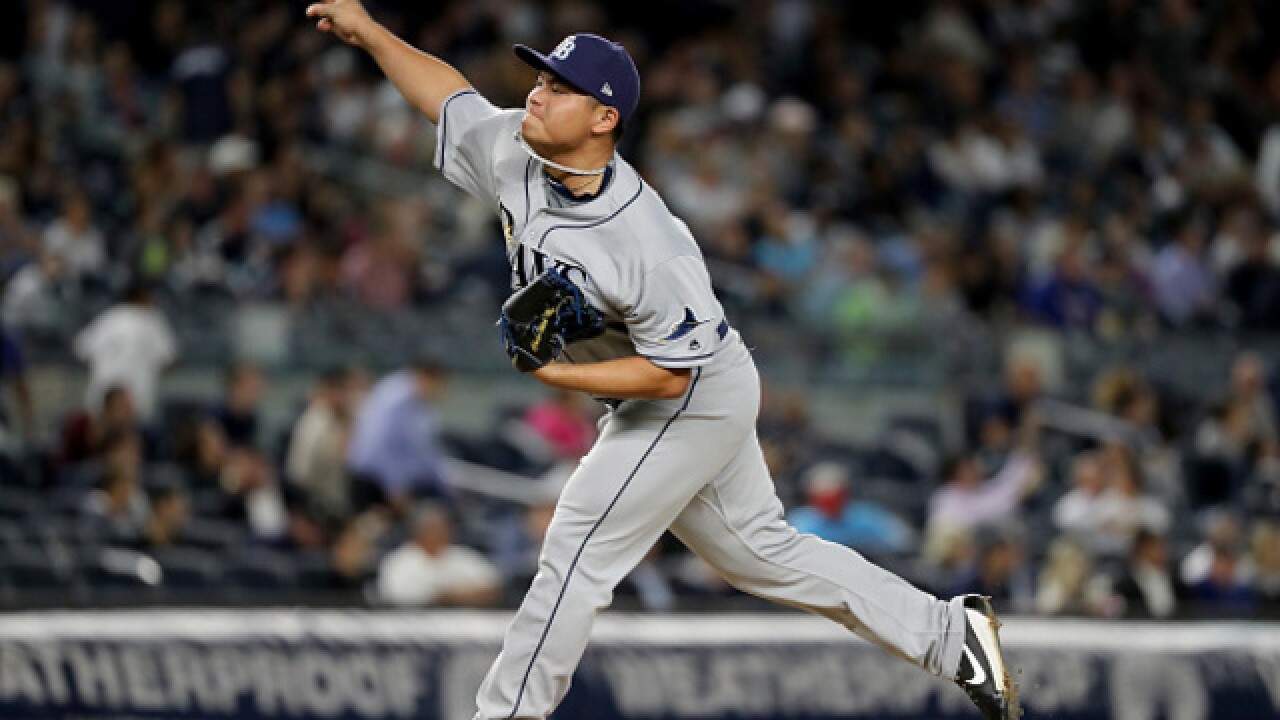 Copyright 2018 Scripps Media, Inc. All rights reserved. This material may not be published, broadcast, rewritten, or redistributed.
Abbie Parr
<p>NEW YORK, NY - SEPTEMBER 28: Chih-Wei Hu #58 of the Tampa Bay Rays pitches during the third inning against the New York Yankees at Yankee Stadium on September 28, 2017 in the Bronx borough of New York City. (Photo by Abbie Parr/Getty Images)</p>

The Cleveland Indians have acquired right-hander Chih-Wei Hu (chee-way-hoo) in a trade with the Tampa Bay Rays for infielder Gionti Turner.

The trade was announced Monday. The 25-year-old Hu made just five relief appearances with the Rays in 2018. He spent most of the season at Triple-A Durham, where he went 5-7 with a 4.66 ERA in 24 games, including 19 starts.

With Tampa Bay, Hue struck out 12 in 13 innings. He was acquired by the Rays in 2015 from Minnesota in the non-waiver deadline deal for right-hander Kevin Jepsen. Hu had the lowest ERA (2.59) in the Southern League in 2016.