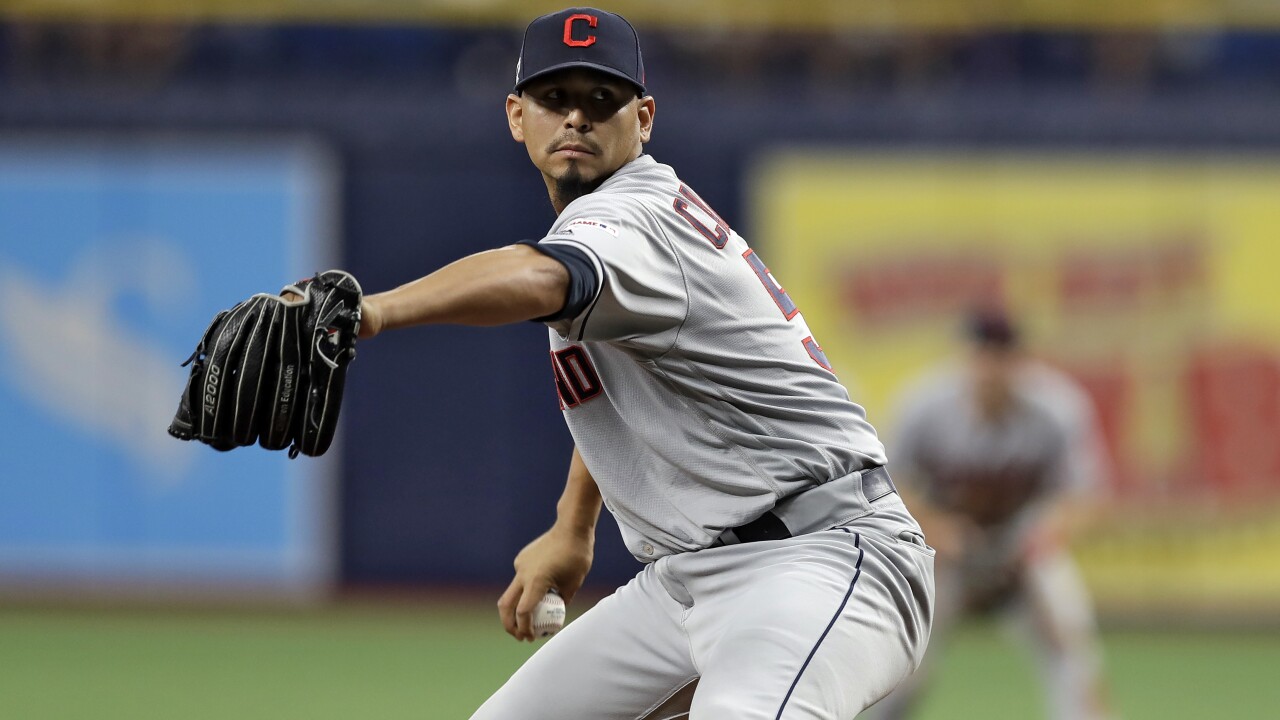 Chris O'Meara/AP
Cleveland Indians pitcher Carlos Carrasco delivers to the Tampa Bay Rays during the seventh inning of a baseball game Sunday, Sept. 1, 2019, in St. Petersburg, Fla. Carrasco is making his first appearance since May, when he was diagnosed with leukemia. (AP Photo/Chris O'Meara)

The awards have been presented since 2005 to one player in each league who re-emerged on the field during the season according to a news release from the MLB.

Carrasco was diagnosed with chronic myeloid leukemia in early June and missed three months of the 2019 regular season after making his final start on May 30. Following treatments, Carrasco began rehabilitation on Aug. 19 and returned to the active Major League roster on Sept. 1. He made 11 relief appearances overall during his September comeback.

Carrasco is the second Indians player to claim the award, after left-handed pitcher Cliff Lee in 2008.