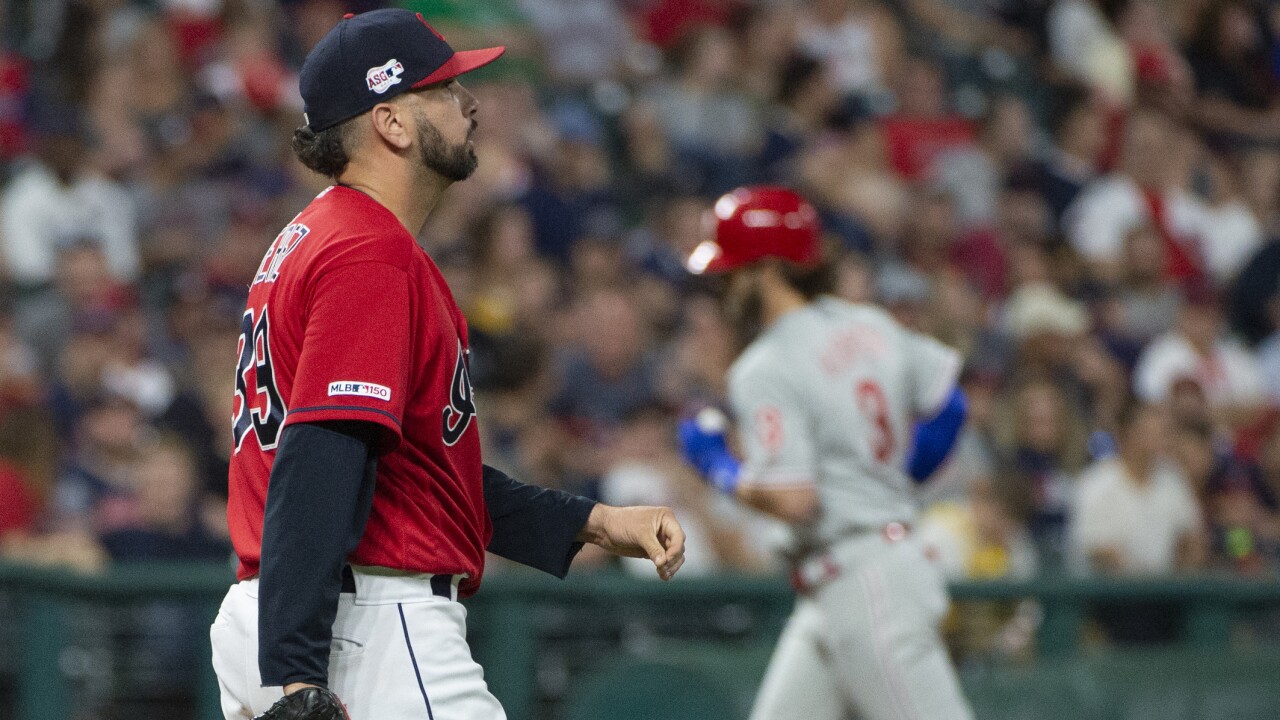 CLEVELAND — The Indians are one game further away from the playoffs with their loss to the Philadelphia Phillies Saturday night.

Carlos Santana got things started early with a single to center field that sent Francisco Lindor home. Franmil Reyes’ single then sent Santana home, putting the Tribe up 2-0 heading into the second inning.

If you finish with more runs than your opponent, you win.

That's what we're trying to do here.

The Phillies tried to answer back with a run of their own at the top of the second, but center fielder Oscar Mercado came ready to play.

At the bottom of the second inning with two outs on the board, Mercado homered on a line drive to center field with Lindor on first, giving the Indians a 4-1 lead.

Zach Plesac gave up a solo home run in the fourth to former Indian Brad Miller, cutting the Phillies’ deficit 4-2.

Manager Terry Francona made a pitching change, replacing Plesac with Oscar Perez, who quickly gave up a three-run homer to Bryce Harper putting the Phillies up 5-4 in the fifth inning.

Not long after the pitching change, Perez was replaced by James Hoyt, who gave up another homer to former Indian Jay Bruce, increasing Philadelphia's lead 6-4.

The Phillies added three more runs off pitchers Nick Wittgren and James Karinchak with a second homer from Miller, a single from Cesar Hernandez that sent Scott Kingery home and a sac fly by Harper sending Hernandez home.

With the Tampa Bay Rays’ win over the Boston Red Sox, the Indians fall a game behind in the AL Wild Card race.

Sunday is the Tribe’s last home game of the regular season as they take on the Phillies in the final game of the three-game series. The Indians then have six games left on the road against the Chicago White Sox and the Washington Nationals.