Indians Francisco Lindor still carries pain from playoff loss: 'I still can't get it out of my head' 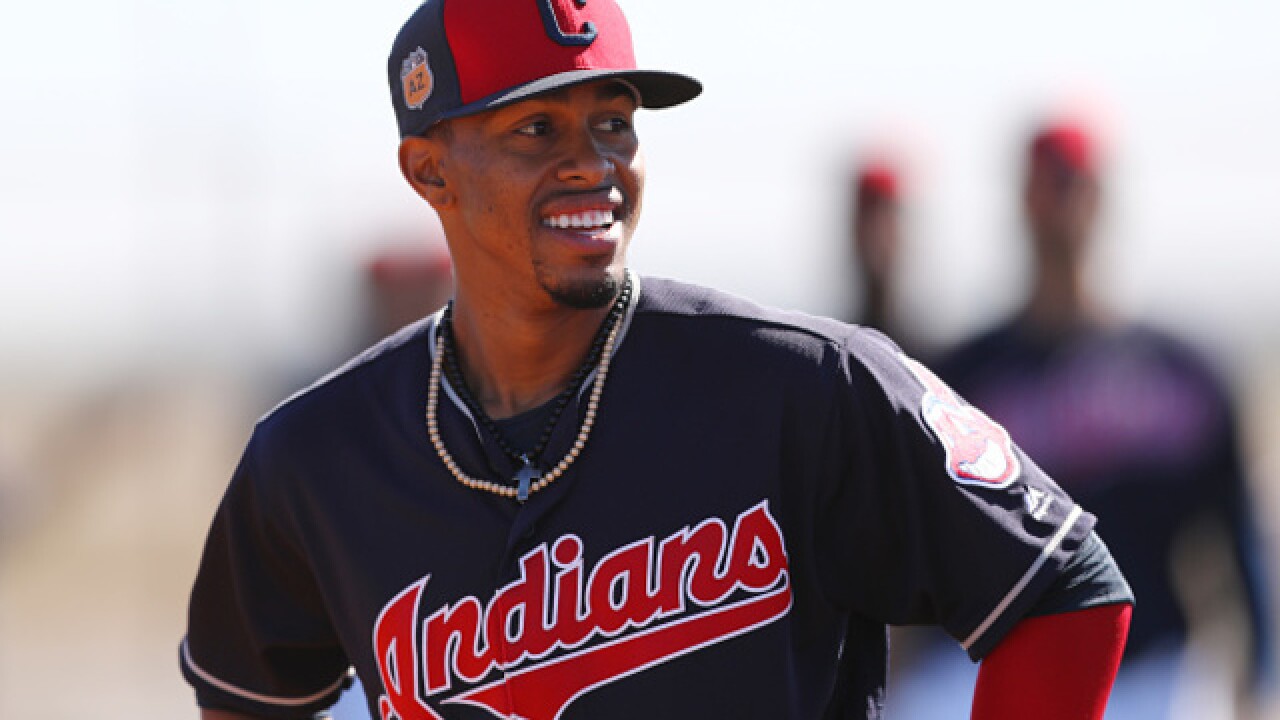 Copyright 2018 The Associated Press. All rights reserved.
Alex Trautwig
<p>GOODYEAR, AZ - FEBRUARY 26: Francisco Lindor #12 of the Cleveland Indians looks on during a workout on Friday, February 24, 2017 at Goodyear Ballpark in Goodyear, Arizona. (Photo by Alex Trautwig/MLB Photos via Getty Images)</p>

Francisco Lindor changed his hair color.  He can't shake the sting from October.

Even months after Cleveland's unexpected loss to the New York Yankees in the AL playoffs, the Indians All-Star shortstop is anguished by a season that seemed headed toward a World Series title.

"I still can't get it out of my head," Lindor said Monday following the club's first full-squad workout. "It's like the girlfriend you break up with. You never get over it. You turn the page but you remember she was there."

Now, the Indians begin anew, intent on accomplishing more than they did in 2017, when they won the AL Central, reeled off a league-record 22 straight wins and led 2-0 in the division series before crumbling.

"When you don't win, that's what you remember the most," Lindor said. "To me, last year was fun. We had a great year, but to me it wasn't a successful season."

The 24-year-old Lindor arrived at camp with his hair dyed platinum grey, a look that prompted heads to turn and triggered a fair share of ribbing from teammates. He's coming off another solid season in which he batted .273 with 33 home runs, 89 RBIs and played his position at an elite level. He finished fifth in the MVP vote.

He's also noticeably stronger, his body far more muscular than in past years.

Before their first on-field workout, Indians manager Terry Francona delivered a familiar talk to his team, which lost a couple big pieces.

"The message never changes," Francona said.  "I don't think it hurts them once a year to hear it again, and for the new guys, I think it's fair. When they step on the field they know what's expected. We want to remind guys exactly how we feel.  We want them to know how we attack the challenges that come our way."

Lindor knows the speech by heart.

While the Indians are favored to defend their division title, there are holes to fill. Seven players left as free agents, including first baseman Carlos Santana, outfielder Jay Bruce and relievers Bryan Shaw and Joe Smith.

"I understand that every team has a window," Lindor said.  "I don't really see a window closing. The people we got back are going to help us get there."

On Sunday, the team re-signed outfielder Rajai Davis, who hit the game-tying home run in the ninth inning of Game 7 in the 2016 series, and Cleveland added free-agent first baseman Yonder Alonso to offset the power drain caused by the loss of Santana and Bruce.

Lindor has already bonded with Alonso, who hit a career-high 28 homers last season after changing his swing.

"Alonso is a very good hitter," Lindor said. "I am learning a lot about hitting. From watching him hit, he's very consistent. He works extremely hard. He is one of the first ones in the clubhouse every day. It's fun.

He's a good person. I look forward to being a teammate and a friend."

Lindor has also been excited to see outfielder Michael Brantley back in the batting cage as he recovers from ankle surgery. Brantley was unable to help the Indians last October, when Cleveland didn't finish the way Lindor wanted.