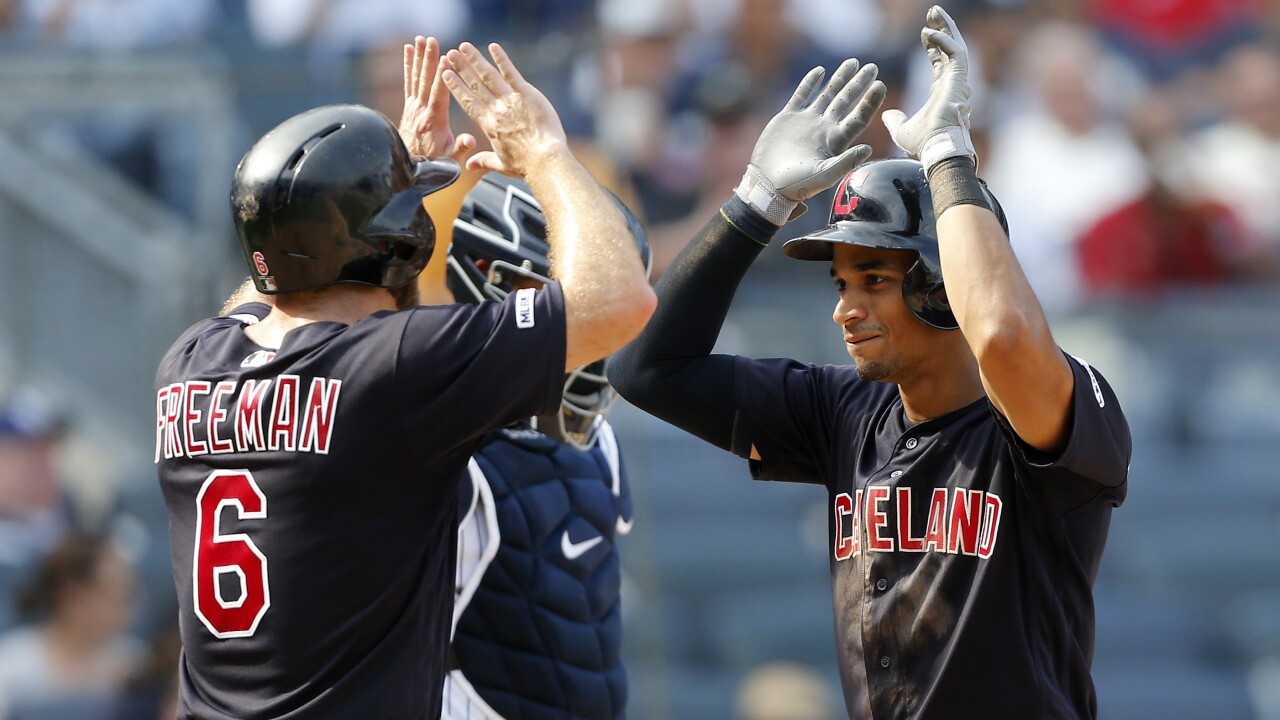 NEW YORK — The Cleveland Indians split their series 2-2 with the New York Yankees in their 8-4 win Sunday afternoon.

The Tribe started the game strong with Mike Clevinger starting on the mound, allowing three hits and recording 10 strikeouts in his five innings.

It does get really sunny this time of year. 🌞#RallyTogether pic.twitter.com/zMlN1Pvxp1

Franmil Reyes singled in the top of the second inning and Roberto Perez was able to push him to second with a grounder to center field. Outfielder Greg Allen reached on a fielder’s choice, sending Reyes home and putting the Tribe on the board.

Just after going up 1-0, third baseman Mike Freeman launched a three-run homer to center field, giving the Indians a 4-0 lead.

It was all Cleveland through the seventh inning with a home run from shortstop Francisco Lindor in the fourth and a line drive from outfielder Oscar Mercado that allowed Freeman to score in the sixth, putting the Tribe up 6-0.

Two additional runs from the Yankees in the bottom of the ninth were not enough to catch up to Cleveland and the Indians won it, 8-4.

The Tribe won two of the four games in their series with New York, moving them to two games behind the Twins in the AL Central standings.

Cleveland will stay in New York as they begin a three-game series with the Mets Tuesday evening.