Leonys Martin will not play again this season, focusing on returning to full health 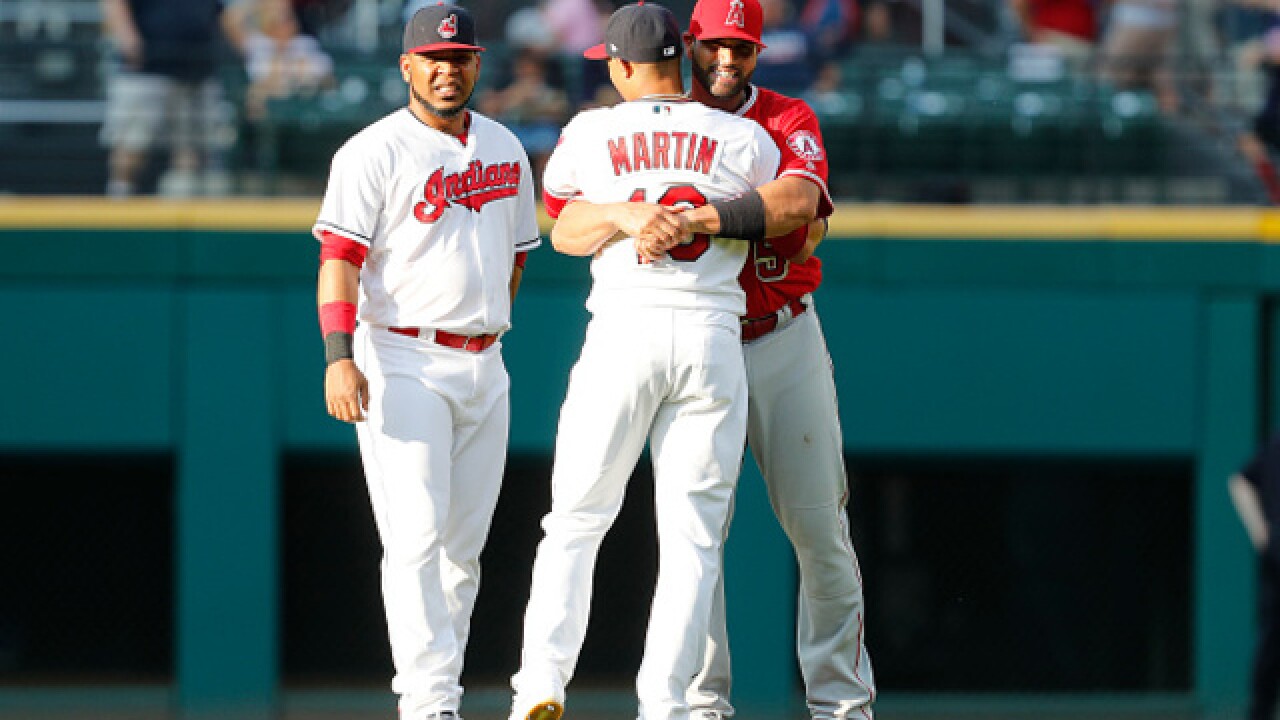 Image copyright 2018 Getty Images. All rights reserved. This material may not be published, broadcast, rewritten, or redistributed.
David Maxwell
<p>CLEVELAND, OH - AUGUST 04: Edwin Encarnacion #10 and Leonys Martin #13 of the Cleveland Indians talk with Albert Pujols #5 of the Los Angeles Angels of Anaheim in the outfield before their game at Progressive Field on August 4, 2018 in Cleveland, Ohio. The Indians defeated the Angels 3-0. (Photo by David Maxwell/Getty Images)</p>

Outfielder Leonys Martin, who is recovering from a life-threatening bacterial infection, is out for the rest of the season, manager Terry Francona told reporters today.

According to Jordan Bastian of MLB.com, Francona said Martin is recovering well, but doctors want him to focus on returning to full health rather than returning to the Indians.

Francona: OF Leonys Martin will not play baseball again this season. No setbacks. He’s recovering well, but doctors want him to focus on a return to full health rather than returning to Indians.

The Indians acquired Martin from the Detroit Tigers at the end of July. Before his illness, he was batting .251 and had nine home runs in 78 games this season.