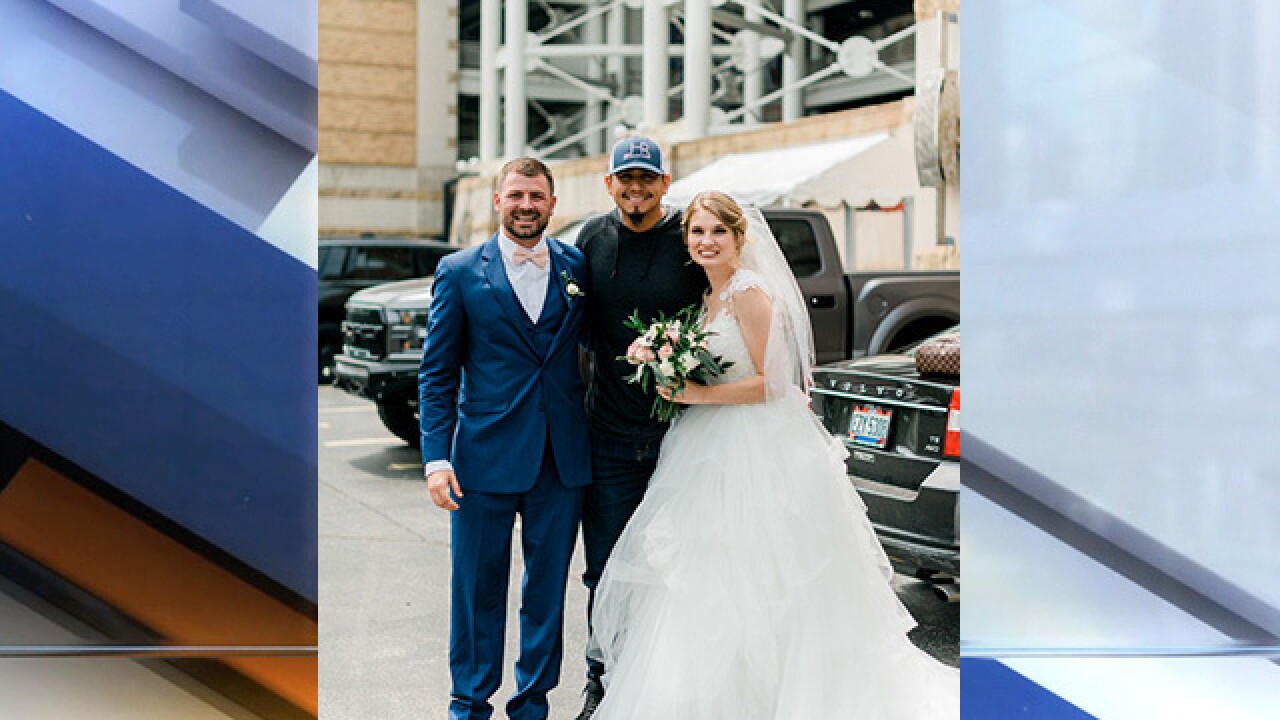 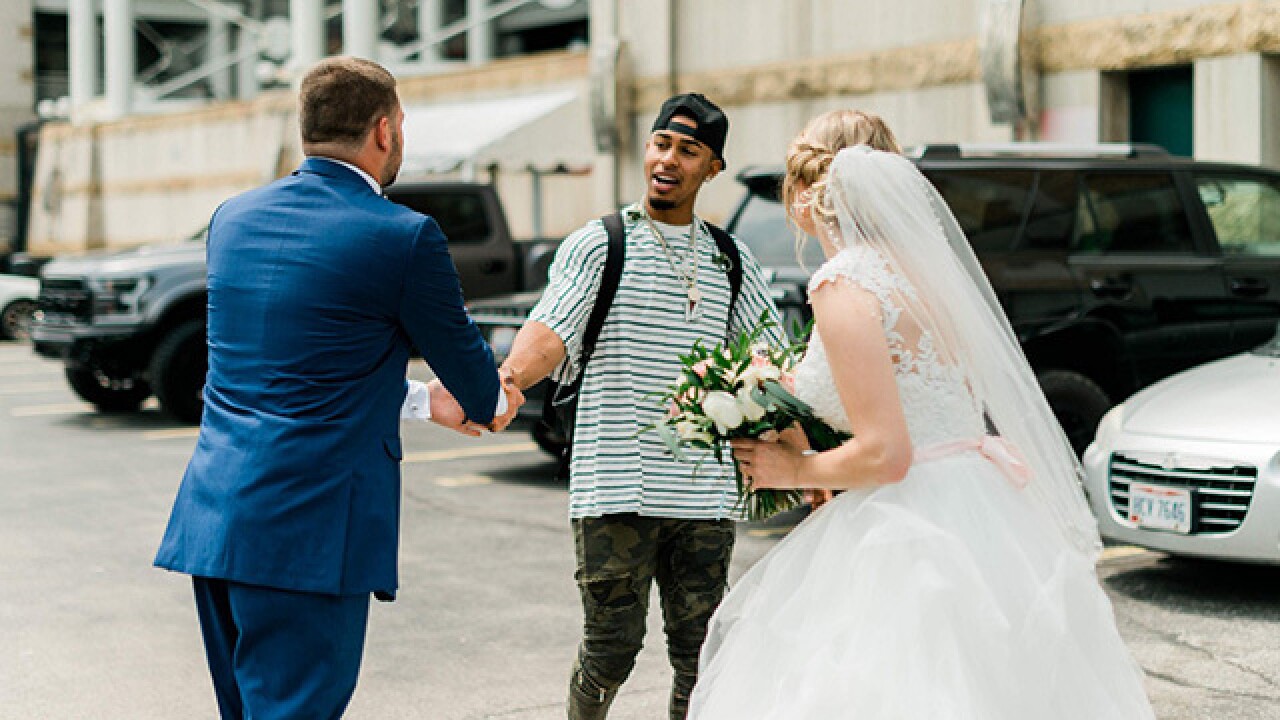 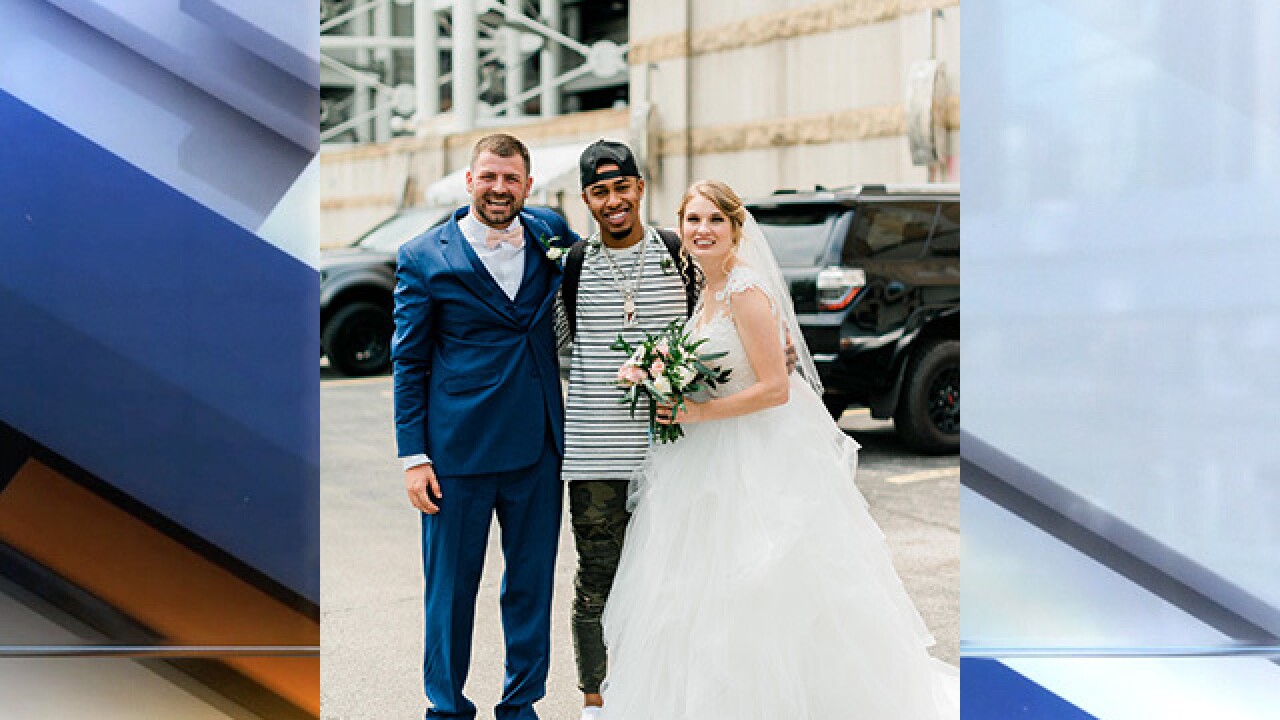 It's wedding season, and that means all over Cleveland newlyweds will be taking pictures in big, white, elegant dresses and sharp looking tuxedos. One couple recently stopped at Progressive Field for some pictures of their big day, and they got some pretty cool extras in their photos.

Francisco Lindor and Carlos Carrasco arrived in the player's lot as the bride, groom and their wedding party walked around the stadium in search of a good photo opp, according to TribeVibe.  The groom, Tom Blankenship, seized the opportunity to include the players on his special day.

Blankenship retold the story to TribeVibe, an MLB Blog for the Indians:

For the pictures, we had taken them at the left field entrance and then walked to the home plate entrance. We were walking back to the limo and while we passed the players lot, a car pulled in and Frankie got out. I kinda just yelled over to him that we just got married and asked if we could get a picture. Then he told us to go over to the gate and come on in. Once we got our pictures with Frankie, another car pulled in and I could tell it was Carlos, so once he got out I once again asked him if we could get a picture since we just got married. He told the security guard to let us come back and he took a picture with us. Both of them were incredibly kind and told us good luck in our marriage. My wife says I smiled bigger meeting them than the entire day.

Blankenship said the Indians have been a big part of his relationship with his wife, MaryKate, making the pictures even more special. He told TribeVibe the two are Cleveland natives and huge fans who go to about 10 to 15 Indians games together every year.

Congratulations, Mr. and Mrs. Blankenship! Make sure to put these ones on the mantle.