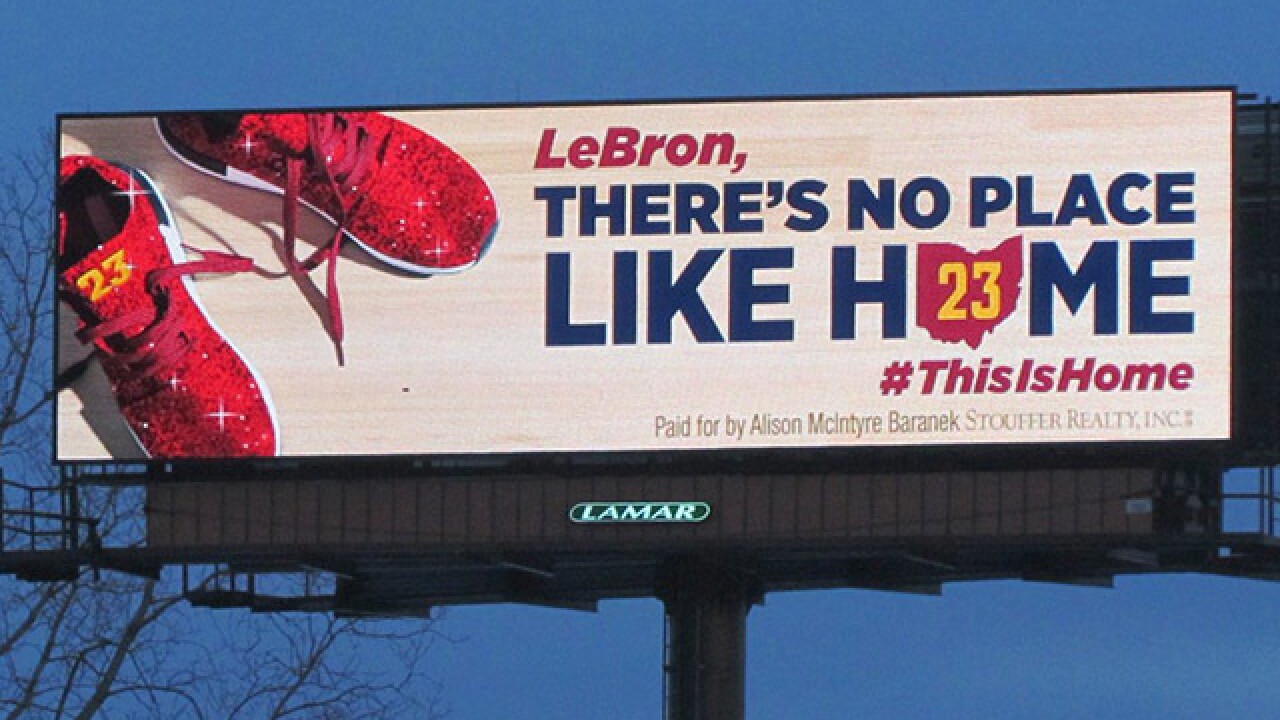 Copyright 2018 Scripps Media, Inc. All rights reserved. This material may not be published, broadcast, rewritten, or redistributed.
<p>Courtesy: @AlisonMBaranek/Twitter</p>

Another billboard has popped up to give LeBron James something to think about, but this time, the billboard buyer is local and making a statement right in the king's hometown.

An Akron billboard is reminding LeBron to take a page out of Dorothy's book and remember there's no place like home.

The billboard caters to LeBron love of shoes, features Ohio and his number, 23, and blatantly says, "LeBron, there's no place like home #ThisIsHome."

But this may not be the way to LeBron's heart. He told ESPN that people have been trying to tell him where to go or what to do with his life since he was a high schooler in Akron. He said he knows what's important and what keeps him focused. He said right now he's just focused on the present, and he'll worry about the future when he gets there.

"I heard talks of me being able to go straight to the NBA and being the No. 1 pick after my junior year in high school. I heard that, but it didn't affect me," LeBron told ESPN.

"There was talks of me leaving St. Vincent-St. Mary and going to Oak Hill [Academy]. There could've been a billboard back then. But it was like, 'No, I'm not doing that. I understand what's important now. What's important now is finishing the school year up and see what happens after the season.' I've always been that way. When I was a kid, I've always just tackled the main thing at the present time and worried about the future when it's upon me," he said.

The billboards were paid for by Alison McIntyre Baranek of Stouffer Realty.

RELATED: Someone's wasting a lot of money on the misbegotten belief LeBron can be recruited with billboards