Los Angeles billboards try to bring #LABron to the Lakers 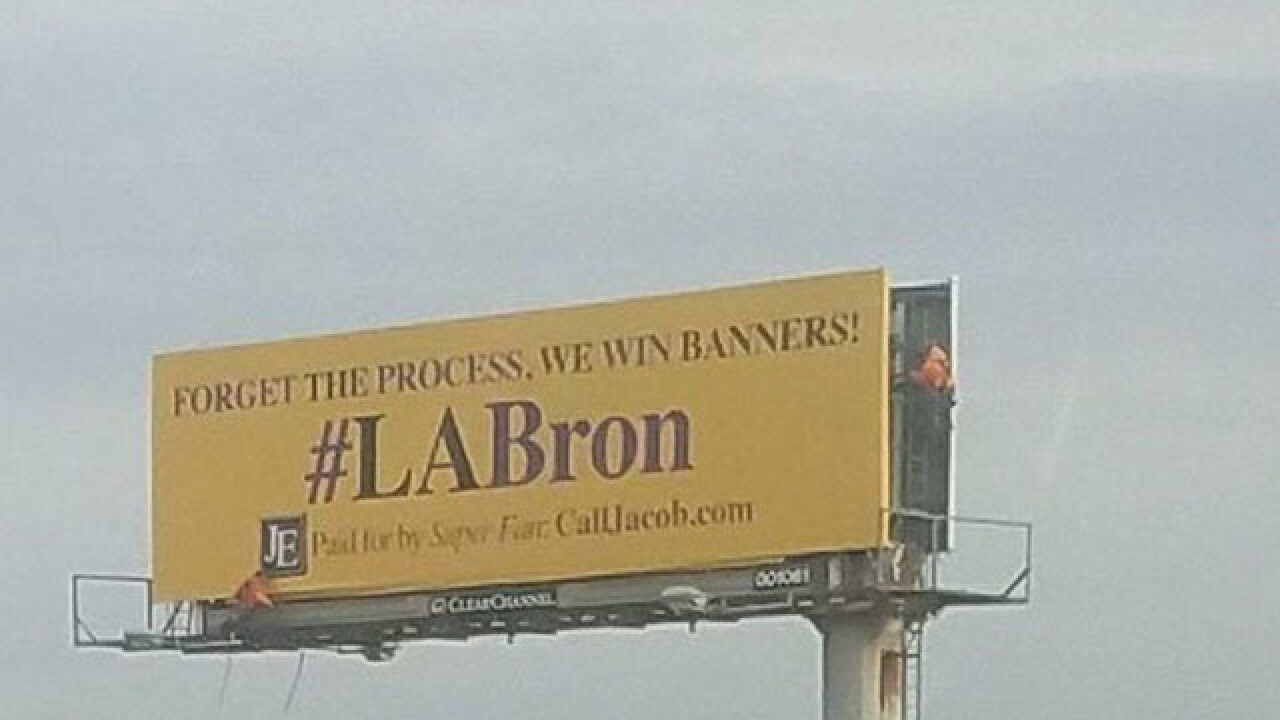 It seems like everyone wants a piece of LeBron, and they seem to think that the way to his heart is through grand gestures. And by grand gestures we mean billboards.

First, it was Philadelphia fans trying to lure LeBron away from The Land with billboards along I-480.

Now a Lakers fan is attempting to entice the King to sign with his team -- using billboards.

The billboard even makes a dig at Cleveland and Philly.

@ESPNLosAngeles LA is now the latest to post a billboard to recruit LeBron. Big sign on Westwood Blvd. pic.twitter.com/XnR1YqiJxx

The Lakers are 28-35 and in 11th place in the West. If they finish the season strong they can take pride in just missing the playoffs.