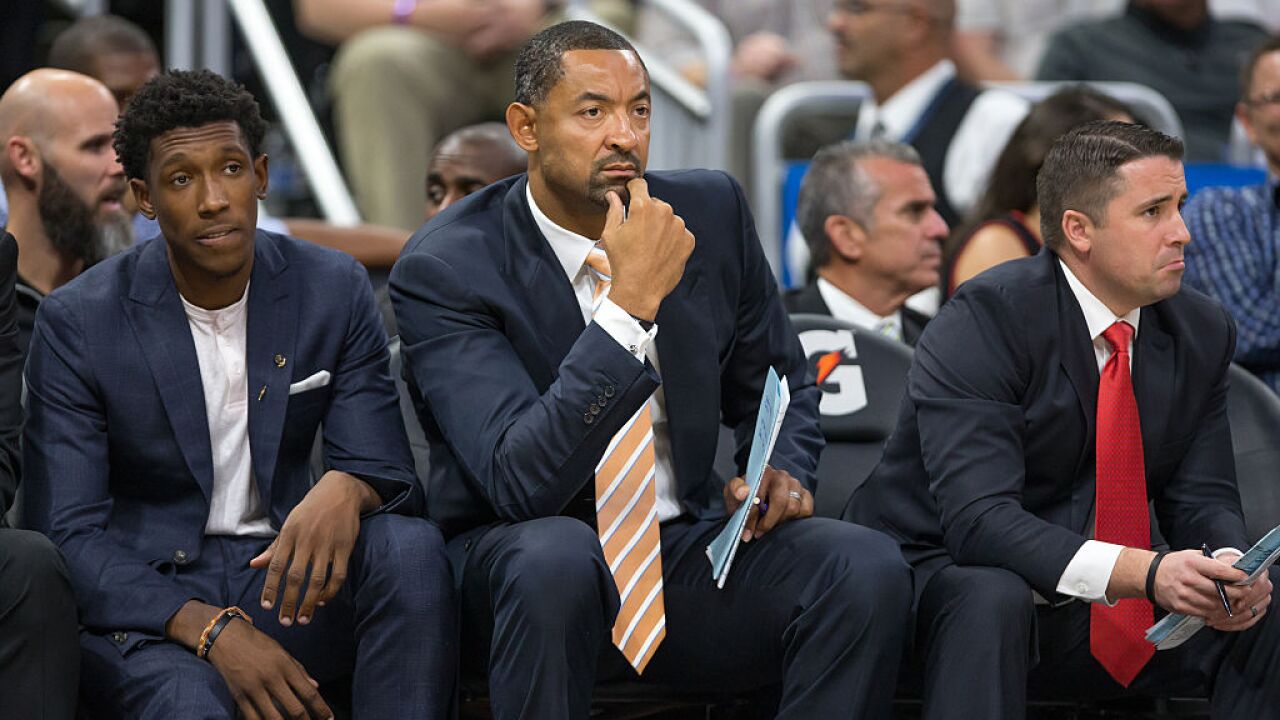 Manuela Davies/Getty Images
ORLANDO, FL - OCTOBER 26: Josh Richardson #0 and assistant coach Juwan Howard of the Miami Heat on the bench on opening night against the Orlando Magic on October 26, 2016 at Amway Center in Orlando, Florida. NOTE TO USER: User expressly acknowledges and agrees that, by downloading and or using this photograph, User is consenting to the terms and conditions of the Getty Images License Agreement. (Photo by Manuela Davies/Getty Images)

CLEVELAND — The first two coaching candidates set to interview with the Cavaliers have no NBA head coaching experience.

That doesn’t mean they’re not qualified.

The Cavs have scheduled meetings this week with Dallas assistant Jamahl Mosley and Miami’s Juwan Howard for the job, a person familiar with the team’s plans told The Associated Press on Monday. The interviews are the only ones finalized so far, said the person who spoke on condition of anonymity because the team is not publicly commenting during its search to hire Cleveland’s fifth coach since 2013.

Mosley has some connections with the Cavs, spending four seasons as an assistant with the club before joining Dallas’ staff in 2014. He just completed his fifth season with the Mavericks, who promoted him to defensive coordinator before last season. Mosley has risen through the coaching ranks and has extensive background in player development, an essential for the Cavs, who have a young roster.

The Cavs are looking for a new coach since parting last week with Larry Drew following a 19-win season. Drew took over in October after Tyronn Lue was fired and did all he could to keep the Cavs competitive amid numerous injuries and an ever-changing roster.

General manager Koby Altman has not put any timeline on a search he promised would be expansive.

Mosley and Howard were immediately available to meet with the Cavs because their teams are not in the playoffs. Altman and his staff intend to speak with assistants currently in the postseason, with Denver’s Jordi Fernandez, Utah’s Alex Jensen and Portland’s David Vanterpool among the coaches expected to be contacted by the Cavs.

“On our list, there are candidates that are on playoff teams,” Altman said. “I’m going to be super sensitive to that. But, us being done this early affords us some time to really think this out and want to do it the right way. And being super sensitive to teams that are in the playoffs right now. I want those guys, their focus to be on helping their team right now.”