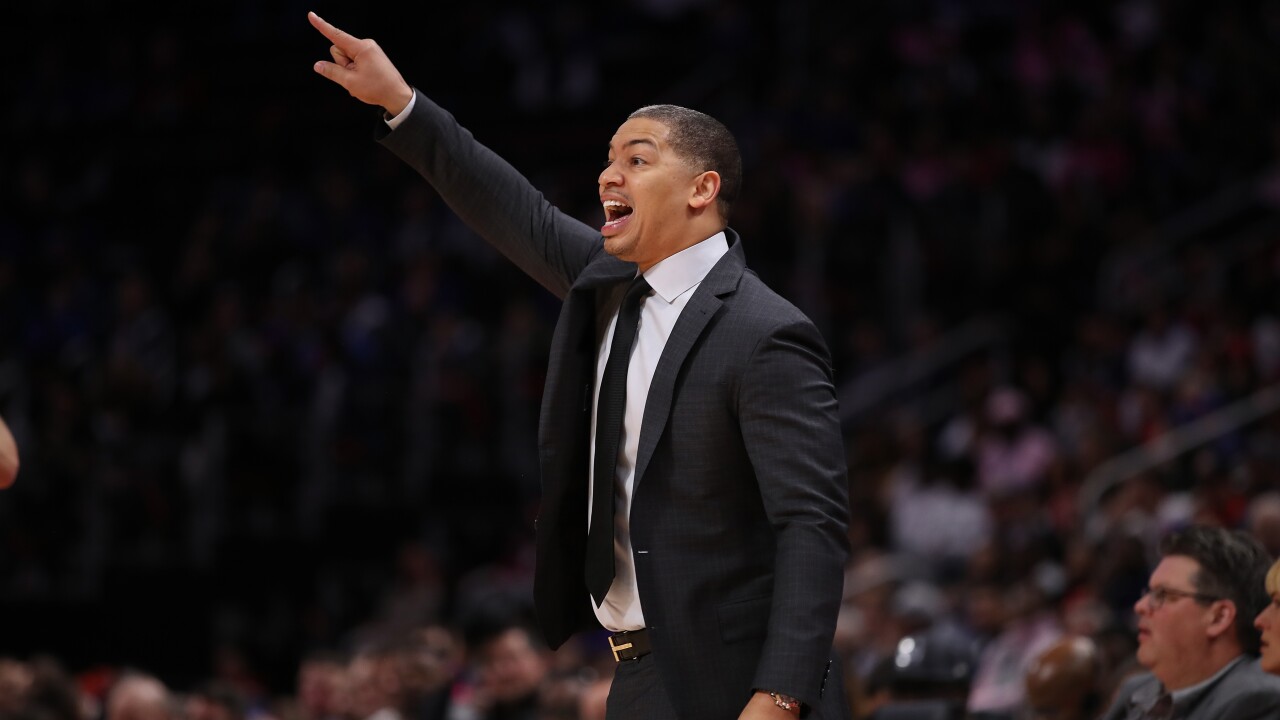 Gregory Shamus/Getty Images
DETROIT, MI - OCTOBER 25: Head coach Tyronn Lue of the Cleveland Cavaliers reacts from the bench while playing the Detroit Pistons at Little Caesars Arena on October 25, 2018 in Detroit, Michigan. Detroit won the game 110-103. NOTE TO USER: User expressly acknowledges and agrees that, by downloading and or using this photograph, User is consenting to the terms and conditions of the Getty Images License Agreement. (Photo by Gregory Shamus/Getty Images)

LOS ANGELES — LeBron James left the Cleveland Cavaliers last year to play for the Los Angeles Lakers. Mid-season last year, the Cavs fired then-head coach Tyronn Lue. The two might find their paths crossing once again, according to a report from ESPN.

The Lakers announced on Friday that they had mutually parted ways with head coach Luke Walton.

ESPN’s Adrian Wojnarowski reported that Lue is a strong frontrunner to replace Walton as head coach of the Lakers.

The Cavs named Lue head coach in the middle of the 2016 Championship season after the firing of Blatt. Lue became the first coach in NBA history to win his first 10 playoff games.

Lue coached the LeBron-led Cavs for two more seasons before being fired and replaced with Larry Drew in October 2018 following a 0-6 start to the season.

Walton finished his third season as head coach of the Lakers with a disappointing 37-45 record following James' arrival, which brought high expectations for the team.