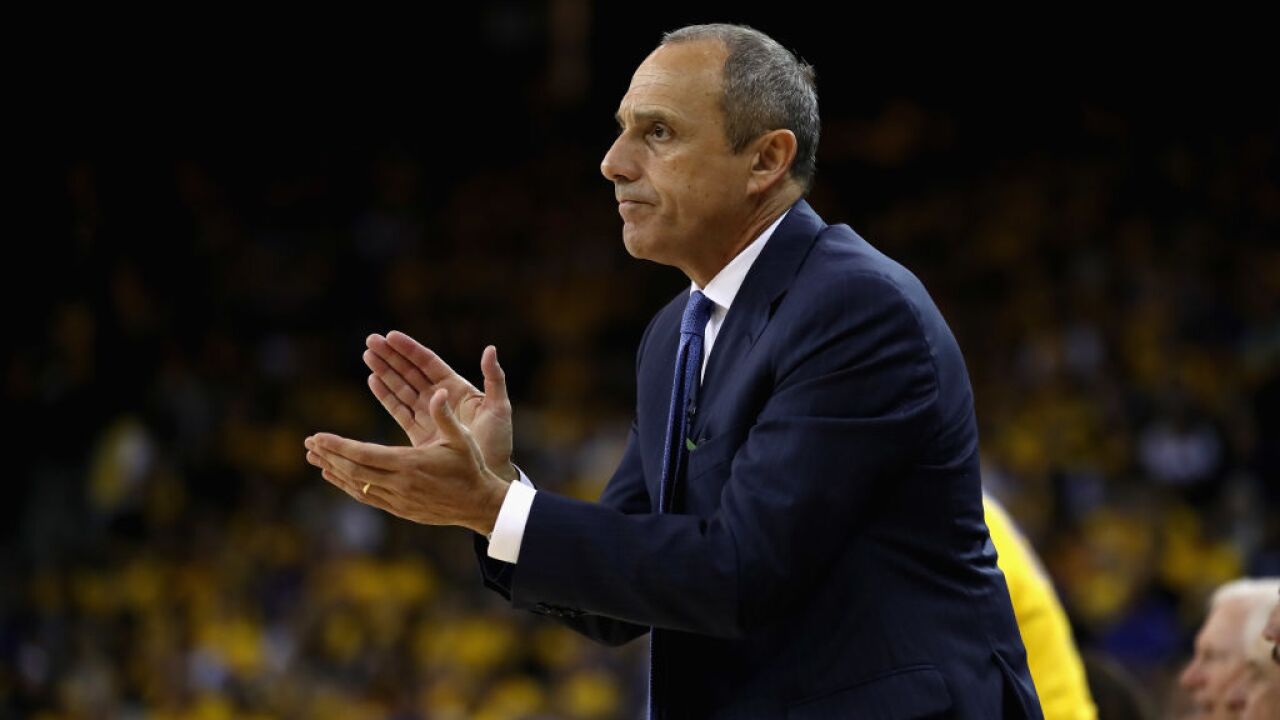 Ezra Shaw/Getty Images
OAKLAND, CA - APRIL 24: San Antonio assistant coach Ettore Messina claps for his team during Game Five against the Golden State Warriors of Round One of the 2018 NBA Playoffs at ORACLE Arena on April 24, 2018 in Oakland, California. NOTE TO USER: User expressly acknowledges and agrees that, by downloading and or using this photograph, User is consenting to the terms and conditions of the Getty Images License Agreement. (Photo by Ezra Shaw/Getty Images)

CLEVELAND — The Cavaliers experimented with a successful European coach a few years ago with mixed results. They may try it again.

Cleveland has scheduled an interview this week with San Antonio Spurs assistant Ettore Messina, a person familiar with the Cavs’ coaching search said Monday. The person spoke on condition of anonymity because the team is keeping details of its search confidential.

Messina’s coaching resume includes an impeccable run in Europe, where he won numerous titles and also coached Italy’s national team. The 59-year-old Messina has worked on coach Gregg Popovich’s staff in San Antonio since 2014 and is widely regarded as one of the NBA’s top assistants.

He’ll be the second Spurs assistant to meet with Cleveland, which interviewed Ime Udoka on Sunday.

It’s not known if owner Dan Gilbert is taking part in the interviews.

The Cavs ended an expansive, 39-day search for a coach in 2014 by hiring David Blatt, who like Messina, had major success in Europe. But while Blatt did win with Cleveland, getting the team to the NBA Finals in his first season, he struggled to mesh with players, including mega star LeBron James, and was fired midway through his second season despite a 30-11 record.

Cleveland went on to win the title that season under Tyronn Lue, who was fired early last season after an 0-6 start.

The Cavs are in the fourth week of a coaching search that began after the team parted with Larry Drew, who went 19-57 after replacing Lue. Drew endured a season filled with injuries and roster upheaval.

But with the Nuggets and Trail Blazers tied 2-2 in their Western Conference semifinal, it’s unlikely the Cavs will speak to any of those candidates until after their teams have been eliminated.