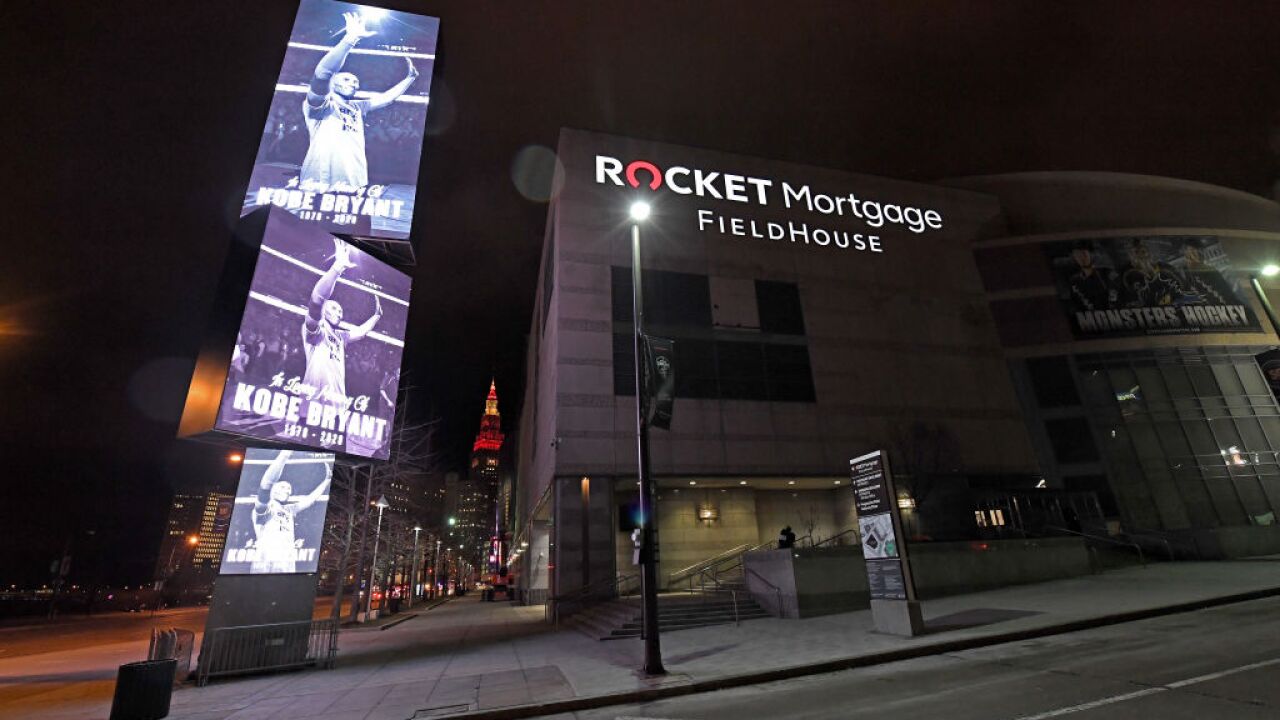 Jason Miller/Getty Images
CLEVELAND, OHIO - JANUARY 28: A tribute to former Los Angeles Lakers great Kobe Bryant is shown outside Rocket Mortgage Fieldhouse prior to the game between the Cleveland Cavaliers and the New Orleans Pelicans on January 28, 2020 in Cleveland, Ohio. NOTE TO USER: User expressly acknowledges and agrees that, by downloading and/or using this photograph, user is consenting to the terms and conditions of the Getty Images License Agreement. (Photo by Jason Miller/Getty Images)

CLEVELAND — The Cleveland Cavaliers honored NBA legend Kobe Bryant during their first home game since his passing on Tuesday.

The Cavaliers started the game with a 24.8 second moment of silence in honor of Bryant.

The Cleveland Cavaliers pay tribute to Kobe Bryant and his daughter, Gianna, by holding a 24.8 second moment of silence. pic.twitter.com/JwW2FK44Ao

During the first time out of the game, the team played a tribute video, showcasing Bryant's moments in Cleveland and with members of the Cavaliers.

"THEY LOVE THIS KID!"

Kobe made a strong first impression in the NBA with a rookie slam dunk win right here in Cleveland.#Cavs50 pic.twitter.com/H1TfJRiZtK

Before the game, Kevin Love wore a Bryant jersey when he arrived at Rocket Mortgage Fieldhouse.

Cavalier power forward Larry Nance Jr. wore a No. 24 jersey during the game, instead of his usual No. 22.

Nance played on the Lakers with Bryant in 2015 and before getting traded to the Cavs in 2016.

Bryant died tragically in a helicopter crash on Sunday.