Kevin Love won't have surgery, expected to be out for eight weeks 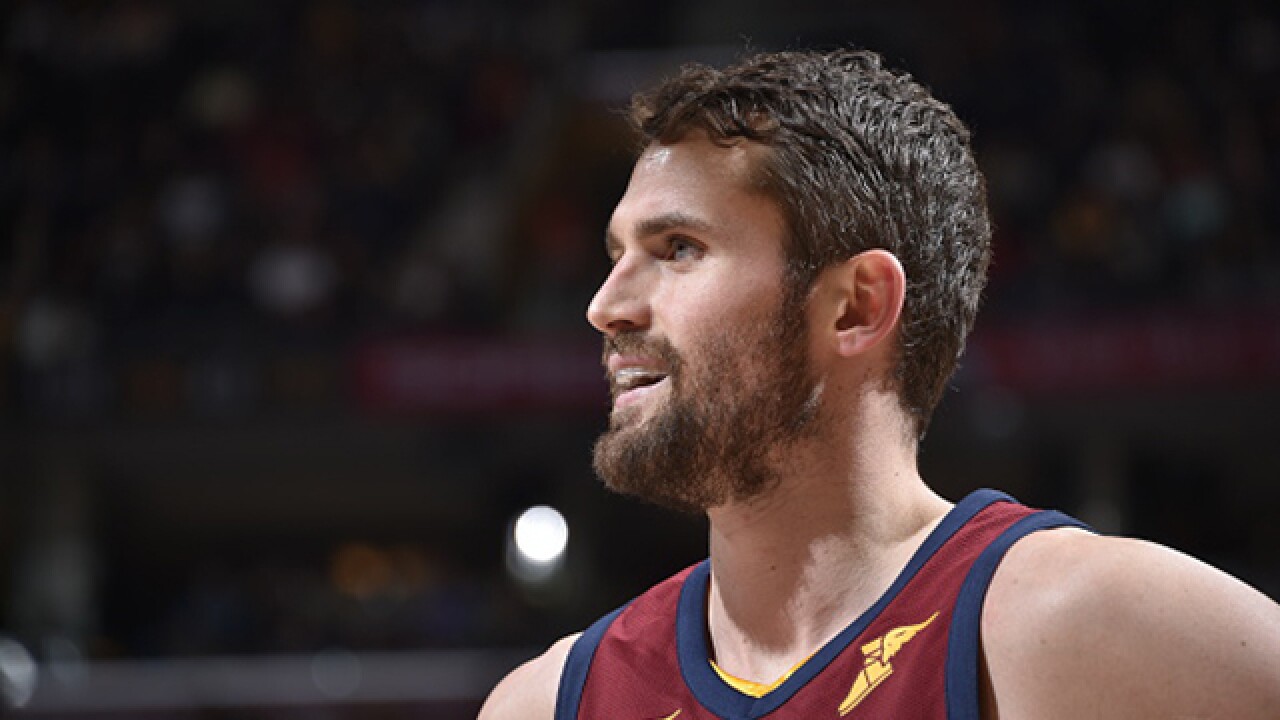 Copyright 2018 Scripps Media, Inc. All rights reserved. This material may not be published, broadcast, rewritten, or redistributed.
David Liam Kyle
<p>CLEVELAND, OH - JANUARY 28: Kevin Love #0 of the Cleveland Cavaliers looks on during the game against the Detroit Pistons on January 28, 2018 at Quicken Loans Arena in Cleveland, Ohio. NOTE TO USER: User expressly acknowledges and agrees that, by downloading and or using this Photograph, user is consenting to the terms and conditions of the Getty Images License Agreement. Mandatory Copyright Notice: Copyright 2018 NBAE (Photo by David Liam Kyle/NBAE via Getty Images)</p>

The Cleveland Cavaliers say Kevin Love will not have surgery after he broke his hand during Tuesday's game against the Pistons, but he will be out for approximately eight weeks.

Love underwent consultation relating to the non-displaced fracture of his left-hand fifth metacarpal in New York City on Thursday.

RELATED: Will the Cavs make the playoffs?

He will undergo a non-surgical treatment and rehabilitation repair his injury.

Love's injury adds to a team already having trouble getting its rhythm.

"Obviously with everything (that's) been going on as of late with our ballclub, just trying to figure out how we're going to play every night, different lineups and getting everybody into the flow, we don't need to have Kevin go out like that," James told NBA.com