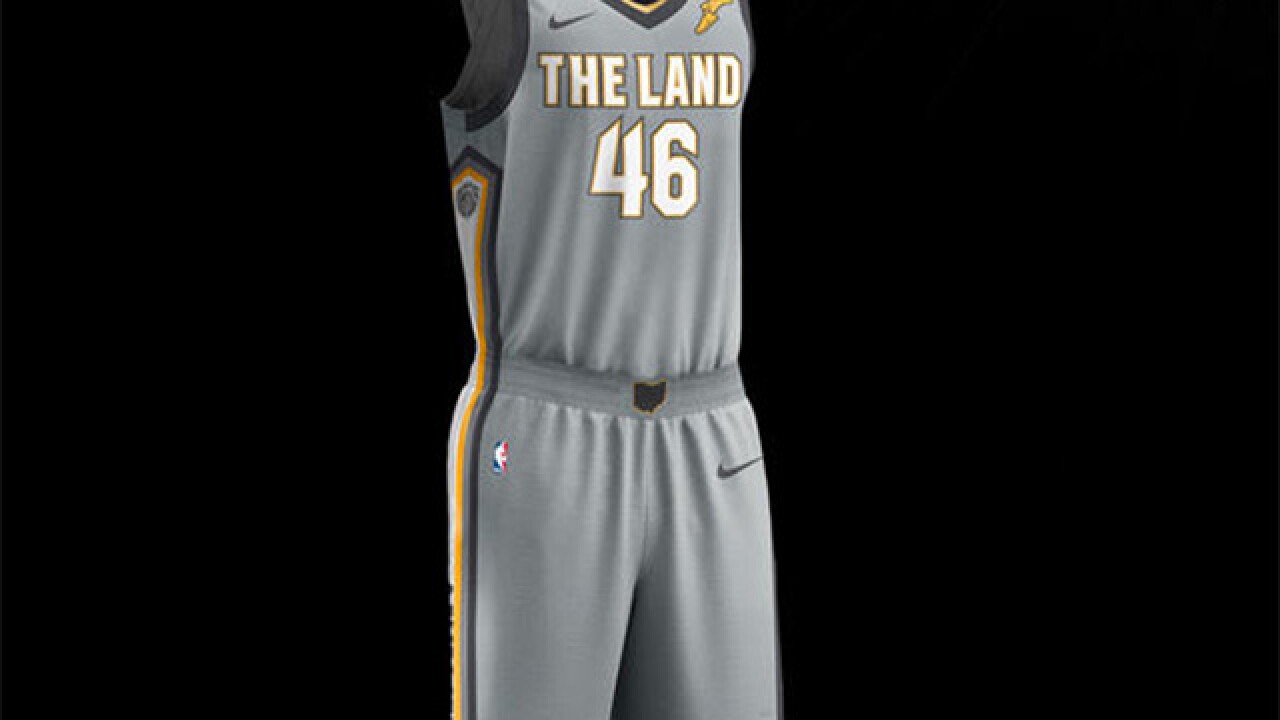 When Nike and the NBA partnered earlier this year, they decided to move away from traditional home, away and alternate uniforms and turn instead to celebrating the elements of the 30 franchises within the league.

The Association, Icon and Statement Editions were revealed earlier this year, and now comes the fourth uniform category - The City Edition.

The latest design honors Cleveland fans, and is intended to capture our unwavering pride, loyalty and passions for the team.

Paying tribute to the team and its fans' all-for-one-and-one-for-all spirit to protect and "Defend The Land," the word "Defend" is displayed near the NBA and Nike logos.

The side panels of the uniforms have the Cavs' shield logo, and the middle of the waistband on the shorts shows a silhouette of the state of Ohio. "The Land" is boldly displayed across the chest of jersey. It probably won't surprise you to learn that the guy who popularized "The Land" had a hand in the uniform's design.

"They're phenomenal," LeBron James said on Wednesday. "I was happy to be a part of it. I love the color scheme, I love the Ohio crest on the front of the shorts, I like the color combination of the gray with the gold in navy ... they allowed us to do a lot with it."