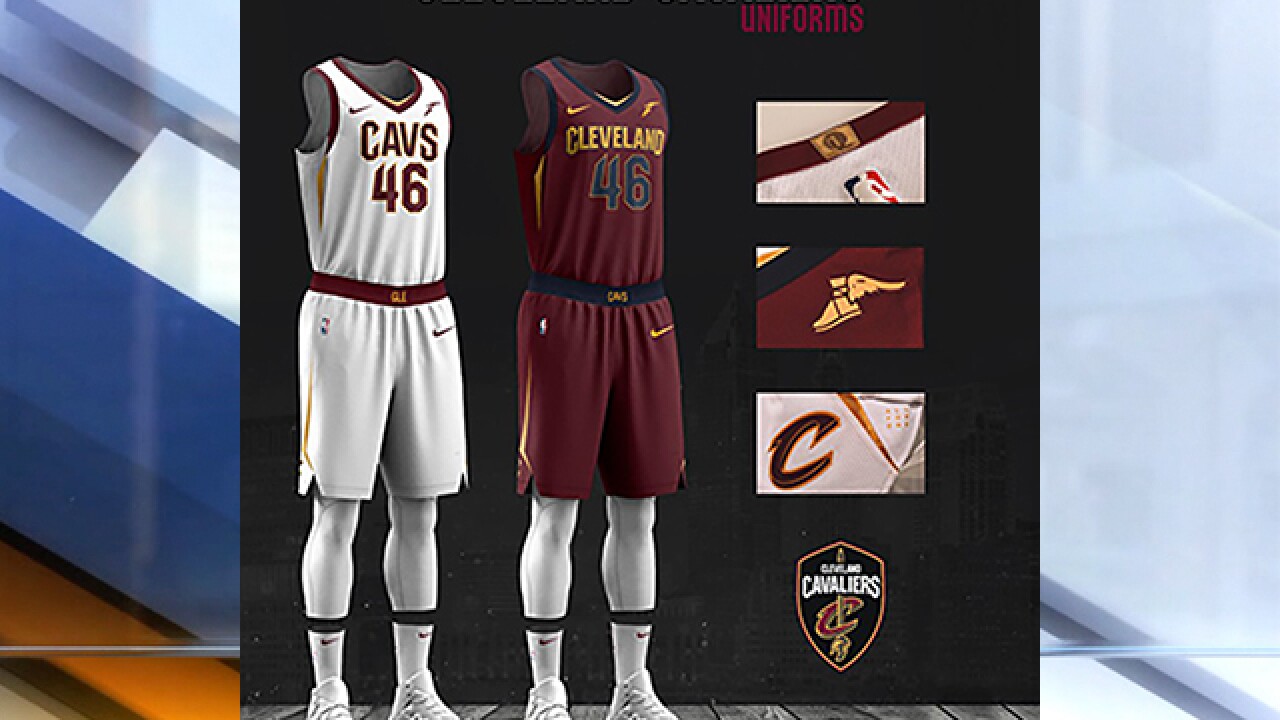 Copyright 2017 Scripps Media, Inc. All rights reserved. This material may not be published, broadcast, rewritten, or redistributed.
<p>Courtesy: Cleveland Cavaliers</p>

The Cleveland Cavaliers will hit the court with a new look for the 2017-2018 season.

The Association edition pays homage to the NBA, giving every team a traditional white jersey. The Icon edition is the primary color uniform that represents the team. Teams will also no longer have a "home" or "road" color designation. The home team will choose which uniform they wear at home games and the visiting team will wear a contrasting color.

The Cavs' uniforms also feature Nike's Swoosh and The Goodyear Tire & Rubber Company's Wingfoot. The Cavaliers announced a multi-year partnership with Goodyear in May. The NBA struck a multi-year agreement with Nike in 2015.

Each uniform has an image of a shield to reflect the team's commitment to "Defend The Land." The statement "All For One. One For All." is also displayed on the uniforms. To represent the team's first NBA championship in 2016, the back center collar of each jersey has a small gold square with the number "1" inside an outline of teh Larry O'Brien trophy.

The Shield.
The Swoosh.
The Wingfoot.
Introducing our new coat of armor → https://t.co/iuYLihcVwT #AllForOne pic.twitter.com/QjqpaYQmxb