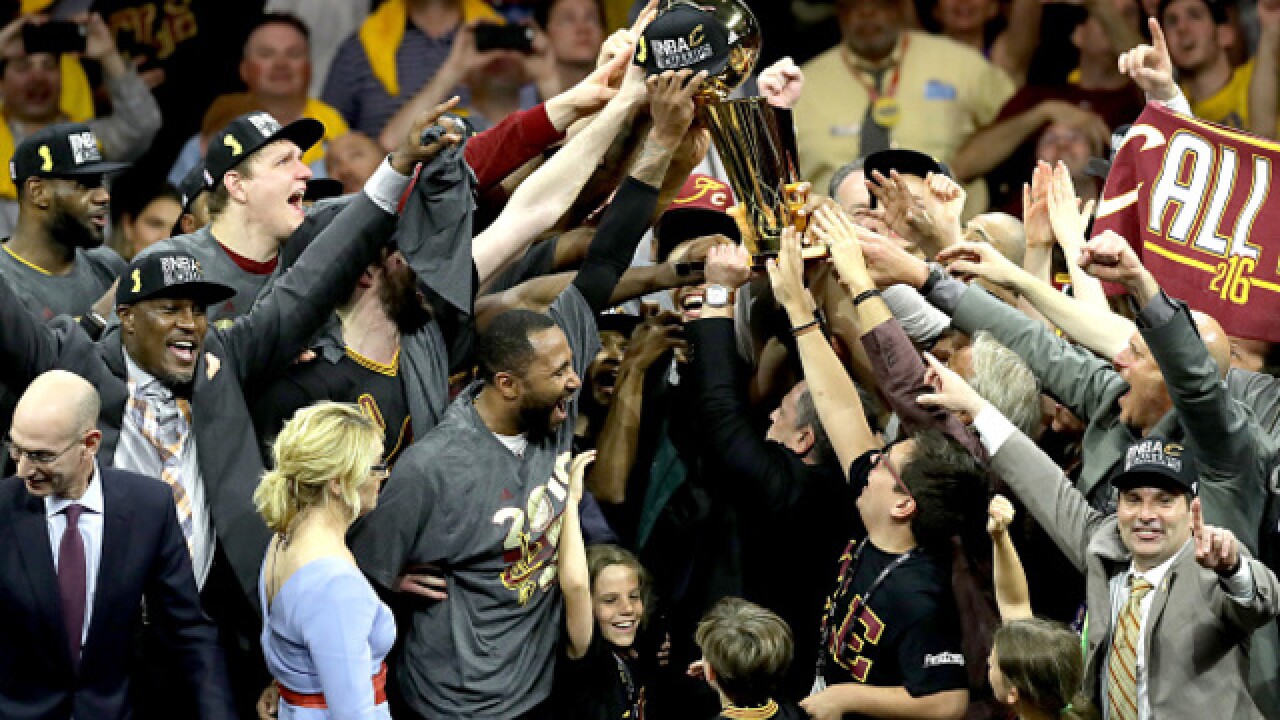 Image copyright 2018 Getty Images. All rights reserved. This material may not be published, broadcast, rewritten, or redistributed.
Ronald Martinez
<p>OAKLAND, CA - JUNE 19: Cleveland Cavaliers owner Dan Gilbert, holds the Larry O'Brien Championship Trophy after the Cavaliers defeated the Golden State Warriors 93-89 in Game 7 of the 2016 NBA Finals at ORACLE Arena on June 19, 2016 in Oakland, California. NOTE TO USER: User expressly acknowledges and agrees that, by downloading and or using this photograph, User is consenting to the terms and conditions of the Getty Images License Agreement. (Photo by Ronald Martinez/Getty Images)</p>

After the heartbreaking news that LeBron James decided to take his talents to the west coast, Cavs owner Dan Gilbert released a statement early Monday morning thanking the King for ending the city's 52-year drought by delivering a championship many thought they would never see.

Read the following statement below:

“We will always remember the evening of June 19, 2016 as the Cleveland Cavaliers, led by LeBron James, ended the 52-year drought delivering the long elusive championship that many thought they would never see... A championship that united generations of Clevelanders, both living and passed.

Virtually anyone with roots in Northeast Ohio paused and felt the memories of the past and the utter joy that the burden of the so-called ‘curse’ was finally a thing of the past. Cleveland, Ohio was the home of a championship team for the first time since 1964. Words do not express the meaning and the feeling this accomplishment brought to the people of Northeast Ohio.

None of this would have happened if LeBron James did not agree to come back home and lead the Cavaliers to the promised land. The entire Cavaliers franchise thanks LeBron for that precious moment and for all of the excitement he delivered as he led our team to four straight NBA Finals appearances.

LeBron is a family man, first. We wish his kids, his wife Savannah, his mother Gloria, and LeBron himself nothing but the best in the years and decades ahead. LeBron’s connection to Akron, Cleveland and all of Northeast Ohio will most certainly endure as his commitment to the region and his support of many important causes has been impactful to so many kids and families.

LeBron, you came home and delivered the ultimate goal. Nothing but appreciation and gratitude for everything you put into every moment you spent in a Cavaliers uniform. We look forward to the retirement of the famous #23 Cavs jersey one day down the line...”

James agreed to sign a four-year, $154 million contract with the Los Angeles Lakers. This is the third time in eight years James has changed teams.